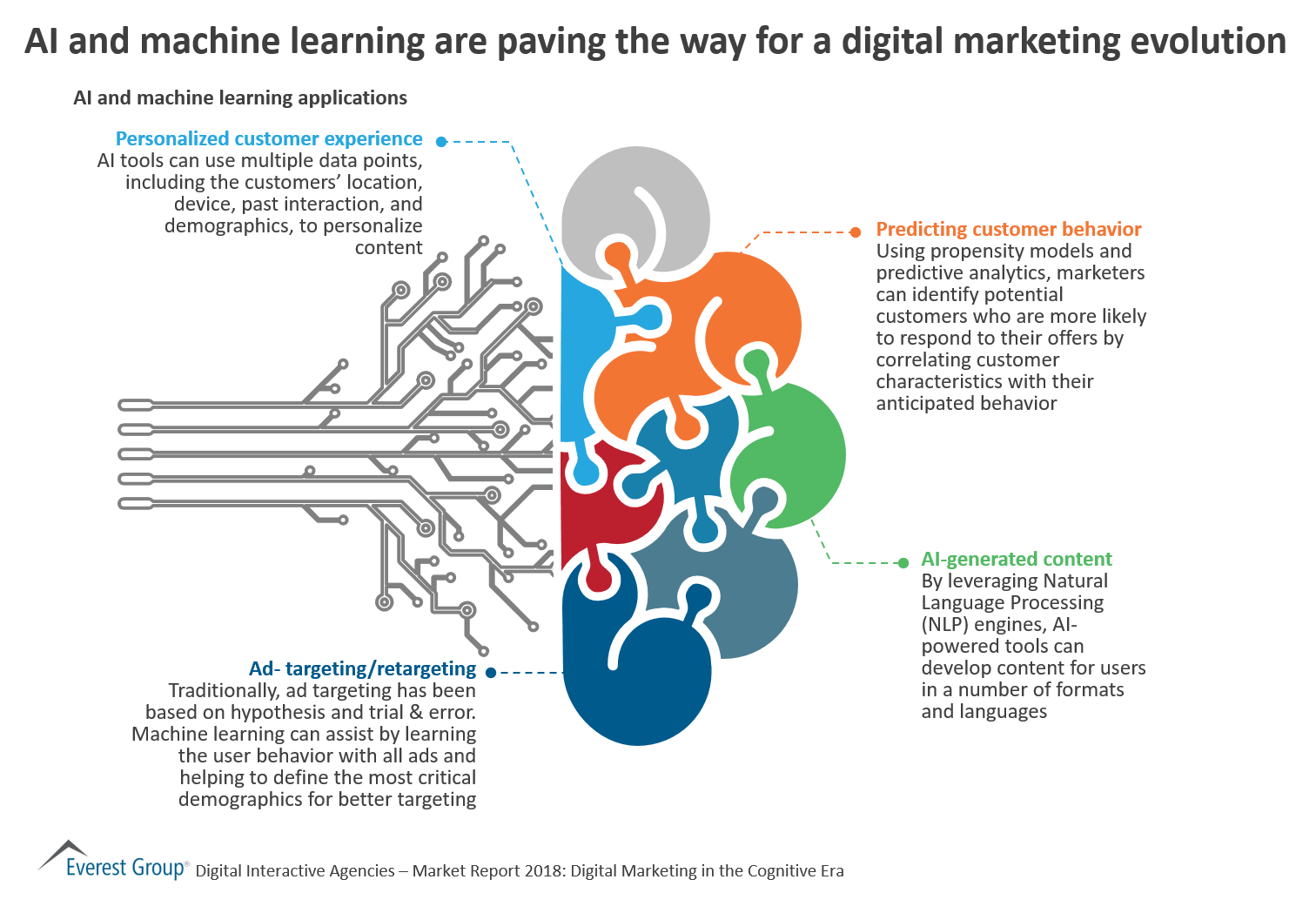 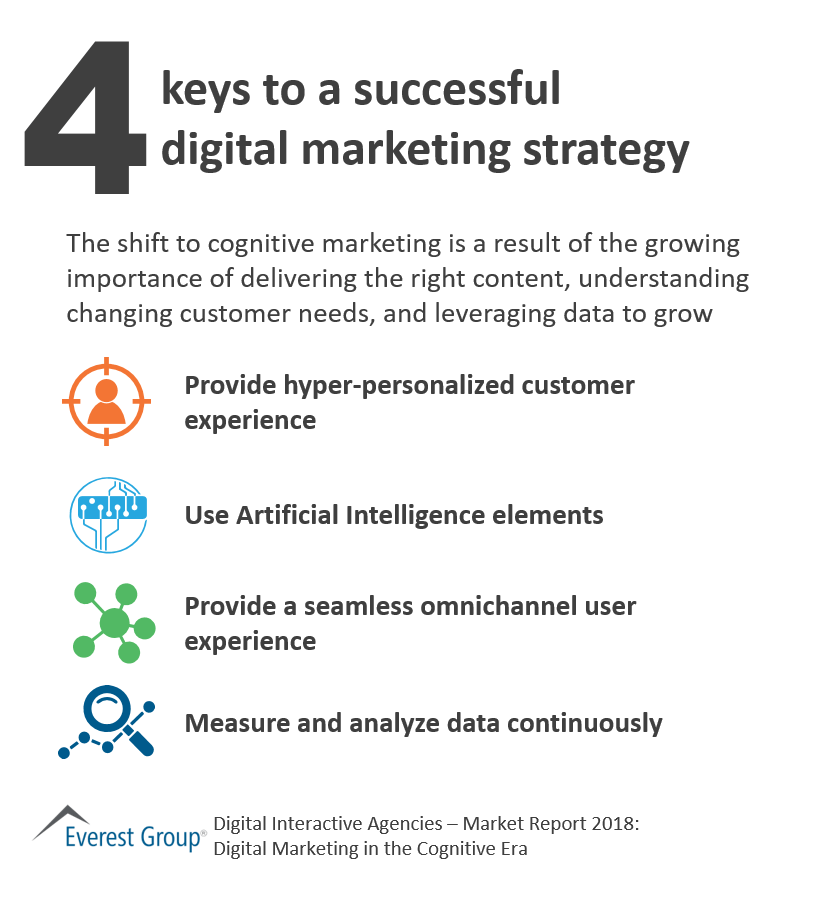 The shift to cognitive marketing is a result of the growing importance of delivering the right content, understanding changing customer needs, and leveraging data to grow 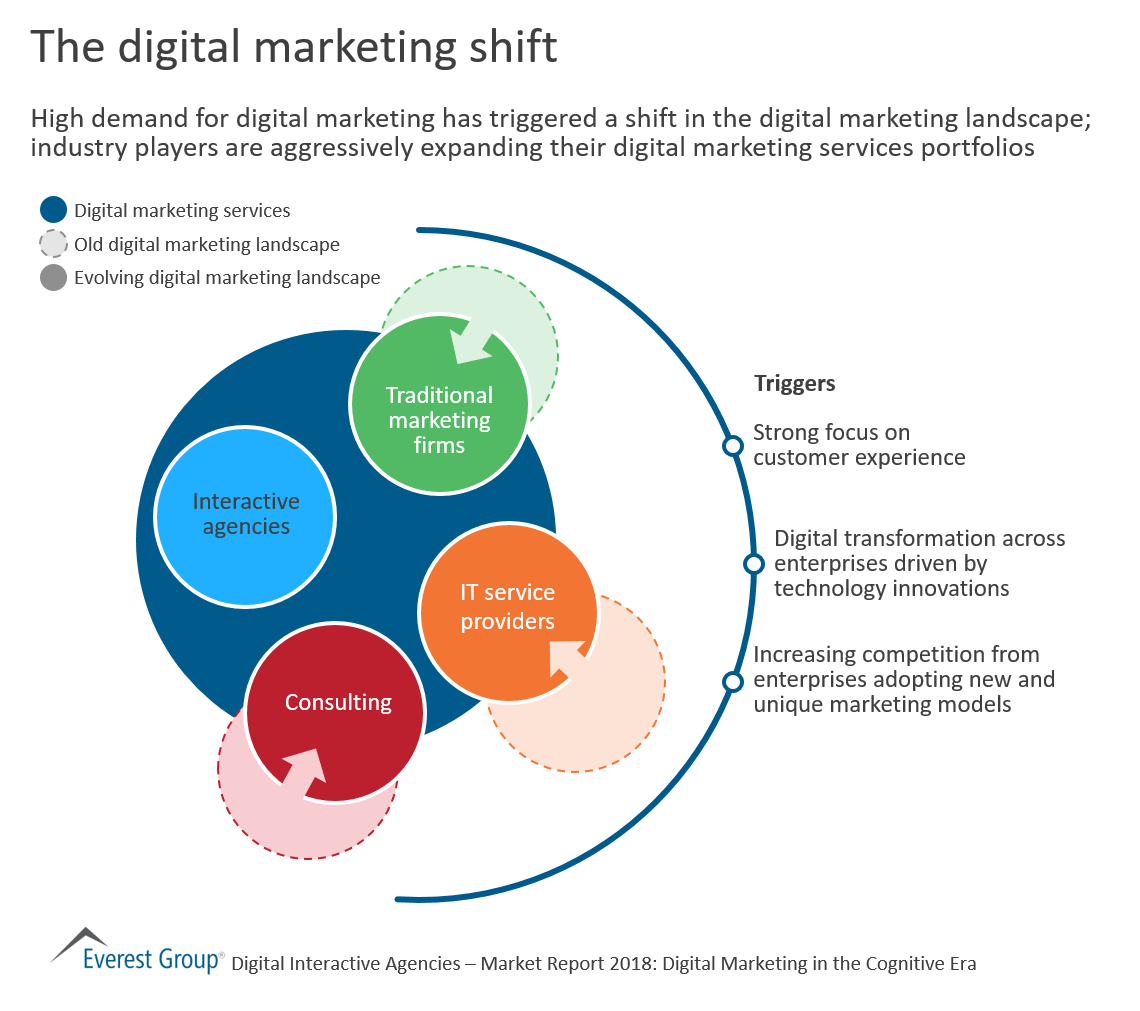 Next Generation IT Talent | Market Insights™ 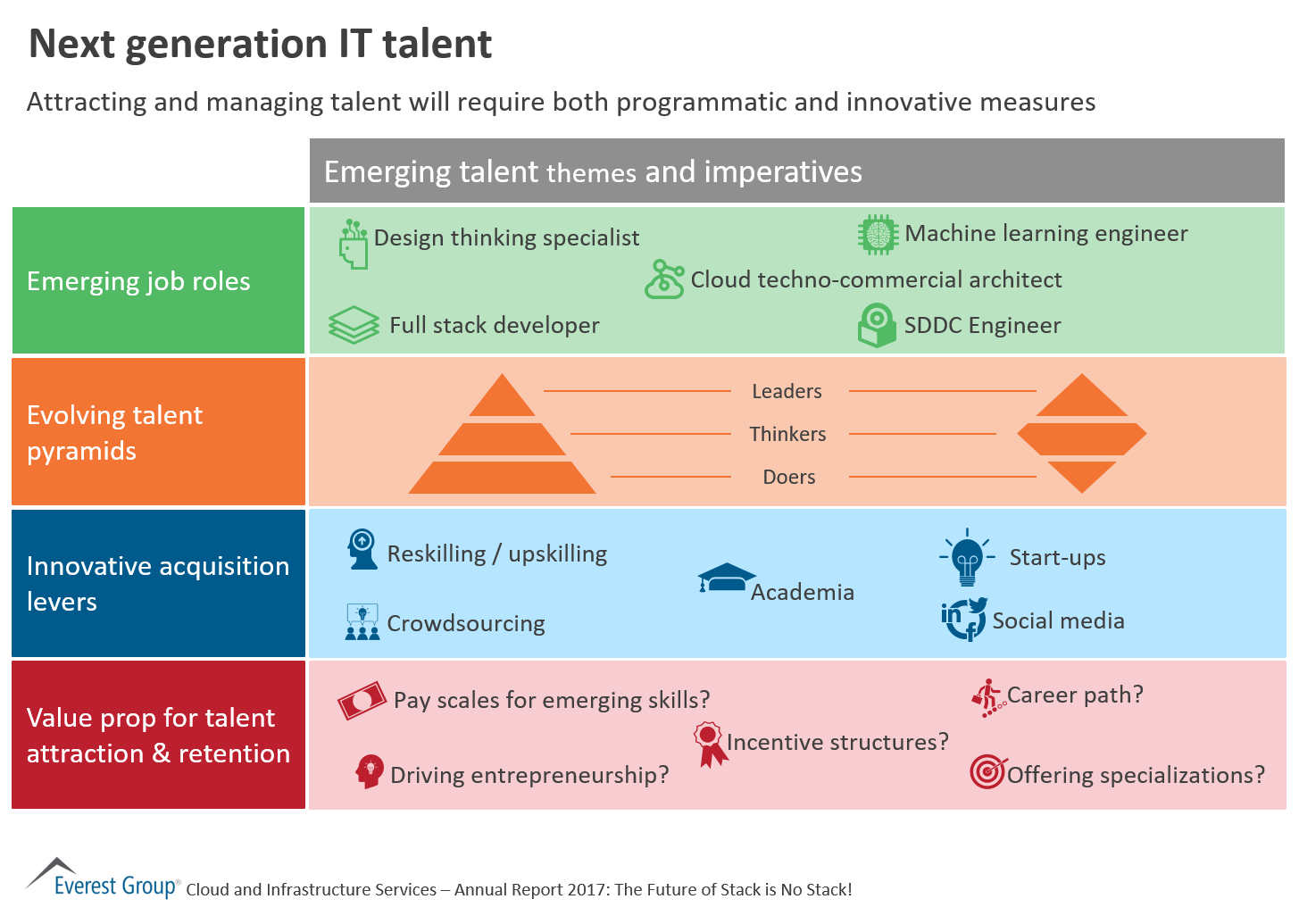 Attracting and managing talent will require both programmatic and innovative measures 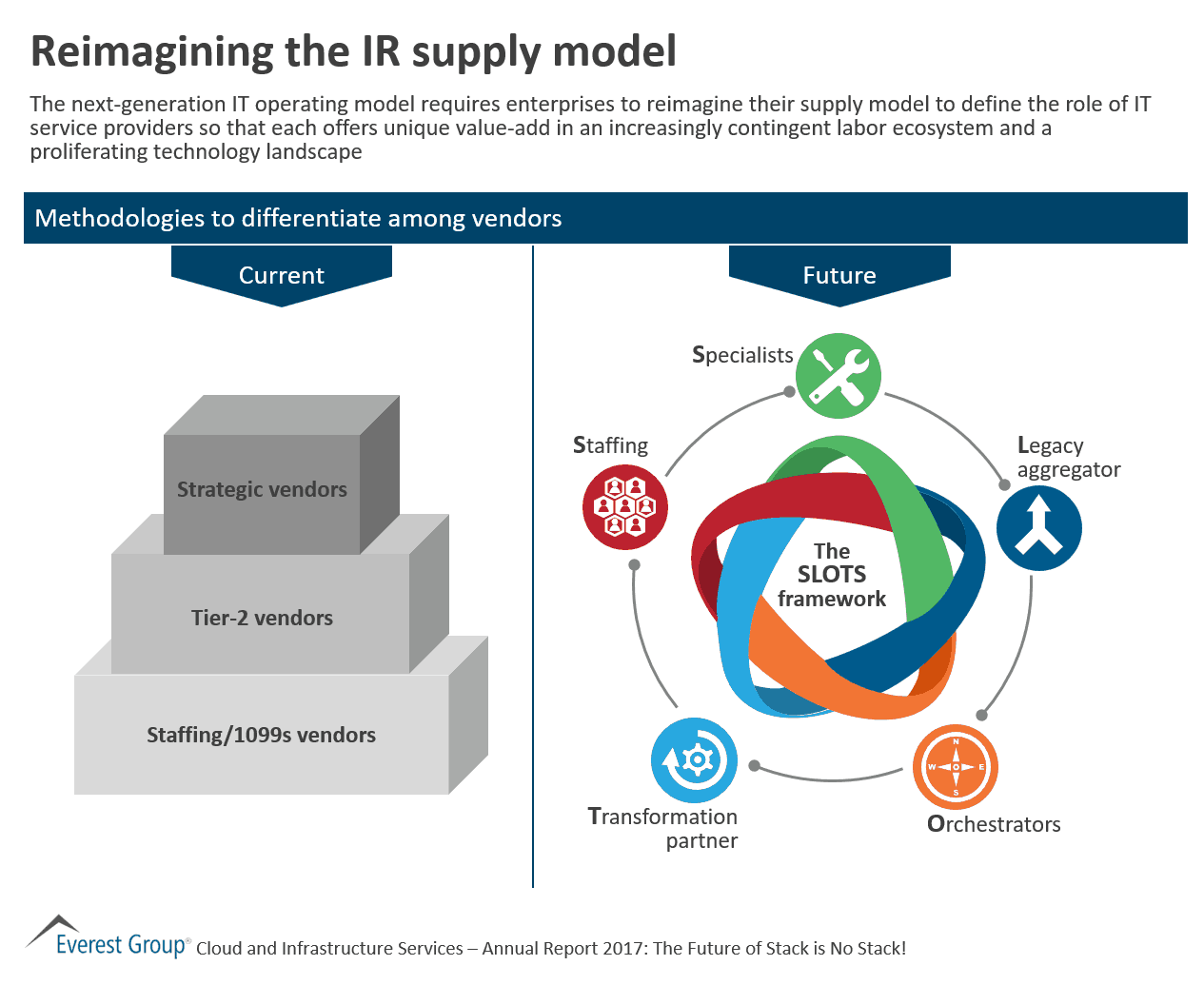 IT teams must consider key technology and cultural elements as they transition to outcome-oriented agility stacks/pods (Stack+Pod), a model that will enable them to create true business value 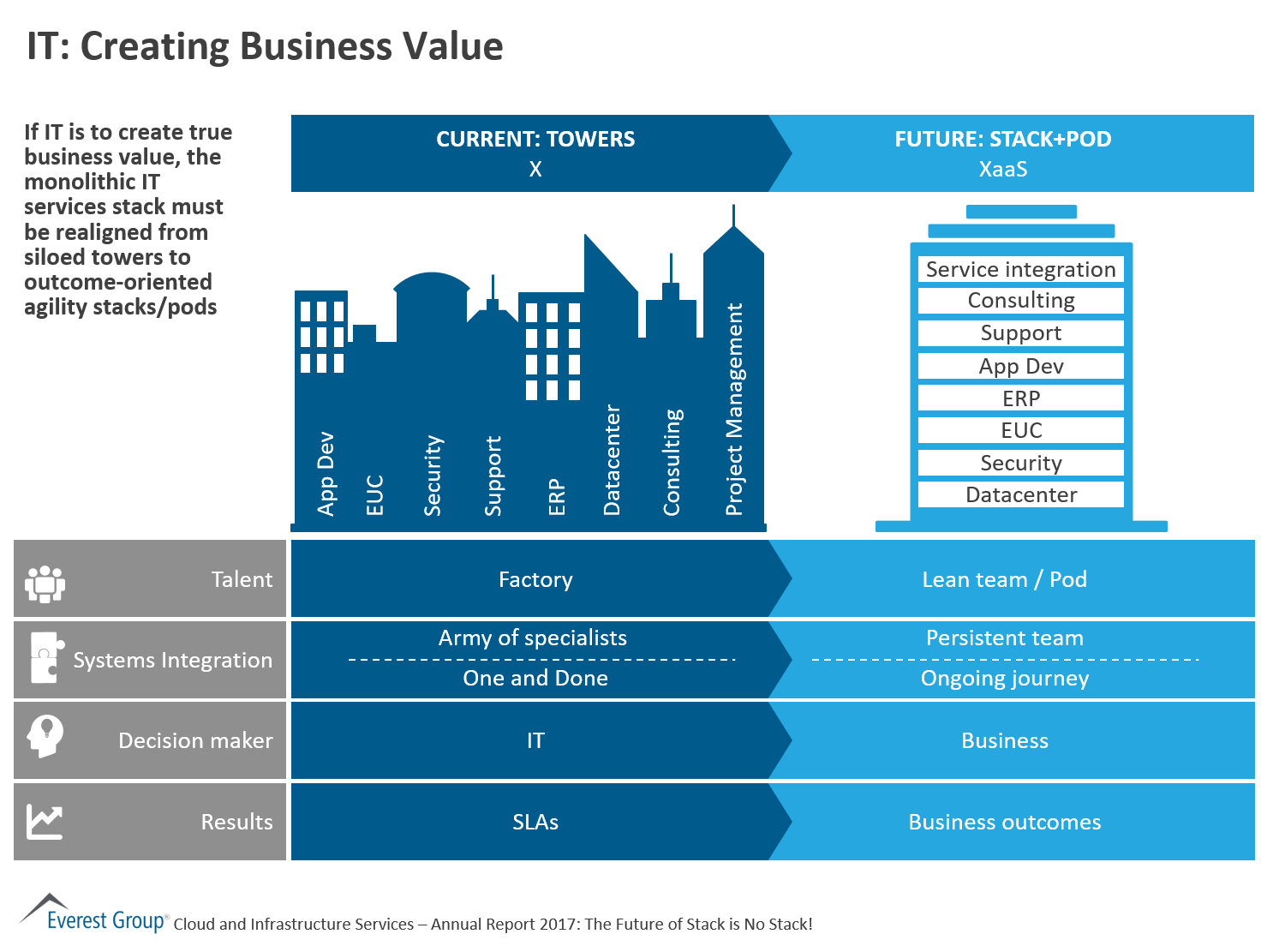 If IT is to create true business value, the monolithic IT services stack must be realigned from siloed towers to outcome-oriented agility stacks/pods

The future of stack is no stack | Market Insights™ 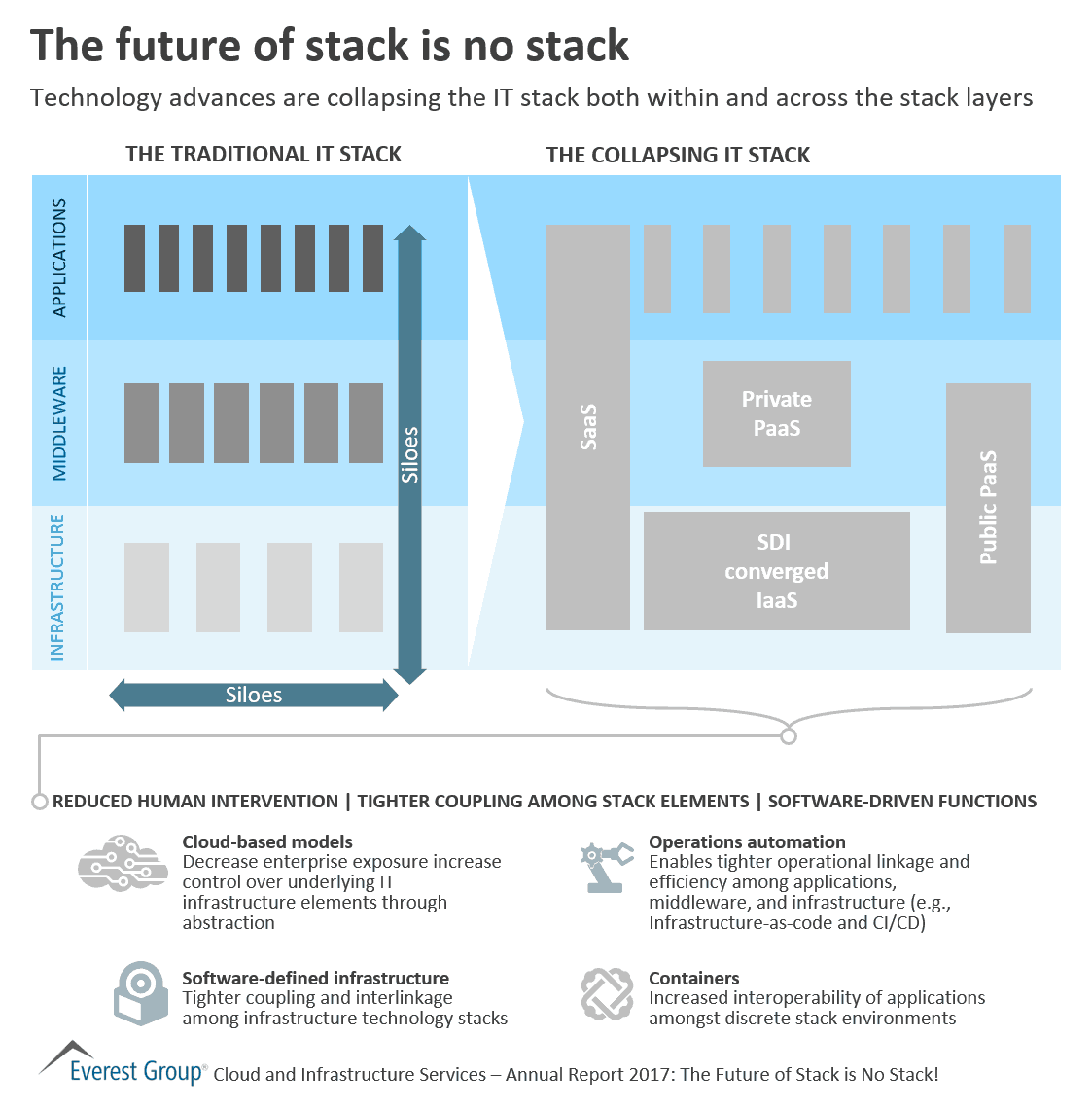 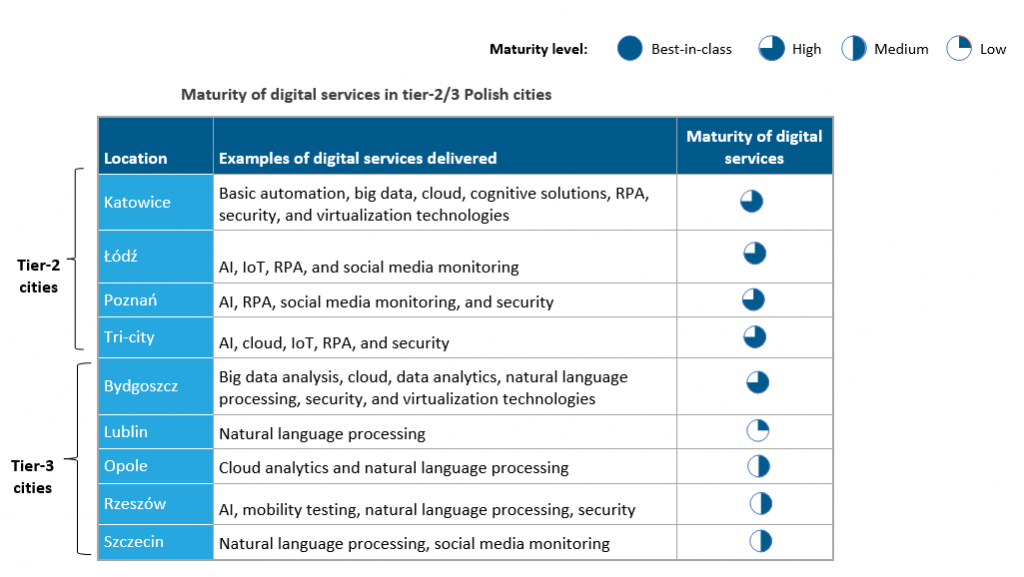 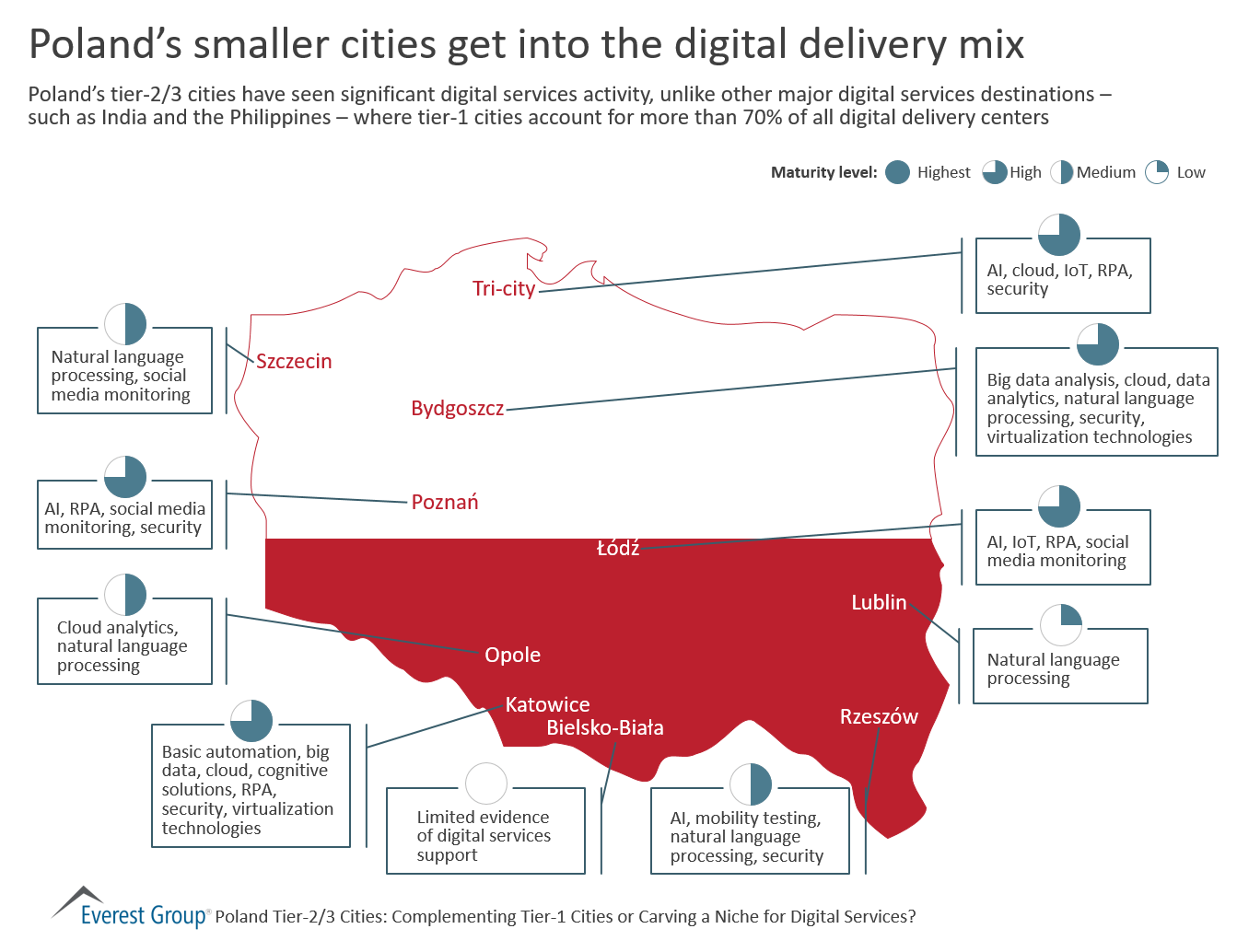 Poland’s tier-2/3 cities have seen significant digital services activity, unlike other major digital services destinations – such as India and the Philippines – where tier-1 cities account for more than 70% of all digital delivery centers