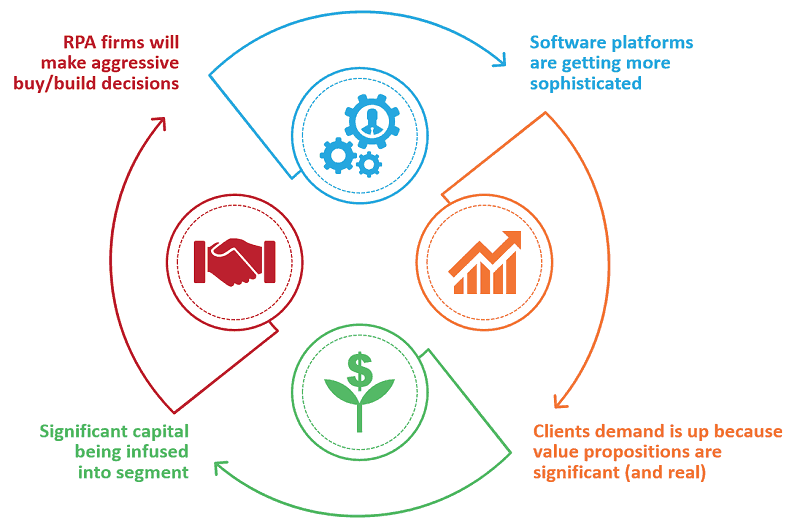 Everest Group, an outsourcing consultancy and research group, said outsourcing in HR is growing at 4% to 5% a year, according to its survey data. Outsourcing by HR is used mostly for transactional processes such as employee data management and the administration portions of payroll, benefits, recruitment and learning, according to Arkadev Basak, vice president at the company. Everest put the savings due to HR offshoring at 30% to 35%.

GDPR Compliance – Can Automation Save the Day? | In the News

With its implementation in May of this year, GDPR introduced one of the most stringent and comprehensive regulations in the world today. And with fines for noncompliance of 20 million euros, or 4% of annual turnover, companies cannot afford to take the regulation lightly. But compliance itself is costly. What to do? Robotic process automation – or RPA – may be the answer! With its ability to manage repetitive, rules-based tasks, RPA can help reduce administrative costs and avoid processing errors…and companies might actually realize some additional unexpected benefits as well.

Sarah’s presentation, Are “Colleagues” Electric?, will distill volumes of unique and detailed, industry-leading research on the rise of robots in enterprises. She will discuss the state of the automation market and its phenomenal growth, technology trends, how leading enterprises are taking advantage of the technology to get ahead of competition, and what the future holds for the industry.

Join Everest Group at this event for a round of discussions and presentations on the state of the automation market.

Learn more about the event

Automation expert and research VP Sarah Burnett will speak at the NICE 2018 Smart Interactions in the Cloud event in London on June 6. She will be part of a breakout session where they discuss how organizations are using the latest developments in RPA to get ahead of the competition.

About the event: Interactions 2018 will feature over 25 sessions, with over half of them led by industry experts and NICE customers. The conference features a rich array of breakout tracks dedicated to helping you and your organisation succeed in areas such as customer experience, operational efficiency and compliance.

Research VP Sarah Burnett will be an expert speaker at the 2018 WorkFusion Ascend Summit in London held on June 5 and 6. On Tuesday, June 5, she will present on the very hot topic of Trends in Intelligent Automation and what orgs need to pay attention to now.

Sarah will also participate in a panel discussion on the best practices of AI-powered RPA and how to get better outcomes from this disruptive technology.

For the first time, the number of new centers supporting digital skills surpassed new centers supporting only traditional services. Among global services transactions overall, digital services continued to dominate the outsourcing activity in Q1, similar to the previous quarter. The share of digital-focused transactions increased from 61 percent in Q4 2017 to 65 percent in Q1 2018 vis-à-vis the pure traditional services, which showed a decline in adoption over the past quarter.

Other key global services market trends noted for the quarter include the following:

“Outsourcing activity remained steady in Q1 as compared to the previous quarter, with a growth in information technology outsourcing as well as increases in several verticals, including retail and consumer product goods, technology and communication, and healthcare,” said H. Karthik, partner at Everest Group. “New GIC setups, which reached an all-time high in Q4 2017, declined slightly, but GIC expansions are at a seven-year high. All-in-all, Q1 was a good quarter for service providers—both global as well as offshore-heritage service providers—with most reporting sequential growth in revenue and an increase in operating margins.”

Everest Group hosted a webinar on May 22—Webinar Deck: Q2 2018 Market Vista™ Update and Implications on Talent Acquisition with Intensifying War on Talent—in which the findings of the “Market Vista: Q2 2018” report were reviewed. During this 45-minute webinar, Everest Group experts discussed the most impactful events in the global services industry thus far in 2018 and looked ahead to how these events likely will shape the rest of the year.

The webinar also addressed talent acquisition strategies, including the factors impacting talent models and the resulting implications and imperatives for employers. The impact of automation on transactional jobs and the redesign of the employee value proposition to reach a predominantly millennial workforce are two of the key topics covered in the discussion.

*** Watch the Webinar Replay ***  (The webinar slide deck also is available for complimentary download with registration.)

Global capital markets firms are facing unprecedented challenges that collectively are forcing a digital technology-driven reimagination of the capital markets industry, according to Everest Group.

Key trends in the capital markets industry include:

According to Everest Group, these challenges have forced capital markets enterprises to revisit their business models, launch innovative products, invest in emerging technology, and redefine the way they interact with customers and other ecosystem players, including service providers.

“A common impetus for digital disruption across the capital markets value chain—impacting buy-side, sell-side and intermediaries alike—is the shift to a customer-centric focus,” said Ronak Doshi, practice director at Everest Group. “Digital technologies ranging from machine learning to blockchain and from cloud to deep learning are being used to deliver an enhanced customer experience. This can take the form of data-driven insights that enable personalized offerings, the provision of seamless services across channels, and even ‘humanizing’ the design process so that product and service offerings are more empathetic to the unique needs of individual customers.”

Everest Group has released a set of research reports which address the unique challenges, priorities and trends in the digital adoption journey of each segment of the capital markets industry—buy-side, sell-side and market intermediaries. Each report also details the implications these findings have for enterprise buyers and IT service providers.

As a result, buy-side firms are making digital technology investments to target customers, meet compliance standards, and generate patterns from historical data to optimize the system. Artificial intelligence (AI) and automation of core functions is a key focus of investment, as it will enable firms to free up resources to work on core business activities. Buy-side firms are also investing in digital technology to provide the seamless digital experience that their customers demand.

Partnerships within the ecosystem—with FinTechs, for example—are critical for the sell-side segment, because they are key to enabling new distribution channels, competitive product offerings and value-added non-traditional services.

Complexities in regulatory reporting are forcing sell-side firms to make digital investments in data management initiatives. Emerging technologies will require investments as well; these advancements are disrupting the sell-side of the value chain with new trading models, better cost structures and analytics-based advisory models, and keeping pace will be key to market survival.

Intermediaries also are looking to leverage analytics and automation to reduce the costs of regulatory reporting. Blockchain and AI likely will play a role in changing the way intermediaries operate, which may prove essential as the proliferation of blockchain-based startups diminish the role of traditional intermediaries as a trusted party. 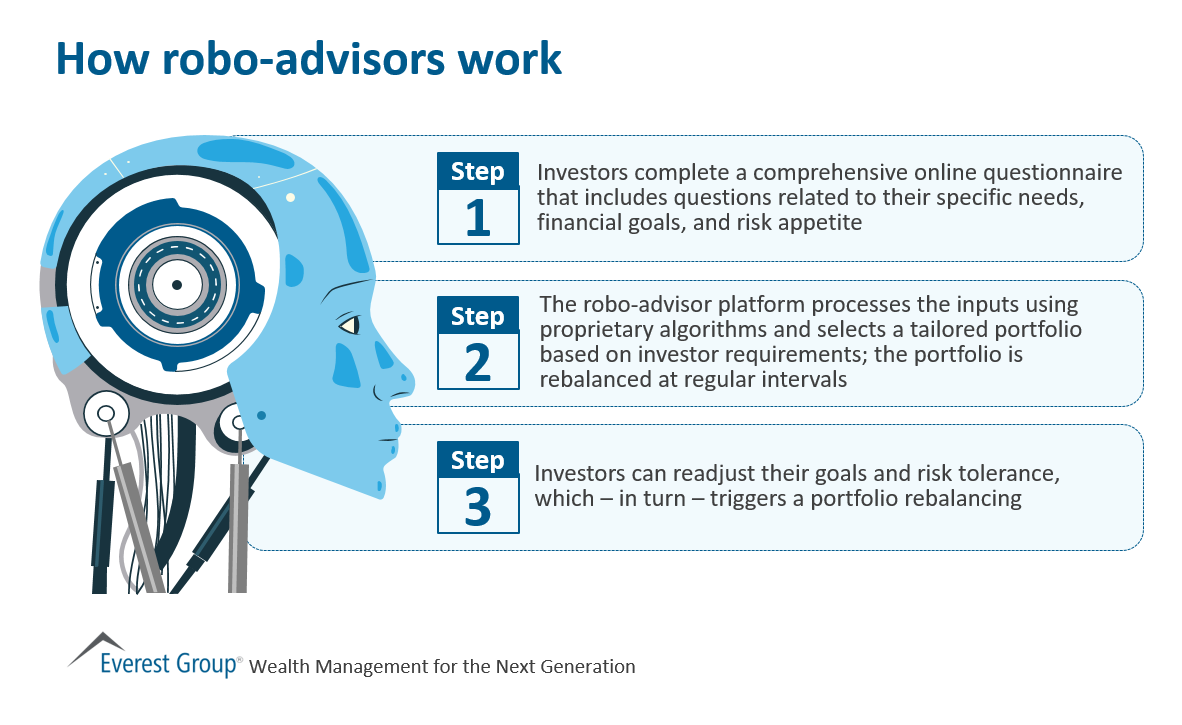