Rising Cyber Security Threats in Manufacturing | In the News

“The threat has now become very apparent to the manufacturing sector, which faces risks from the malevolent hacking of their IoT investments to the intellectual IP theft from China and other rogue states,” said Peter Bendor-Samuel, chief executive officer, Everest Group, an IT advisory and research firm.

What the acquisition means for HCL

The acquisition impacts HCL in a few important ways:

The recent acquisition by HCL is a strategic move to cement its position in semiconductor chip engineering services by strengthening its existing digital design services and expanding into the analog and mixed-signal space.

Both HCL and Sankalp Semiconductor provide chip engineering services in the pre-silicon and post-silicon segments of the value chain (See Figure 1). But while HCL’s chip engineering expertise lies in digital design, Sankalp has strong capabilities in analog and mixed-signal circuit design as well.

How the acquisition reflects industry trends

HCL’s acquisition of Sankalp is the latest in a series of acquisitions that have taken place in the semiconductor engineering services industry over the past few years. As shown in the graphic below, in 2015, Aricent acquired the Bengaluru-based semiconductor services firm SmartPlay Technologies Pvt Ltd before itself being acquired by Altran in 2017, which was – in turn – acquired by Capgemini in 2019. Cyient Europe Ltd acquired custom analog and mixed-signal circuits design company Ansem N.V, and L&TTS acquired Bengaluru-based Graphene Semiconductor.

All of these acquisitions reflect an important industry trend that has some specific consequences. There is an increasing focus on semiconductor engineering due to the rise of IoT and smart device applications, as well as a growing demand for greater computing power and device miniaturization.

This trend is driving several outcomes. First, it is forcing semiconductor companies to think about how to reduce time-to-market, as well as how to gain access to engineers with the right kinds of expertise. Many are turning to outsourcing to address these challenges. As a result, we expect outsourcing in this sector to grow at a rate of 10% over the next three years.

Second, it is forcing semiconductor engineering service providers to expand their portfolios to successfully address market needs. That challenge, coupled with the generally fragmented nature of the industry, is likely to result in ongoing merger and acquisition activity.

Ultimately, whether they choose to grow organically or inorganically, semiconductor engineering services firms will want to invest in their capabilities so they can grab a higher share of outsourcing from the ~US$ 470 billion semiconductor industry pie.

Eight IT contracts in banking, financial services & insurance (BFSI) came up for renewal in 2019, compared to six last year.

Everest Group said there was only one renewal each in the manufacturing and healthcare sectors this year, compared to four last year.

Read more in Times of India 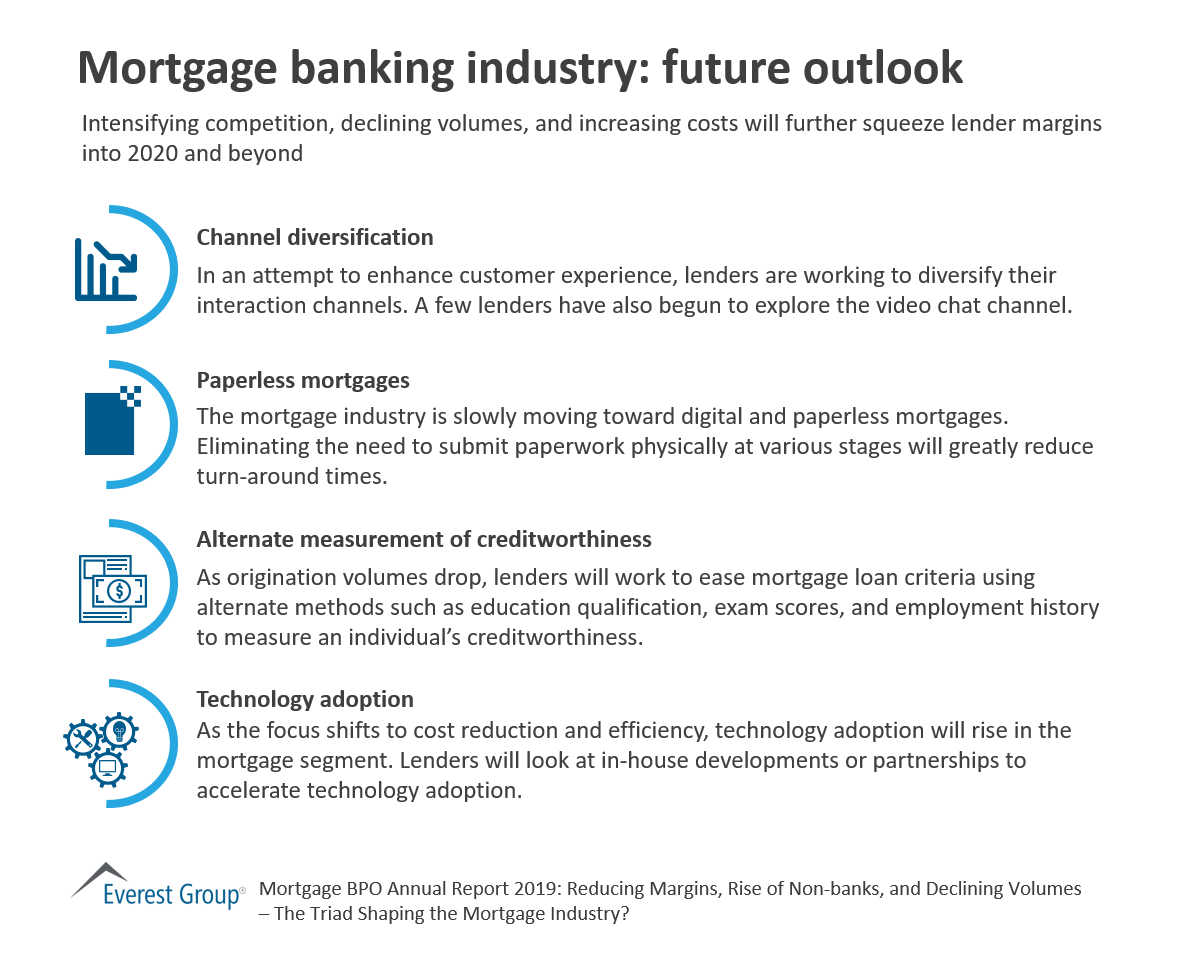 However, it could be a little off the mark to call these solutions AI platforms yet. Technology service providers “are conflating their investments in IP platforms with their investments in AI. For example, Ignio does have a small AI component, but most of the product is not AI but rules-based and procedural,” said Peter Bendor-Samuel, CEO of Everest Group, an IT advisory and research firm.

The Information Technology (IT) and Business Process Association of the Philippines (Ibpap) expects to finish next month its review of the industry road map, as it seeks to achieve the goals it set to remain significant in the ever-changing business environment.

“I think the target is within September we should be able to come up with the recalibration of the road map that happened two years ago,” BPAP Chairman Lito Tayag told reporters last week during the fiscal year-ender dinner hosted by Accenture Philippines for the media in Bonifacio Global City, Taguig.

According to him, they are still waiting for the final report of Everest Group, the research and consulting company they contracted.

Case #1: A leading BPS provider asked for our assistance in developing a differentiated value proposition in the healthcare market.

The client, a leading provider of healthcare payer and provider BPO services wanted to understand emerging trends and their impact on the claims processing ecosystem within the healthcare market. The client also sought to understand the key gaps in its current offerings portfolio and to develop a way forward to address these gaps.

Everest Group’s approach: Everest Group conducted a detailed assessment of the claims processing technology and services ecosystem, and identified and evaluated multiple paths that the provider could pursue. We also helped the service provider create a targeted pitch deck, along with internal strategy documents, to help the sales team effectively converse with clients.

Everest Group’s approach: We conducted a detailed analysis on more than 20 single-country markets and prioritized the identified countries based on market attractiveness of the opportunity. For each country, the analysis covered the following dimensions:

We presented detailed, actionable insights and recommendations for each target country on go-to-market strategy, target buyer segments, and solution elements to consider, all of which helped the client shape its approach, market entry, and growth strategy.

As technology adoption increases exponentially, organizations are challenged by the proliferation of data that the technology generates. Increasingly, Shared Services / Global In-house Centers (GICs) are leading their organizations’ efforts to tame data and derive key insights from it.

Based on our recent Pinnacle Model research on data & analytics maturity in SSCs/GICs, this webinar will show executives how they can build capabilities in their SSCs/GICs to turn this challenge into a strategic asset, generating value and enhancing service delivery.

In this fast-paced session, we’ll answer the following:

Who should attend, and why?
The webinar content is geared toward global stakeholders responsible for Shared Services / Global In-house Centers (GICs) and Global Business Services (GBS), as well as their Heads of Human Resources and Senior Strategy Executives.

Attendees will walk away with five key differentiating capabilities that characterize Pinnacle, or best-in-class, GICs.

Can’t join us live? Register anyway!
All registrants will receive an email (typically within 1-2 business days of the live delivery) with the link to session slides and on-demand playback.

Outsourcing Pricing: Do You Know What You Don’t Know? (Key Trends Impacting Your Agreements) | Webinar

Do you know what you don’t know? The method and manner of pricing outsourcing deals never stops changing. Some trends are rapid and significant – and others simply incremental. Join us as we explore the pricing changes related to IT and BPO transactions, as reported by your peers.

From this session, you’ll be able to answer the following:

Who should attend, and why?
This webinar will offer results from our recent market survey on outsourcing pricing trends, coupled with our insights into what these trends mean for you and how to take advantage of them to drive business impact.

Can’t join us live? Register anyway!
All registrants will receive an email (typically within 1-2 business days of the live delivery) with the link to session slides and on-demand playback. In addition, you’ll also receive details on how to participate in our labor rates special offer, covering complementary price checks for up to three standard roles in three different countries.

What is Smart RPA? | Market Insights™ 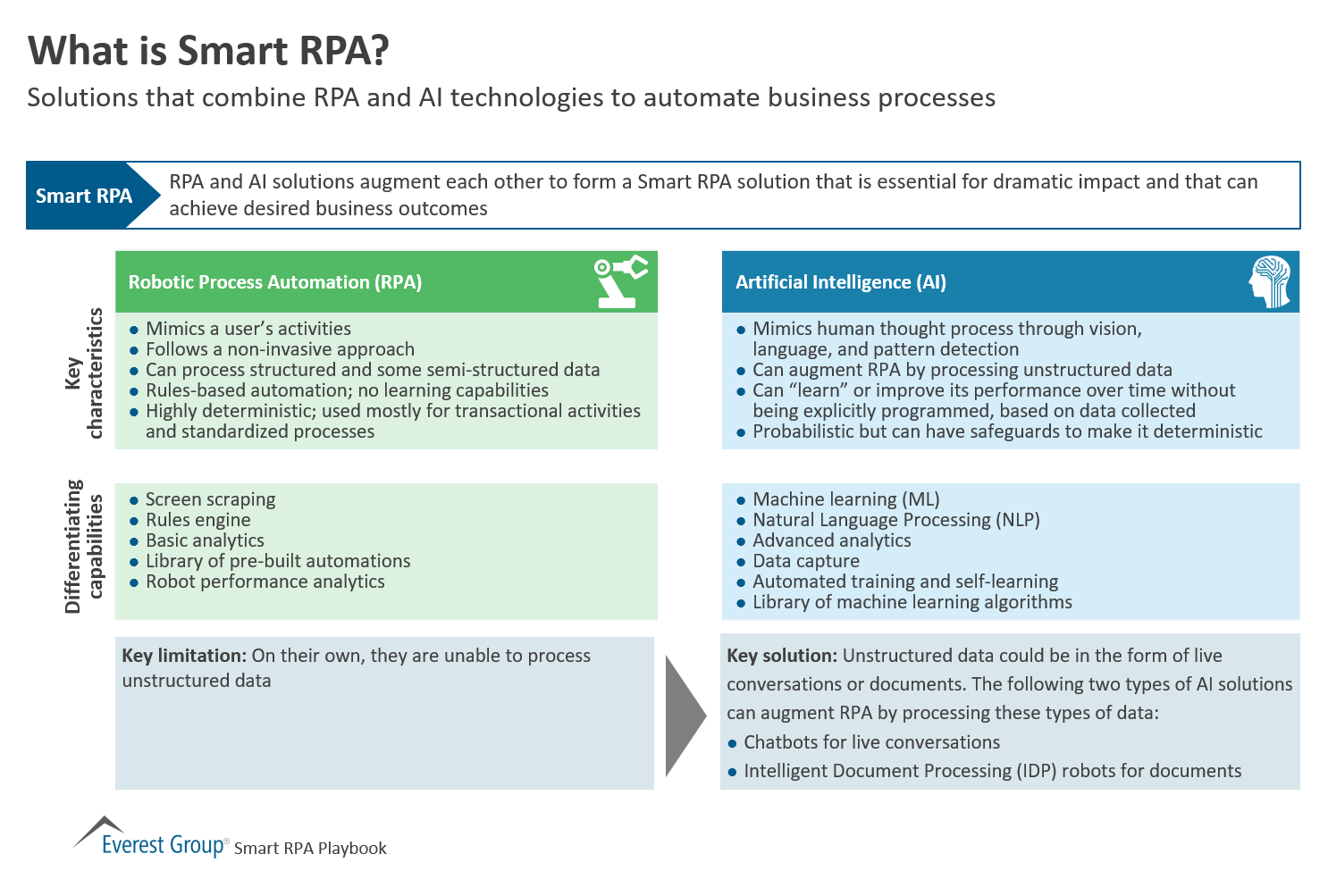