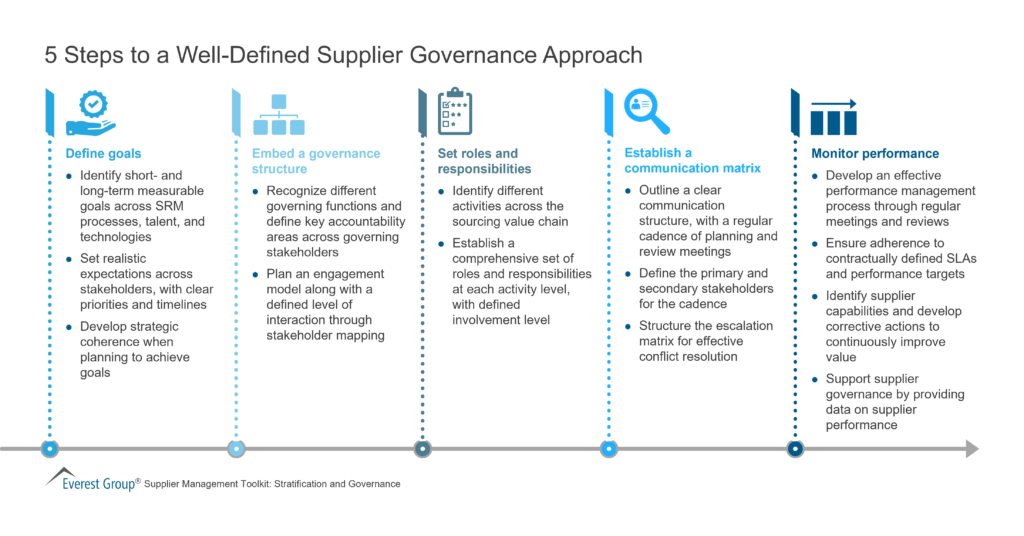 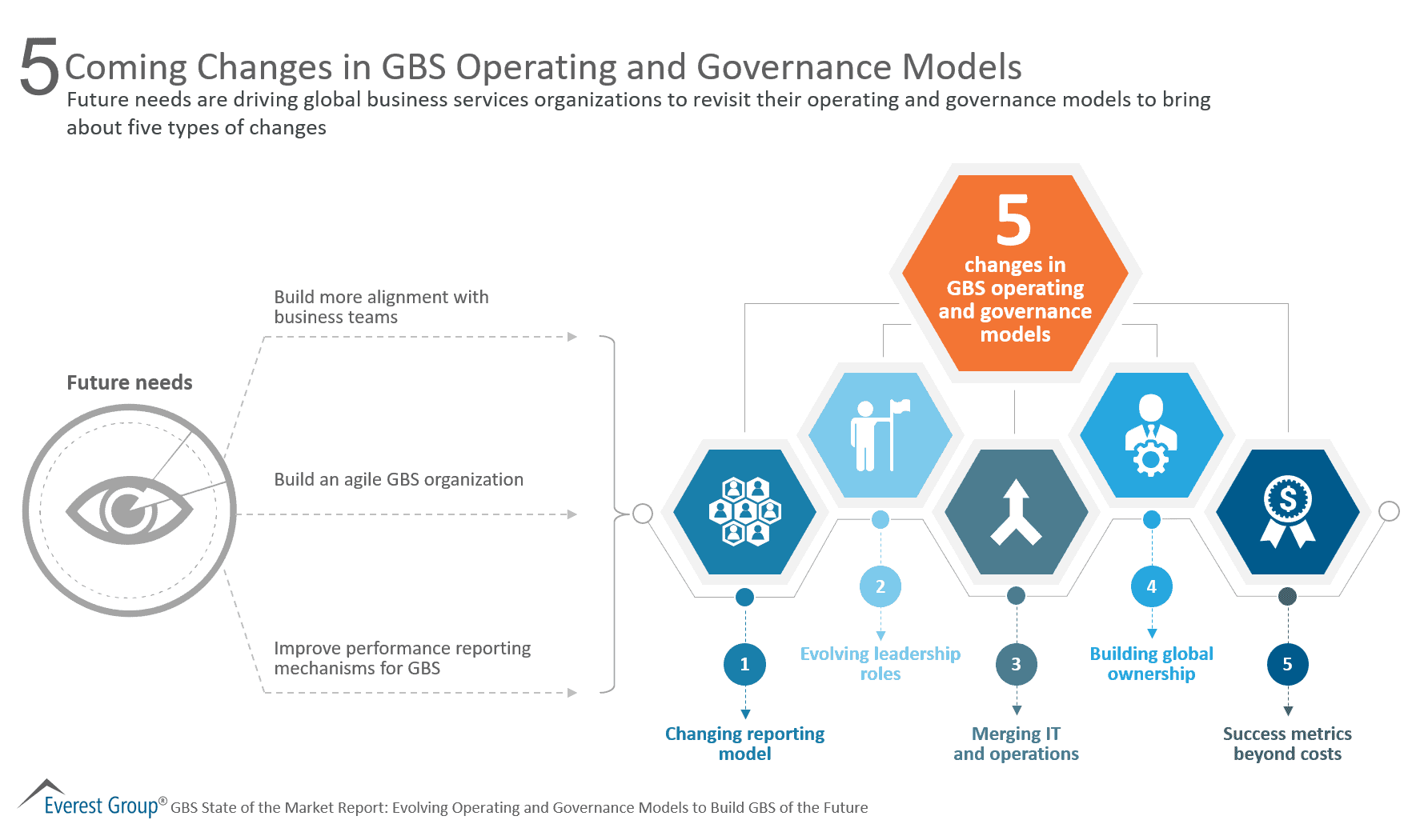 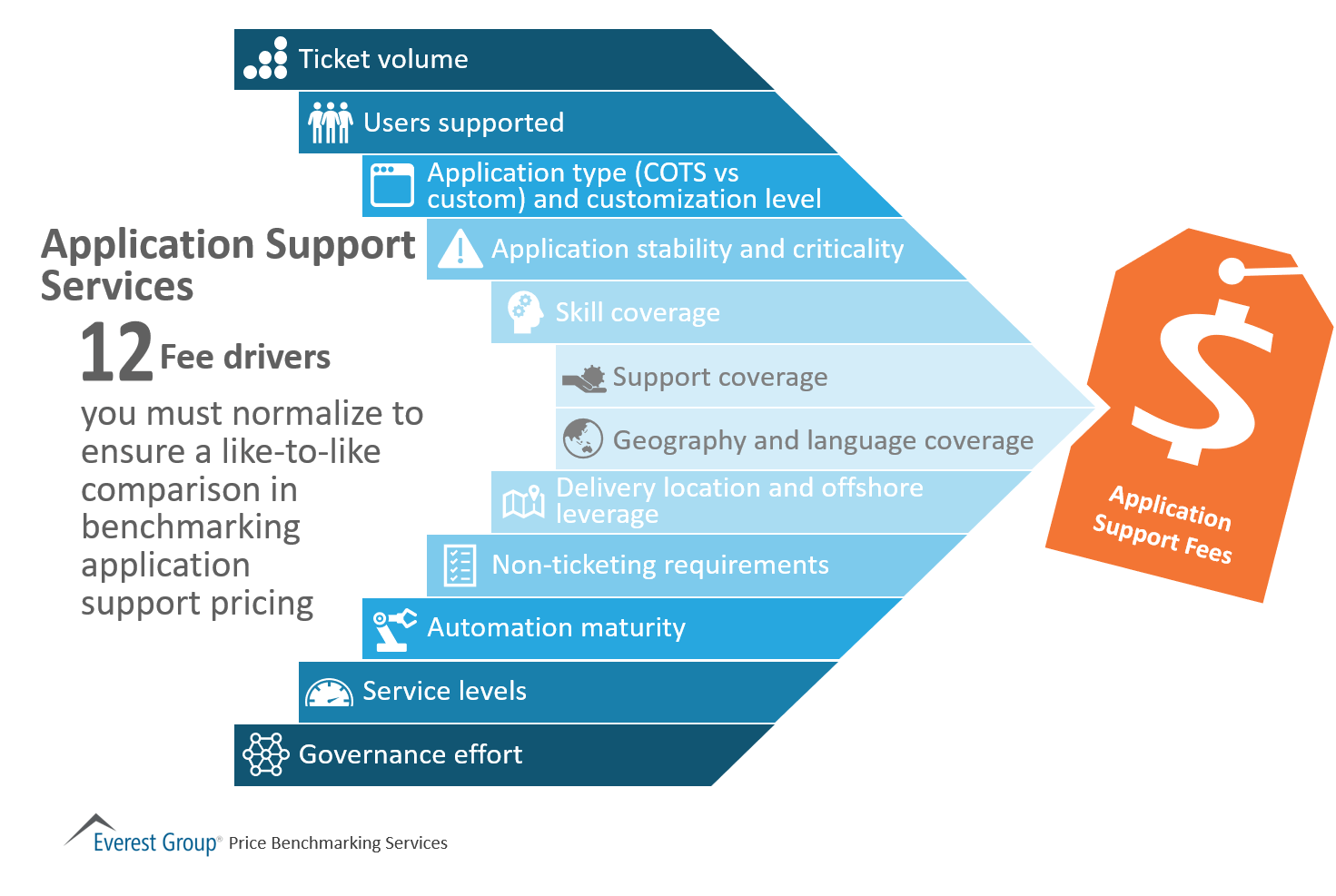 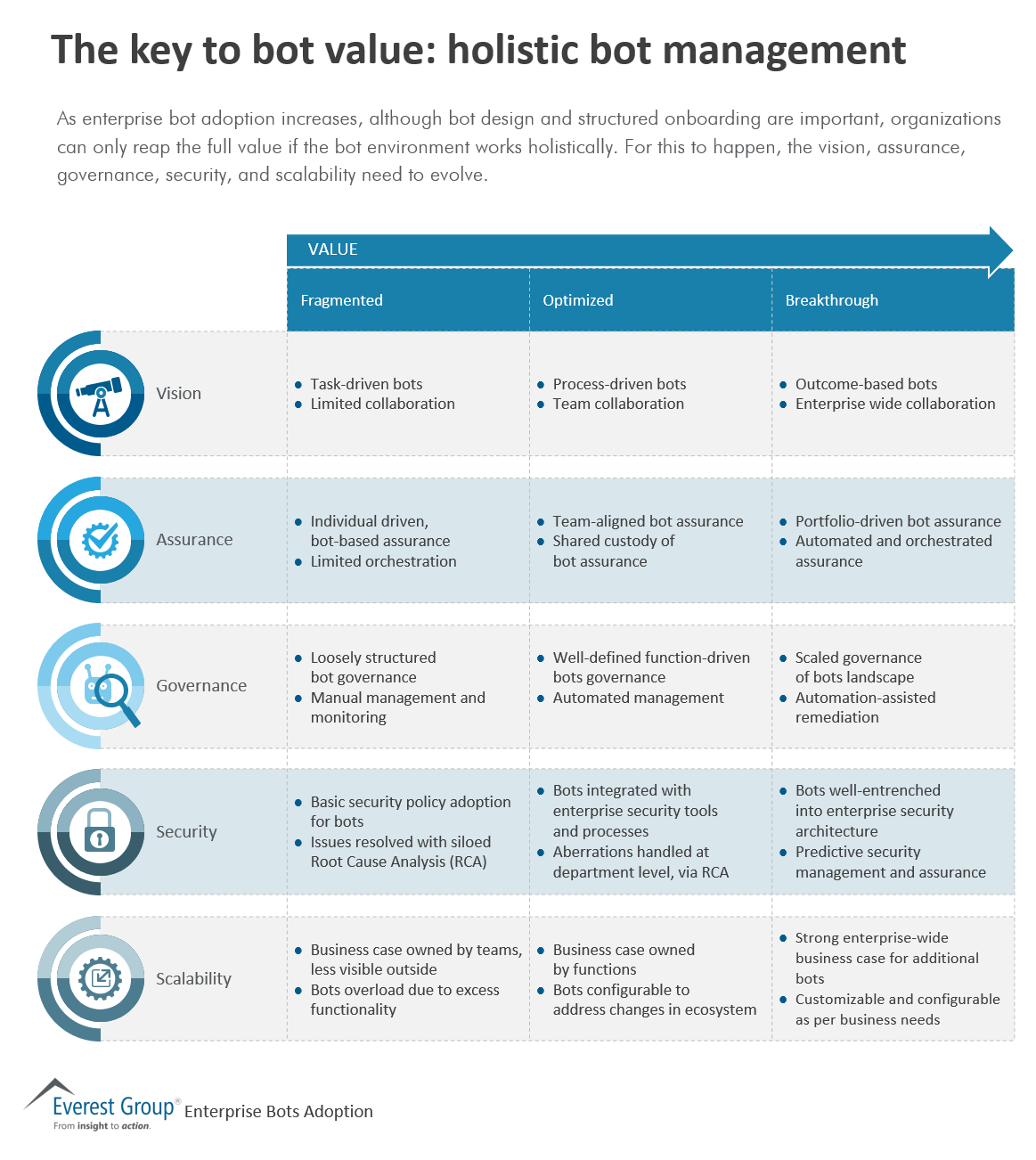 As enterprise bot adoption increases, although bot design and structured onboarding are important, organizations can only reap the full value if the bot environment works holistically. For this to happen, the vision, assurance, governance, security, and scalability need to evolve. 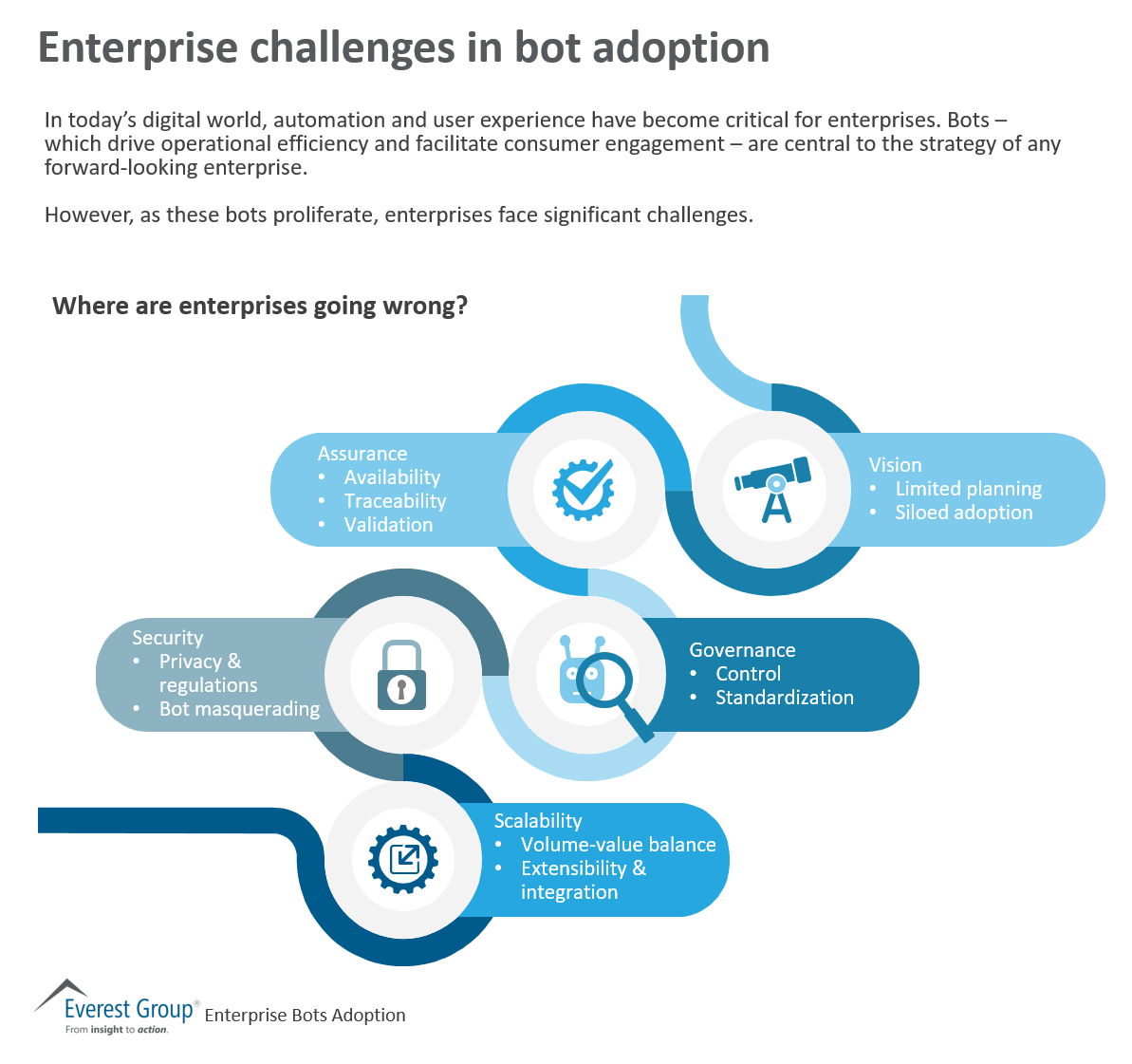 In today’s digital world, automation and user experience have become critical for enterprises. Bots – which drive operational efficiency and facilitate consumer engagement – are central to the strategy of any forward-looking enterprise. However, as these bots proliferate, enterprises face significant challenges. 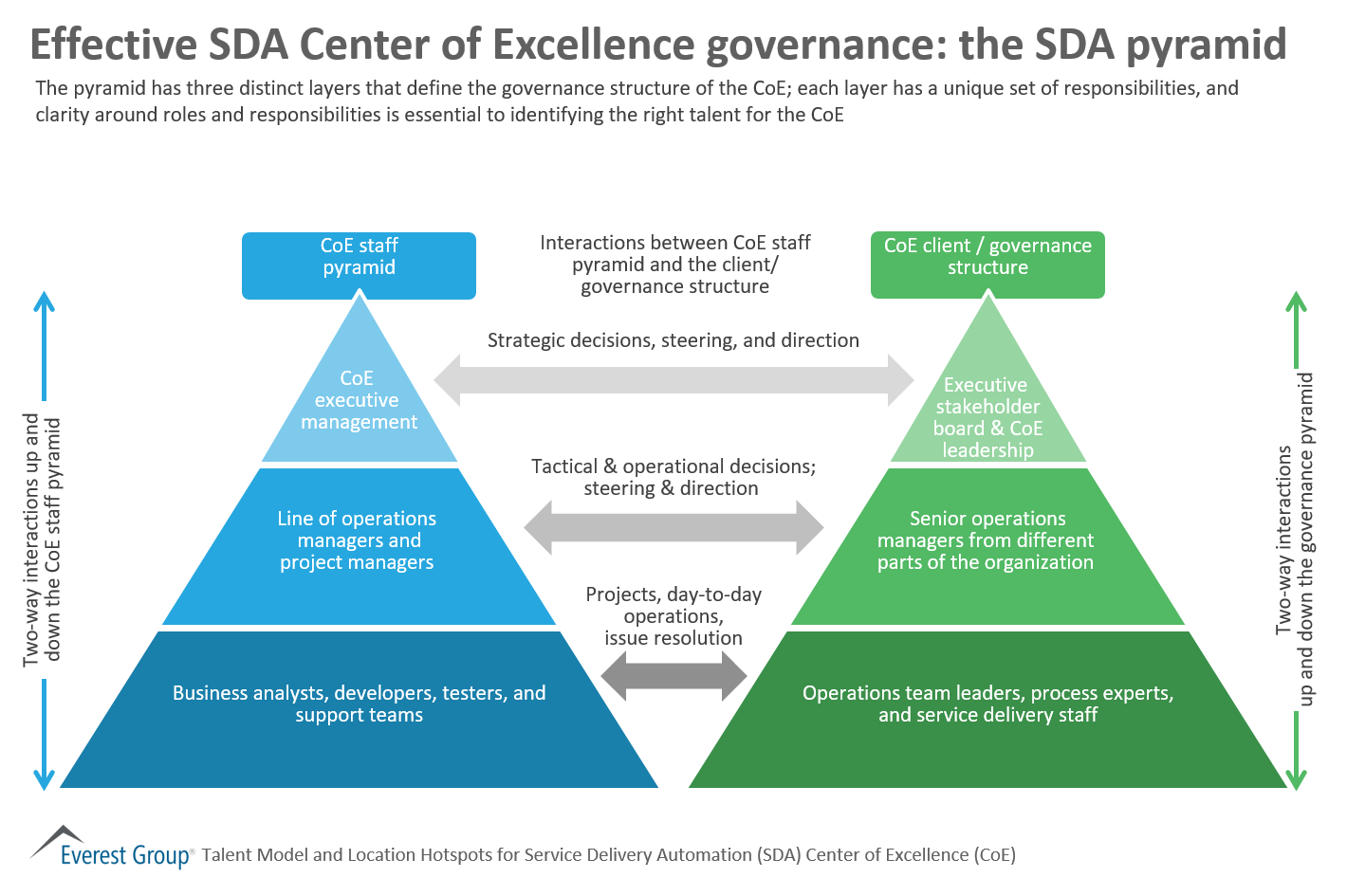 The pyramid has three distinct layers that define the governance structure of the CoE; each layer has a unique set of responsibilities, and clarity around roles and responsibilities is essential to identifying the right talent for the CoE 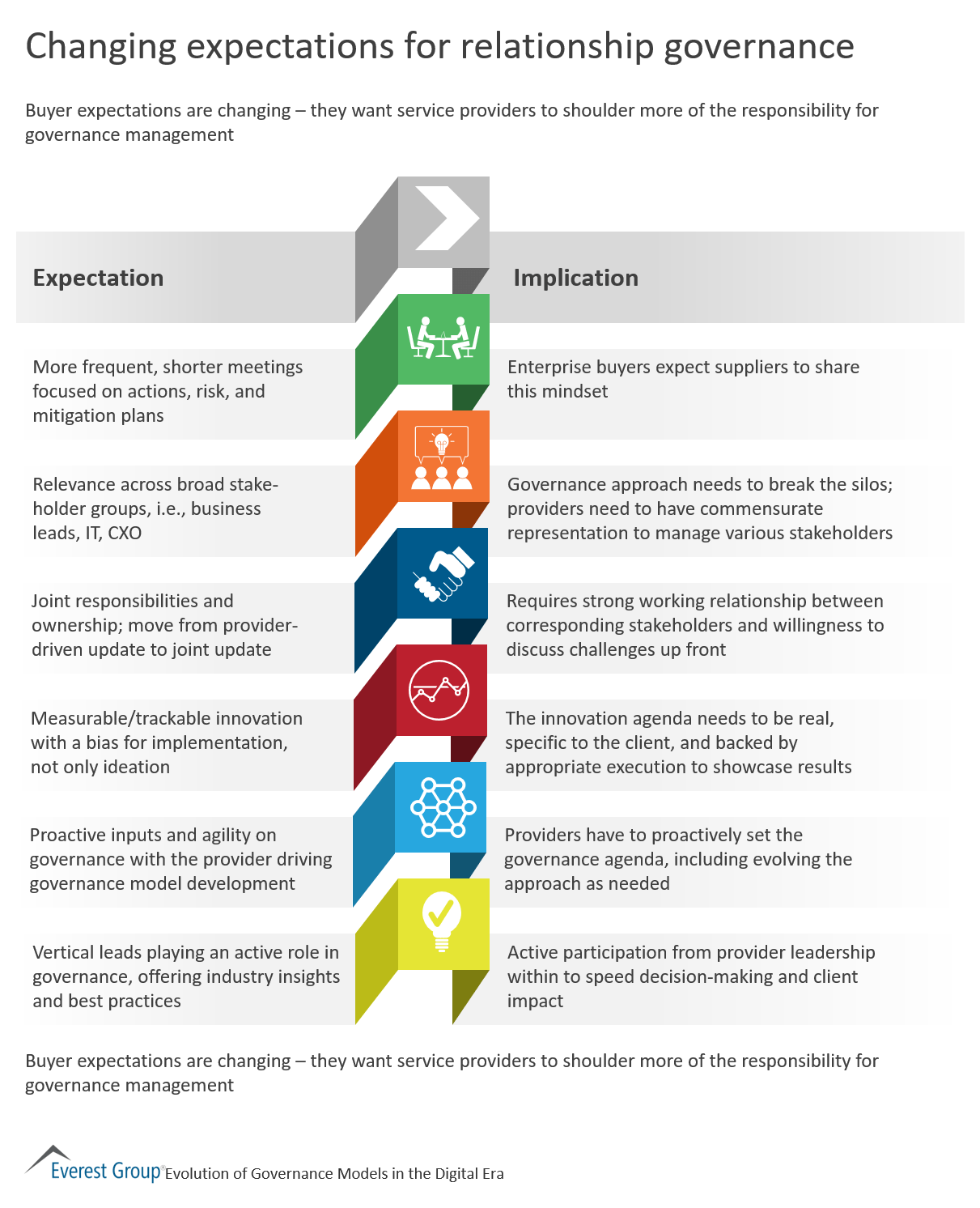 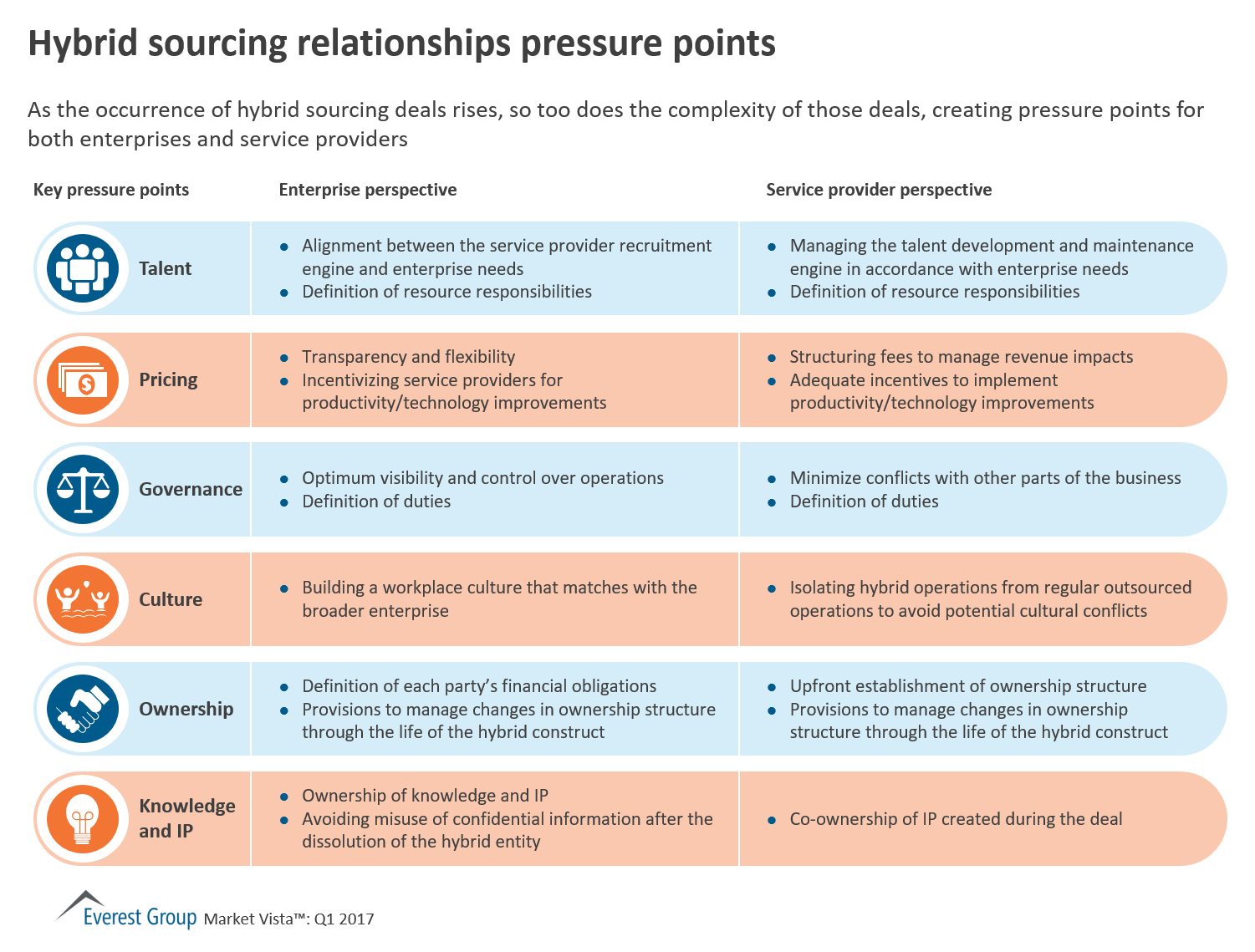 As the occurrence of hybrid sourcing deals rises, so too does the complexity of those deals, creating pressure points for both enterprises and service providers

Changing Times for Governance in IT Services | Sherpas in Blue Shirts

The first visual that probably comes to a buyer or service provider’s mind when they think of governance is the 3 tier governance pyramid that had been around for many years. The structure of this pyramid, as well as the nature and number of the meetings/forums conducted around it between provider and buyer stakeholders have remained more or less consistent. While over the years some modifications have been made to the structure, many ideas have been more ”lip service” than reality, and most are yet to be institutionalized.

However, as business gets to have a greater say in the transformational agenda of the IT landscape, Everest Group is witnessing some prominent changes in the governance structure when governance is being delivered as a managed services. These enhancements include:

While the above are the most prominent changes happening to outsourcing governance models today, Everest Group foresees many more significant changes at individual layers of the 3 tier governance model, with tighter controls and higher business involvement becoming part of the routine. 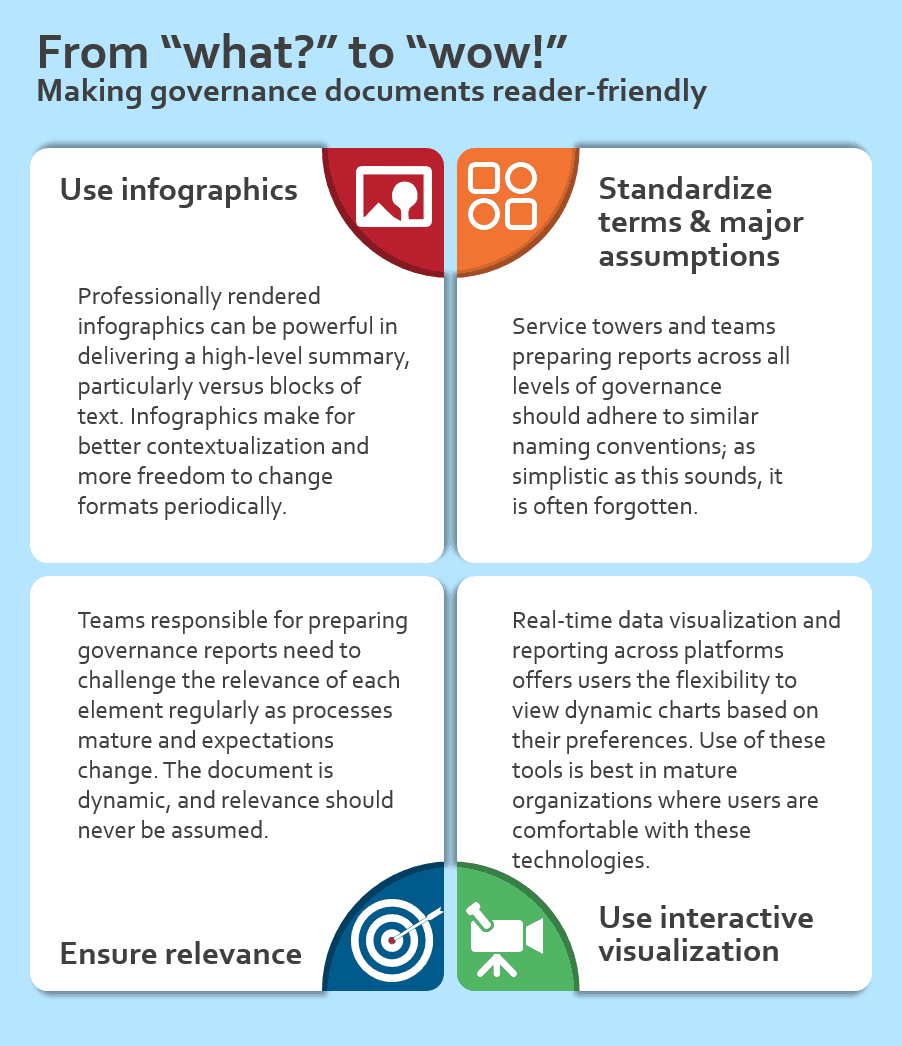