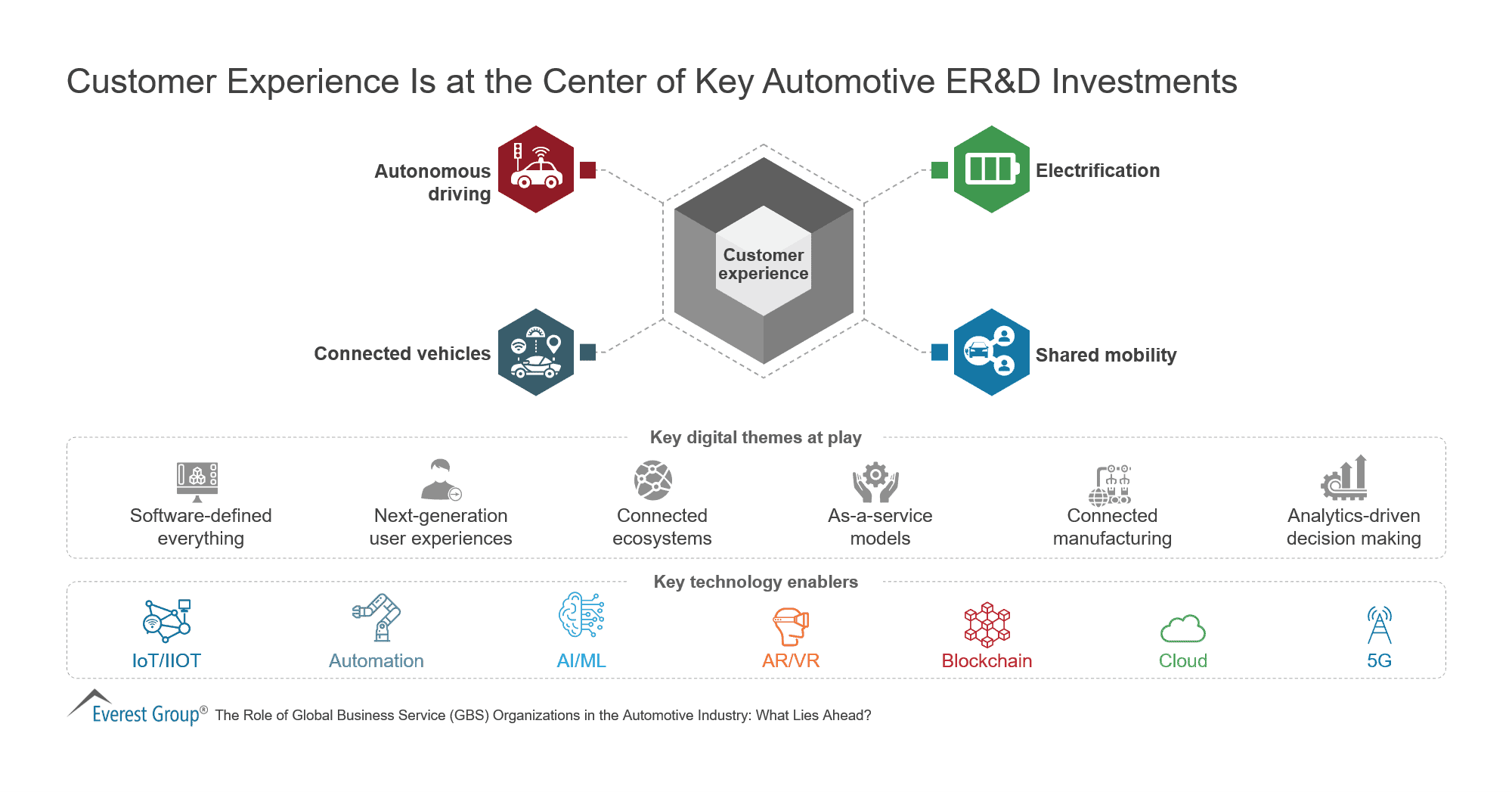 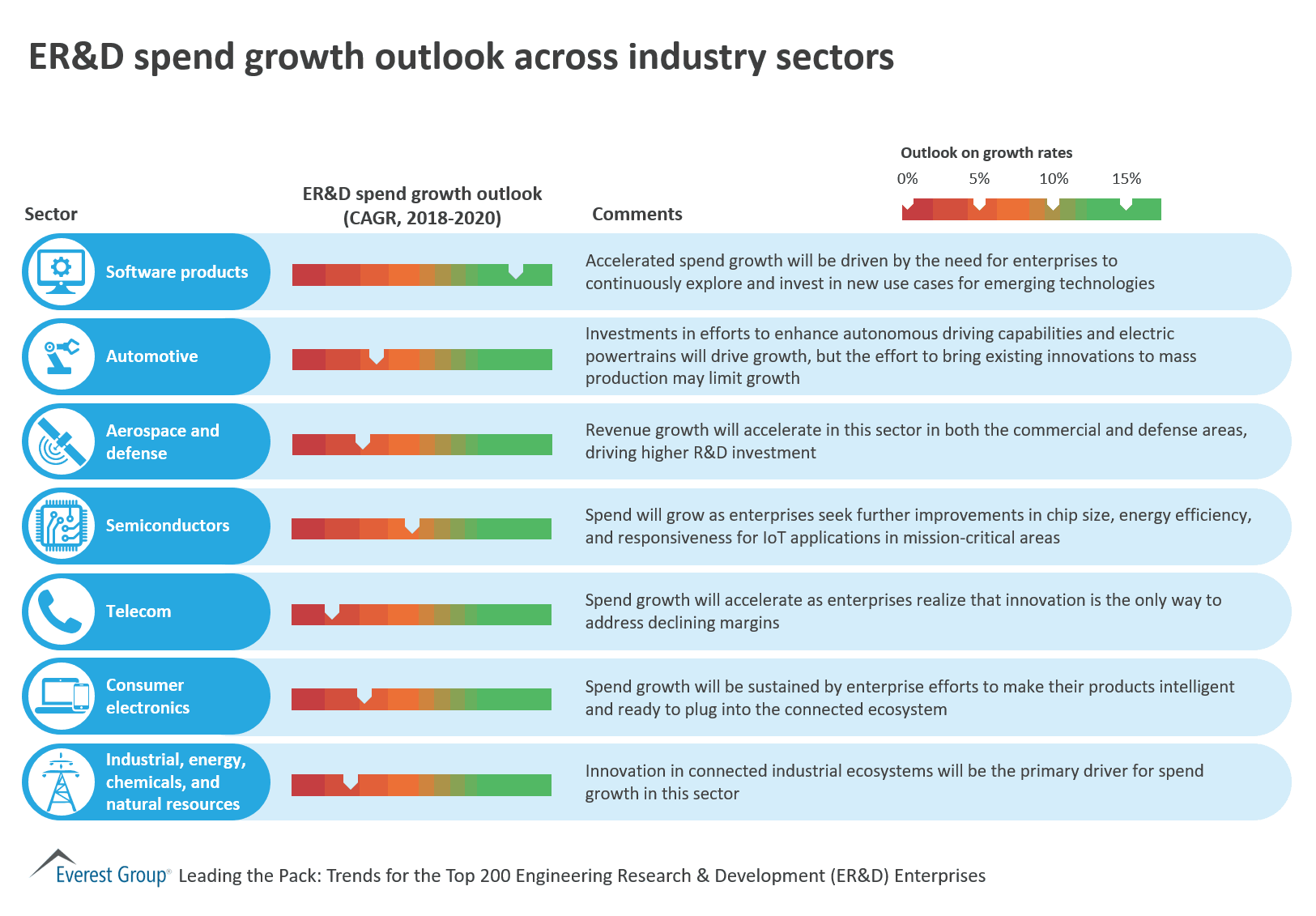 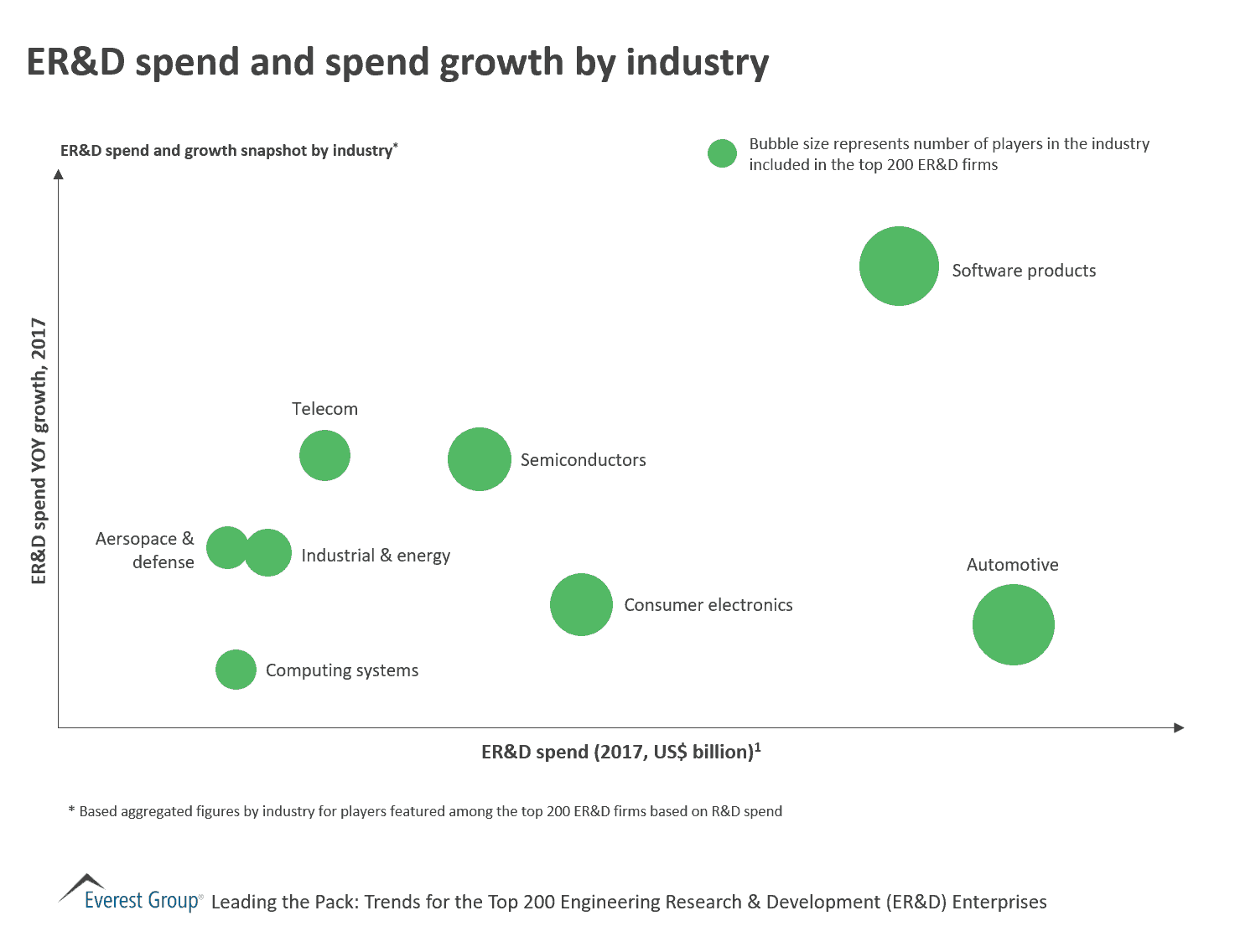 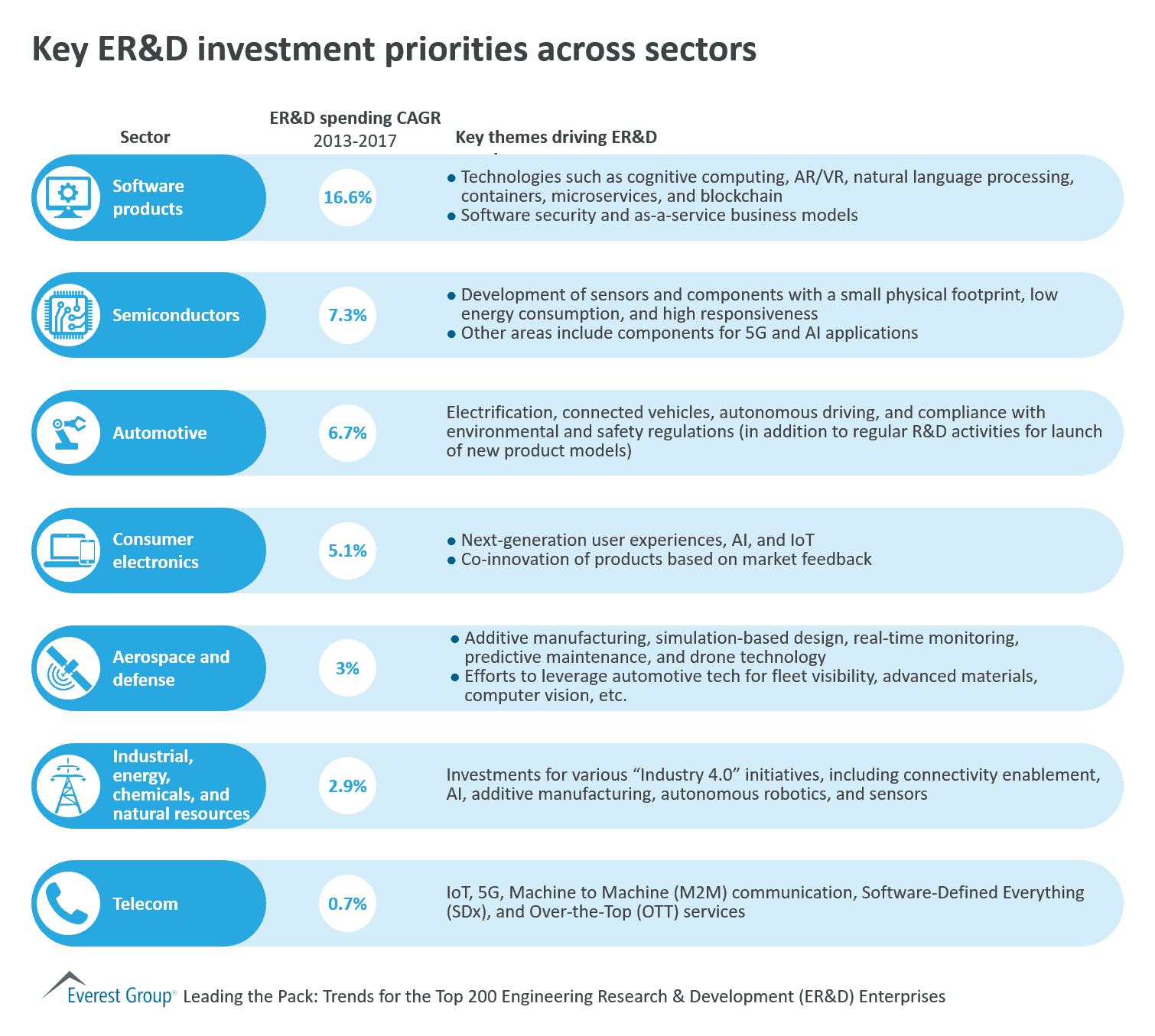 In New Paradigm in ER&D Services: Convergence of Engineering and Technology – Part 1, we talked about the emerging trend of convergence of engineering services and new technologies, and why it is important for enterprises to deliver an enhanced customer experience. Now, let’s turn our attention to the steps and measures enterprises and service providers are taking to tap into the trend and enhance their value proposition. 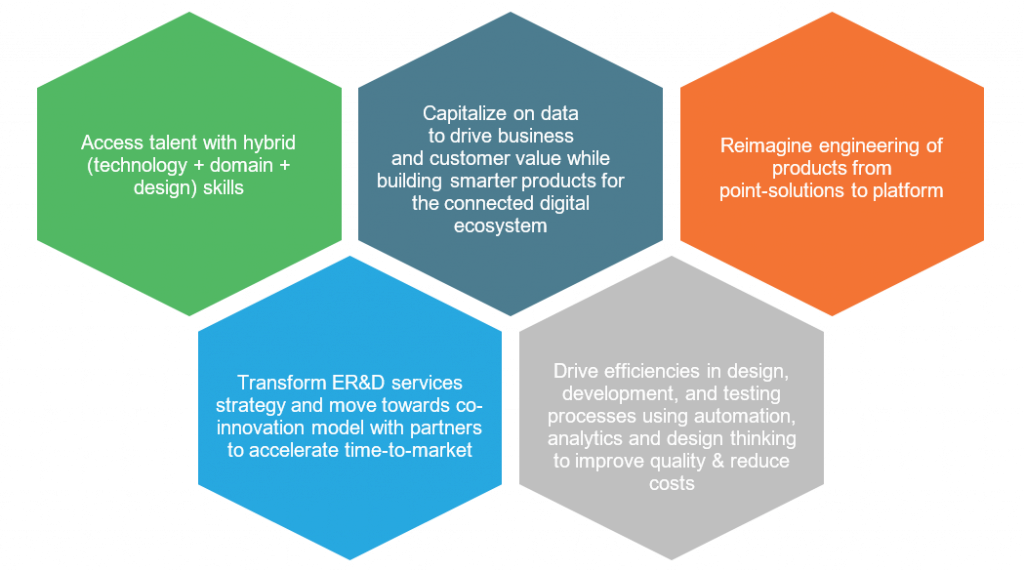 Implications for the industry
So what does this all mean for the ER&D services industry outlook, and for players in the domain? As it becomes increasingly crucial for enterprises and service providers to gain new capabilities in engineering and technology, there will be increased merger, acquisition, and partnership activity. Enterprises will look at partnering with niche technology firms or innovative startups for new product development. Service providers will pursue targeted acquisitions, and try to strengthen their value proposition for clients by increasing investment and focus on the segment. It will be exciting to see what happens in this space in the next 5-ten years.

For more insights and information on the ER&D services industry, please refer to our latest report, “The Evolving Demand Paradigm in the Engineering and Research and Development (ER&D) Services Industry.”

The proliferation of digital technologies is compelling enterprises to relook at their product development strategy, and integrate new technologies with products to deliver an enhanced customer-centric experience. Service providers in the ER&D industry are looking to expand their engineering service offerings by tapping into new technologies that can help them differentiate their position in the market and deliver increased value to their clients.

The convergence trend is manifesting itself in many ways in the industry, and fundamentally transforming the normal course of business for both enterprises and service providers:

Time-to-market pressure for product development is making enterprises and service providers look at avenues to deliver enhanced value to their customers. Make sure to visit our blog page later this week to read our follow-up post on the different ways they’re keeping up with this trend. 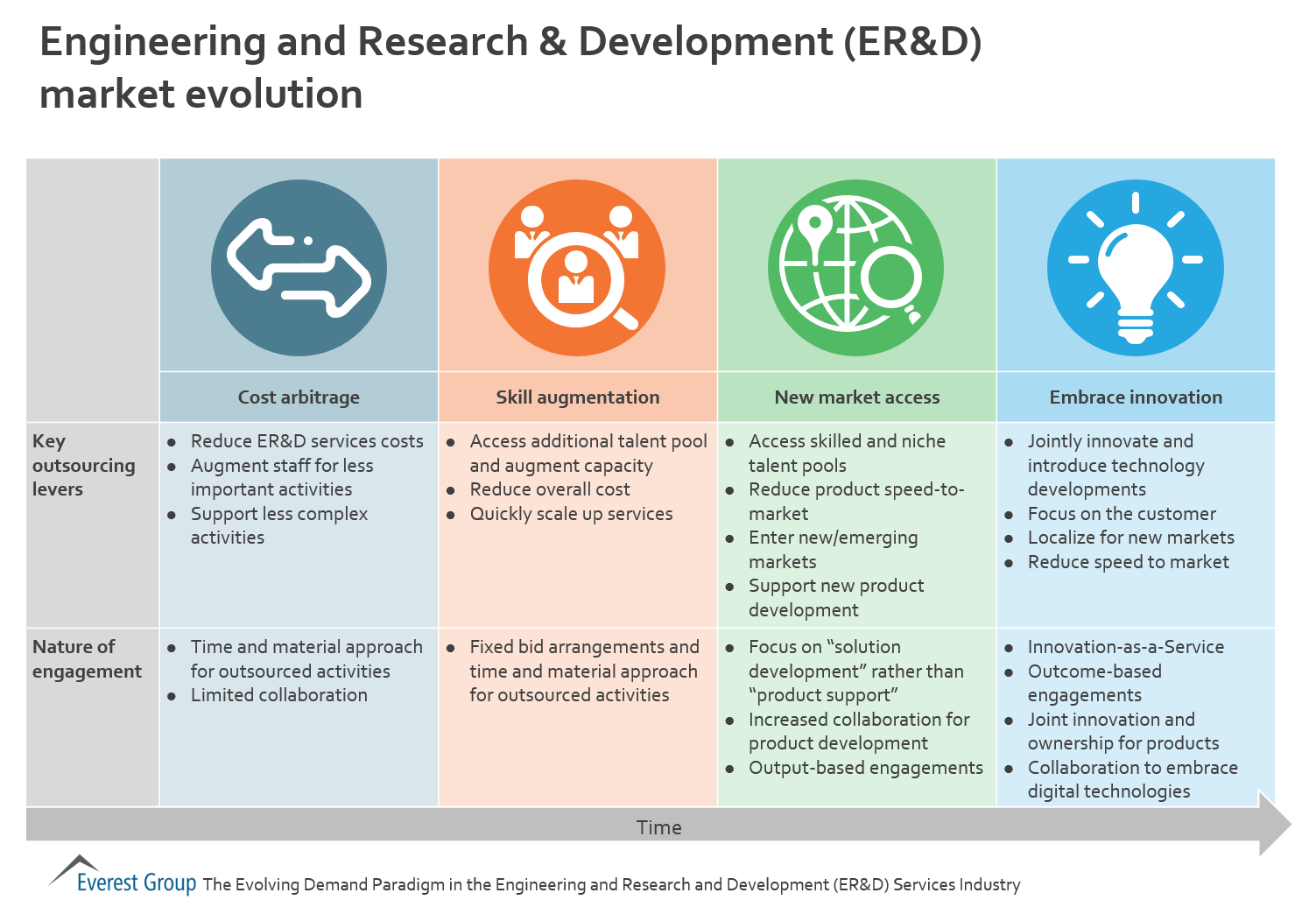 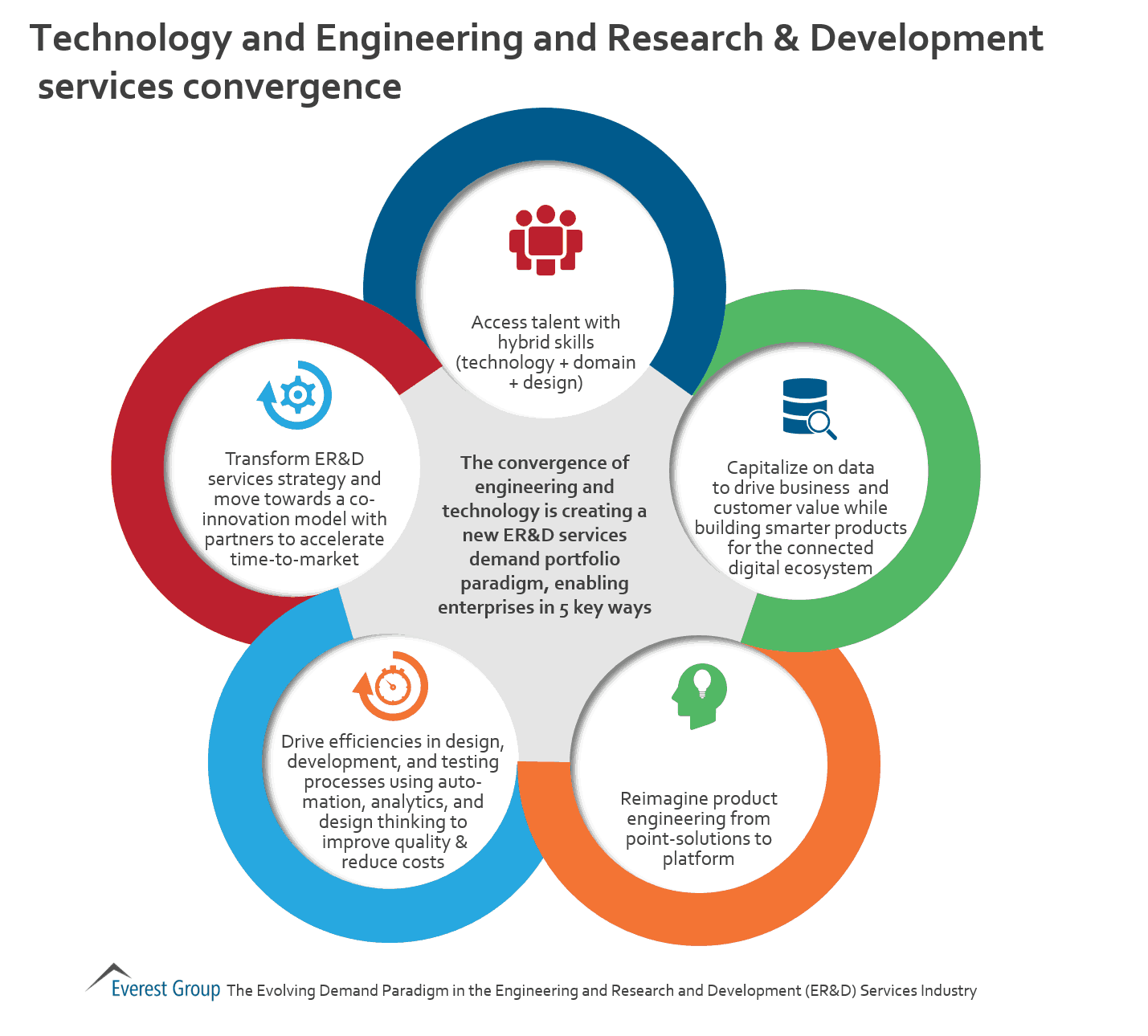 The convergence of engineering and technology is creating a new ER&D services demand portfolio paradigm, enabling enterprises in 5 key ways