Where are Financial Services Jobs Moving to? | In the News

The global financial services sector faces a series of new challenges, from the rapid adoption of automation, increasing regulation and Brexit to protectionist rhetoric in the US. This changing landscape means that traditional outsourcing models are under scrutiny, some roles may disappear and others are shifting to new parts of the world.

Globally, banking and financial services sector (BFS) companies signed US$4.9bn worth of IT and business process outsourcing (IT-BPO) contracts between Q4 2016 and Q3 2017, according to KPMG’s Global IT BPO outsourcing deals analysis. Figures from Everest Group Research reveal that global revenue from the IT-BPO market in BFS is between US$100bn and US$150bn. And the three key low-cost countries of India, the Philippines and Poland employ a total of between 310,000 and 850,000 people in BFS BPO alone. 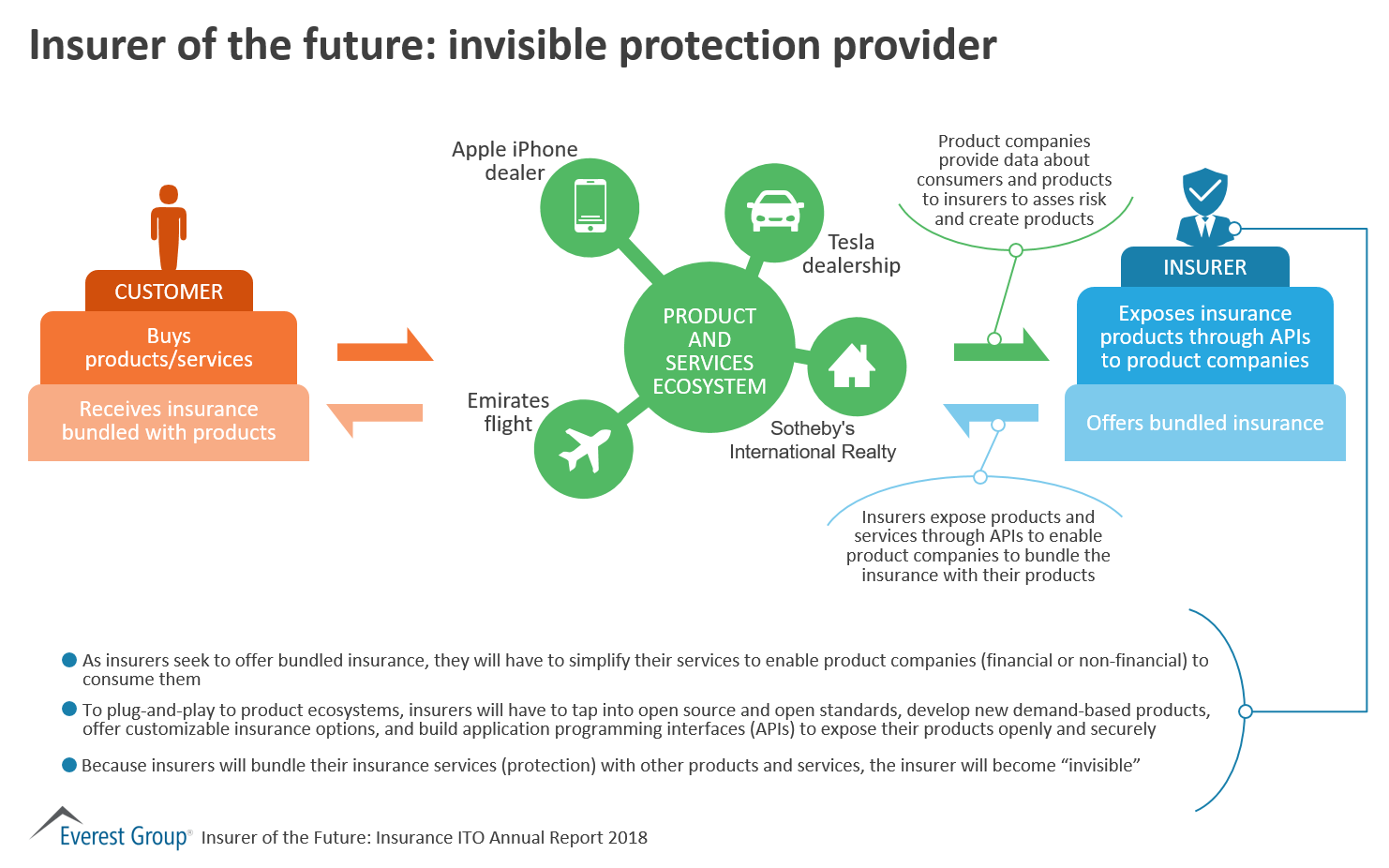 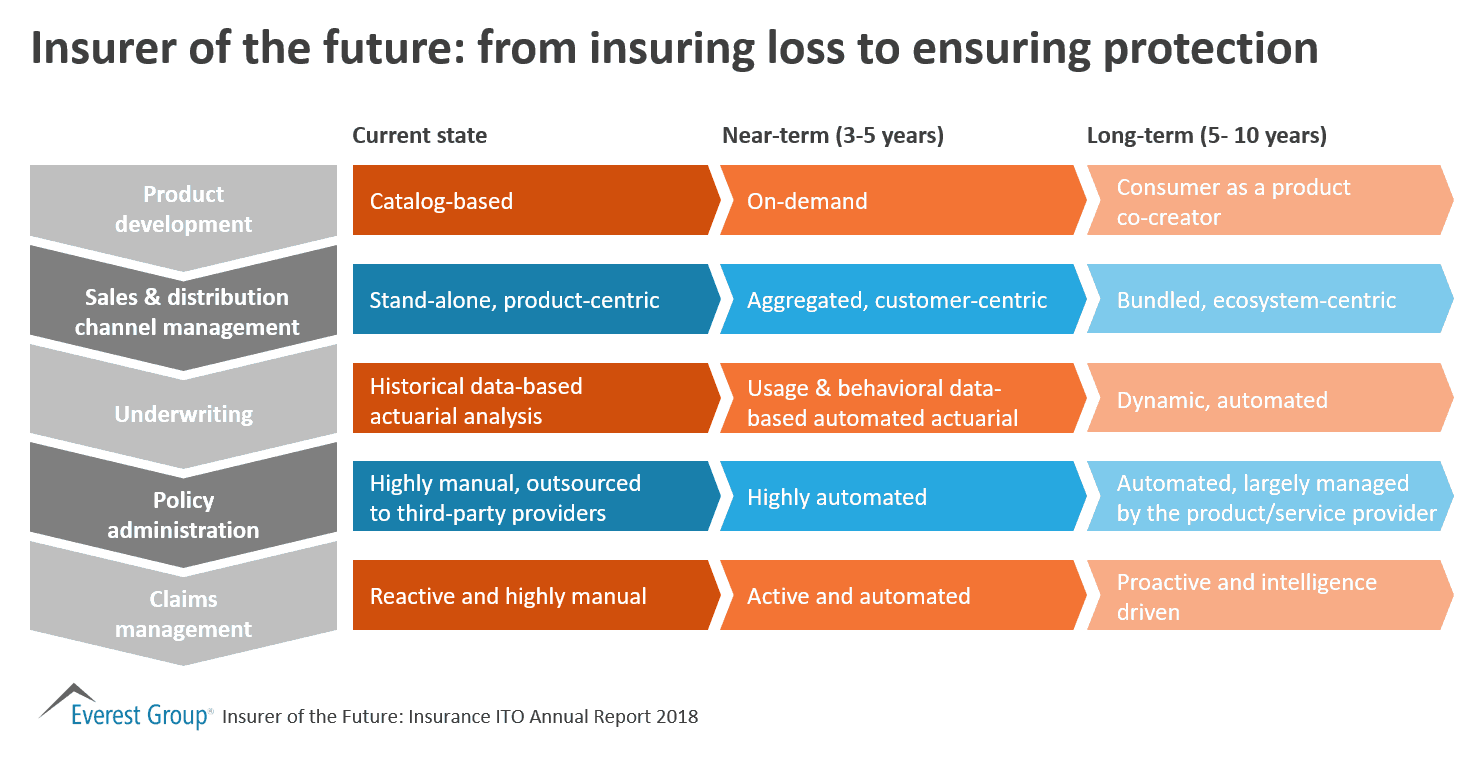 TPA or BPO: Which Is the Right Choice? | Market Insights™ 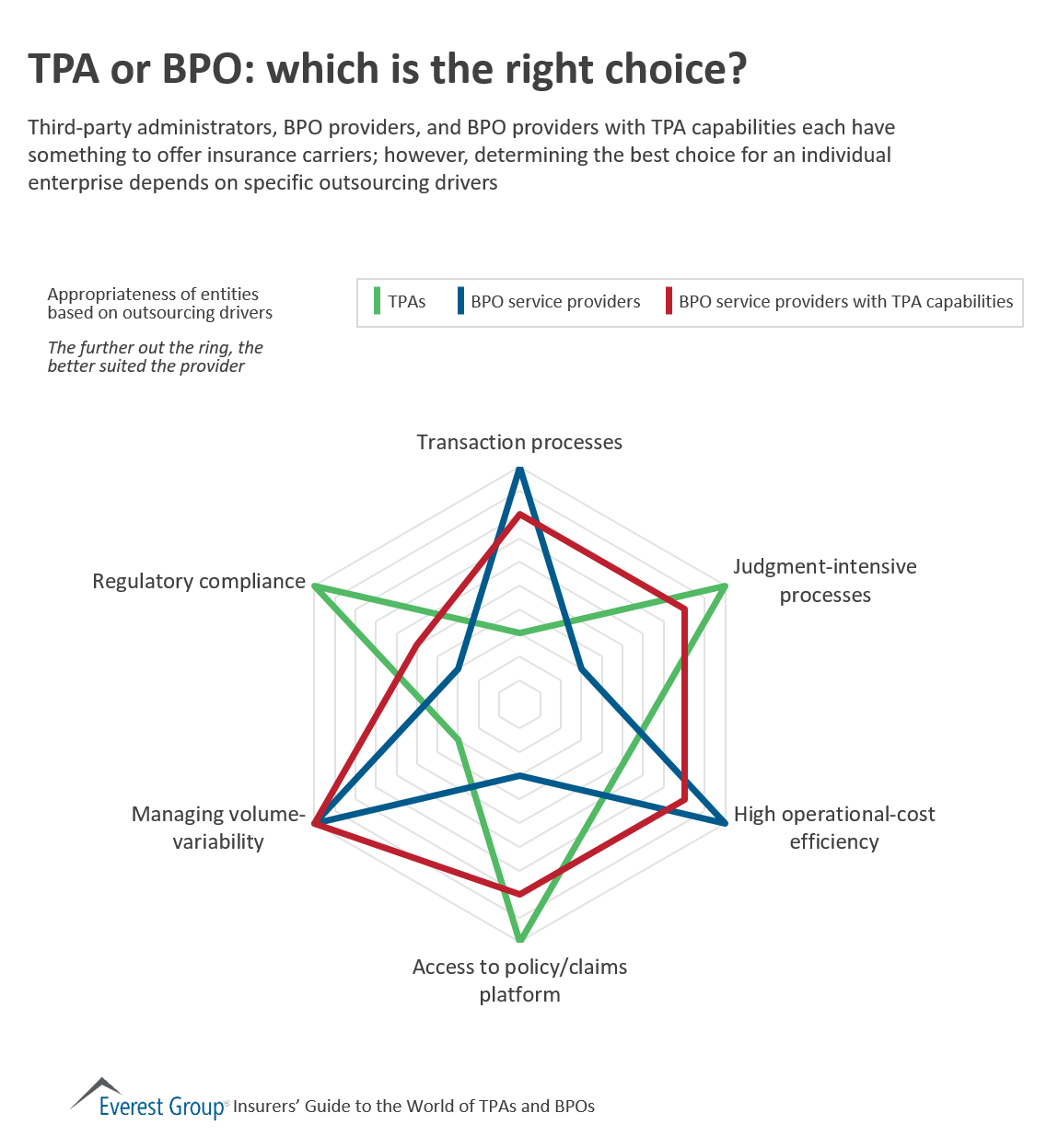 Third-party administrators, BPO providers, and BPO providers with TPA capabilities each have something to offer insurance carriers; however, determining the best choice for an individual enterprise depends on specific outsourcing drivers 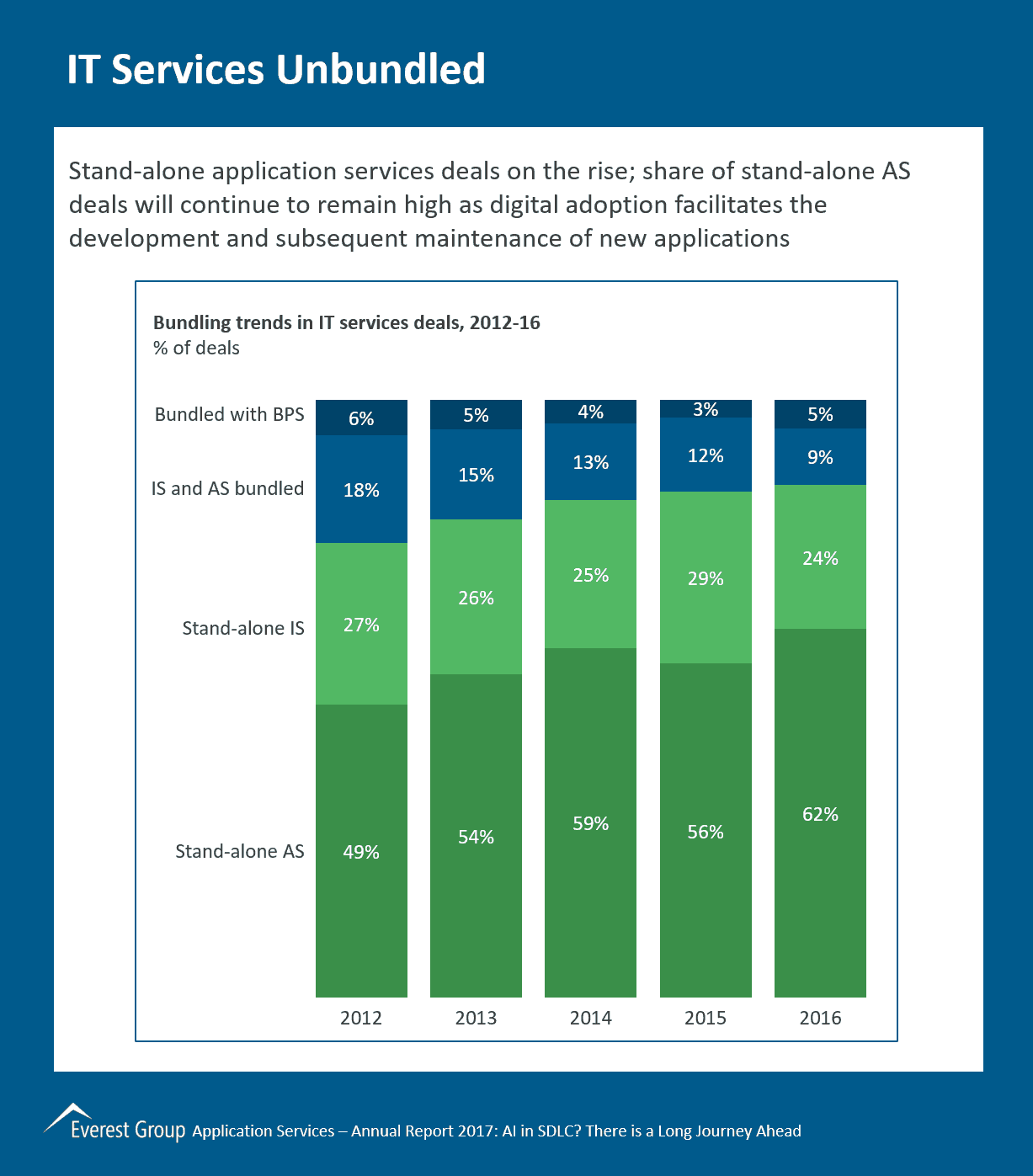 Stand-alone application services deals on the rise; share of stand-alone AS deals will continue to remain high as digital adoption facilitates the development and subsequent maintenance of new applications 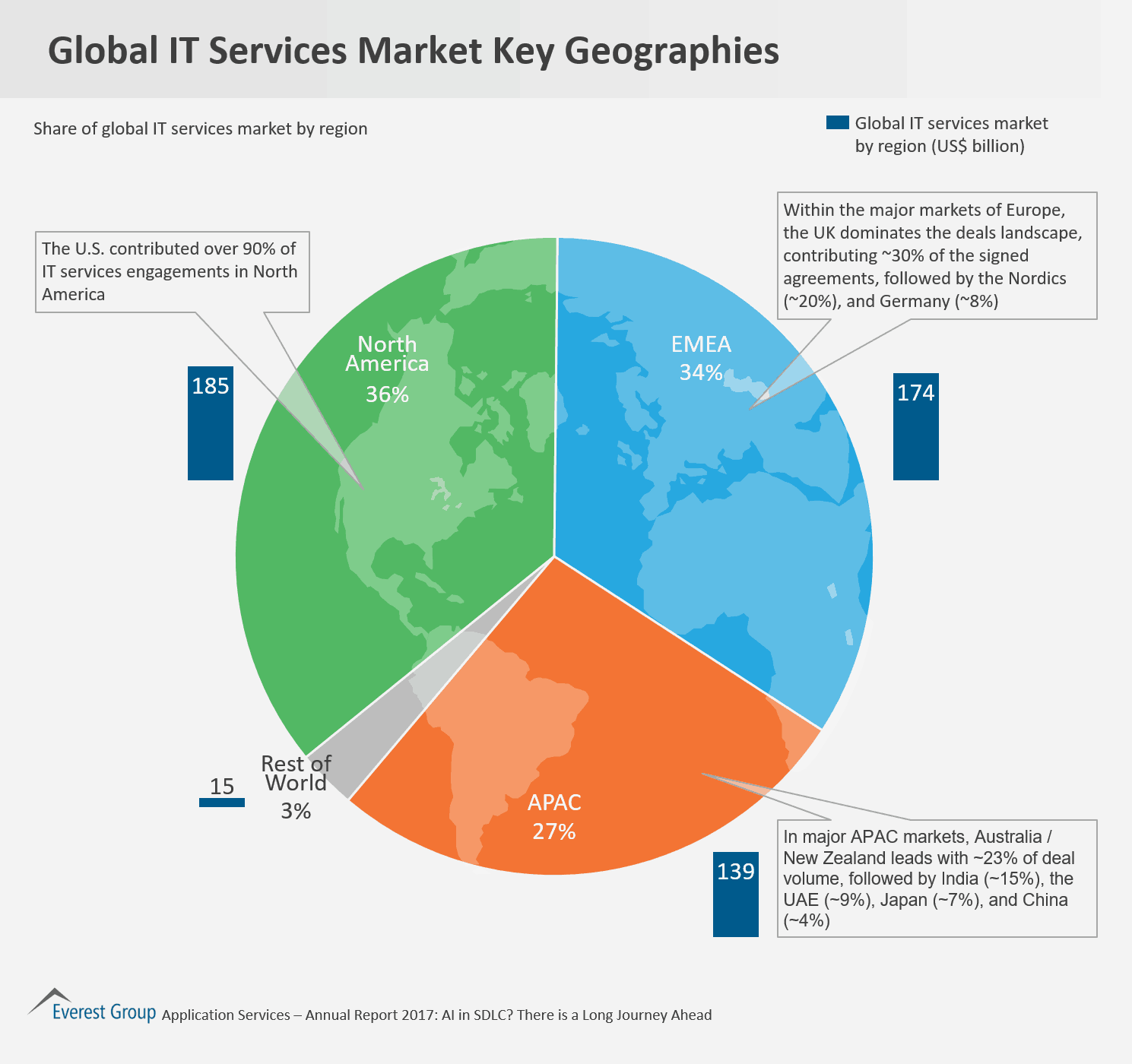 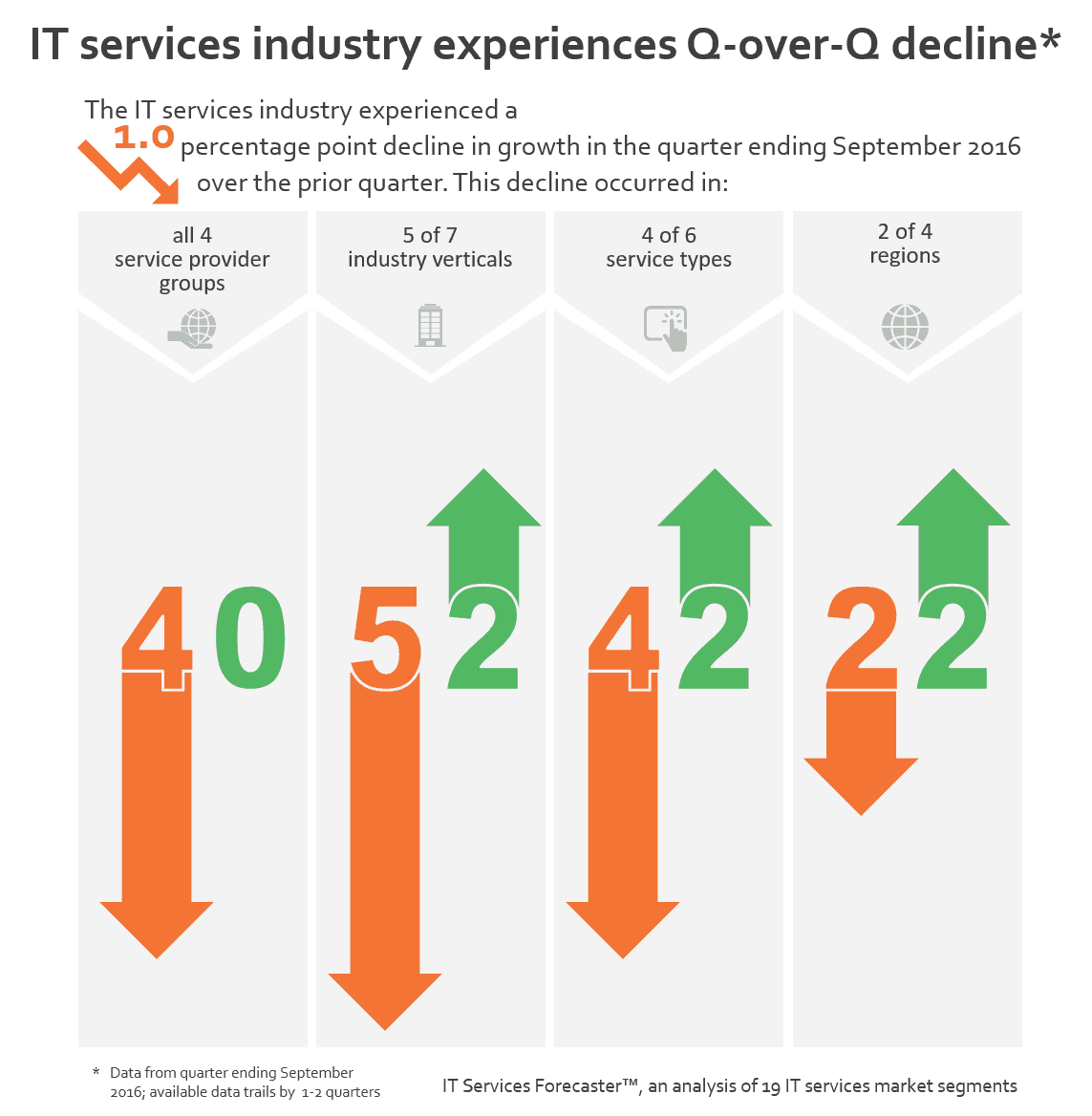 The IT services industry experienced a 1.0 percentage point decline in growth in the quarter ending September 2016 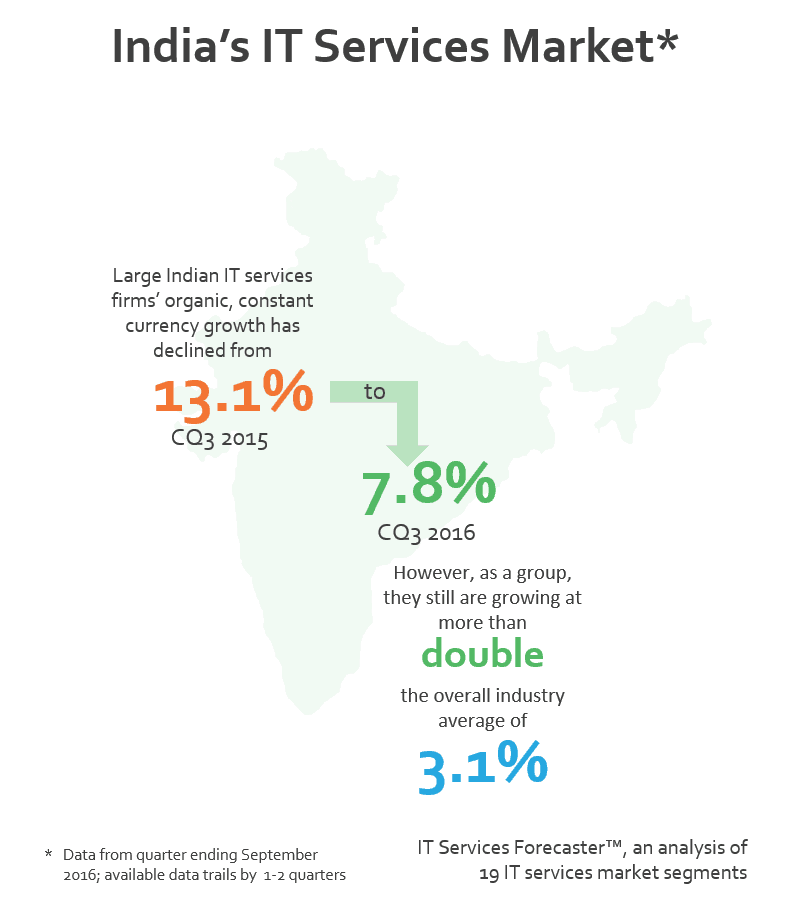 Large Indian IT services firms’ organic, constant currency growth has declined from 13.1% to 7.8%
in the last quarter 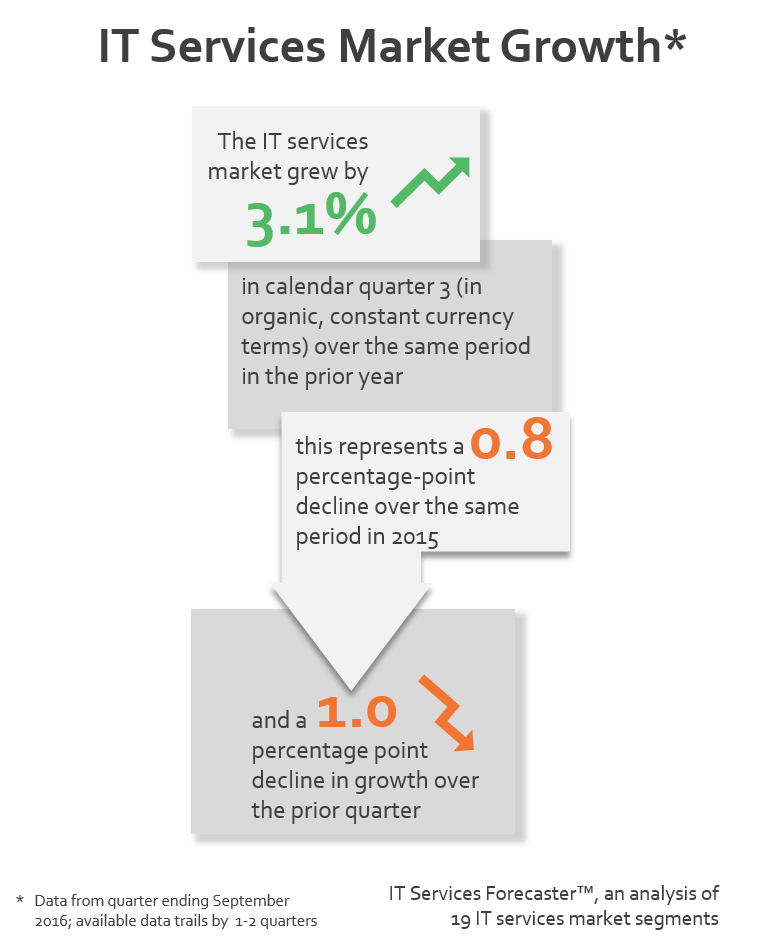 The IT services market grew by 3.1% in calendar quarter 3 (in organic, constant currency terms) over the same period in the prior year