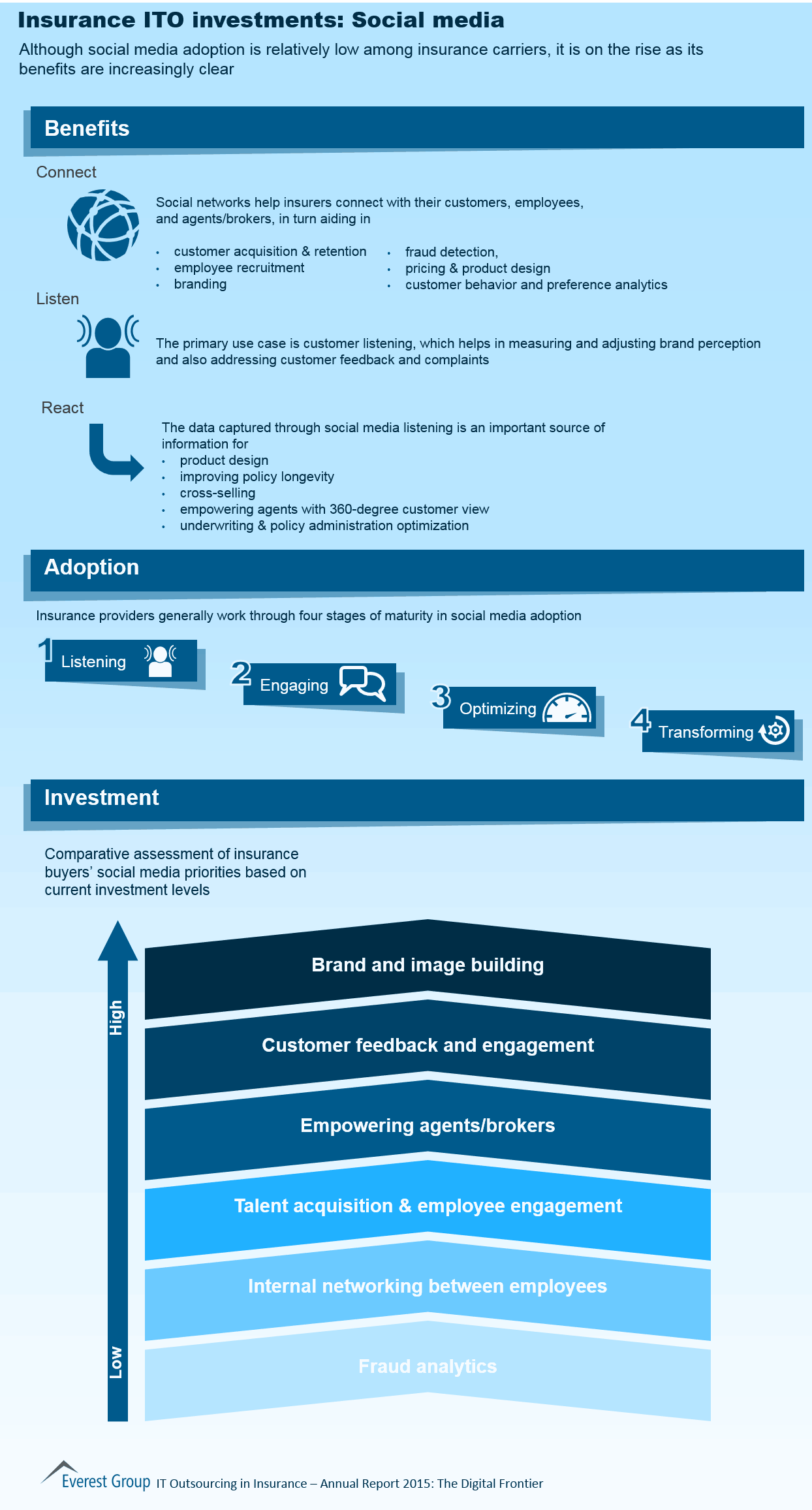 Although social media adoption is relatively low among insurance carriers, it is on the rise as its benefits are increasingly clear 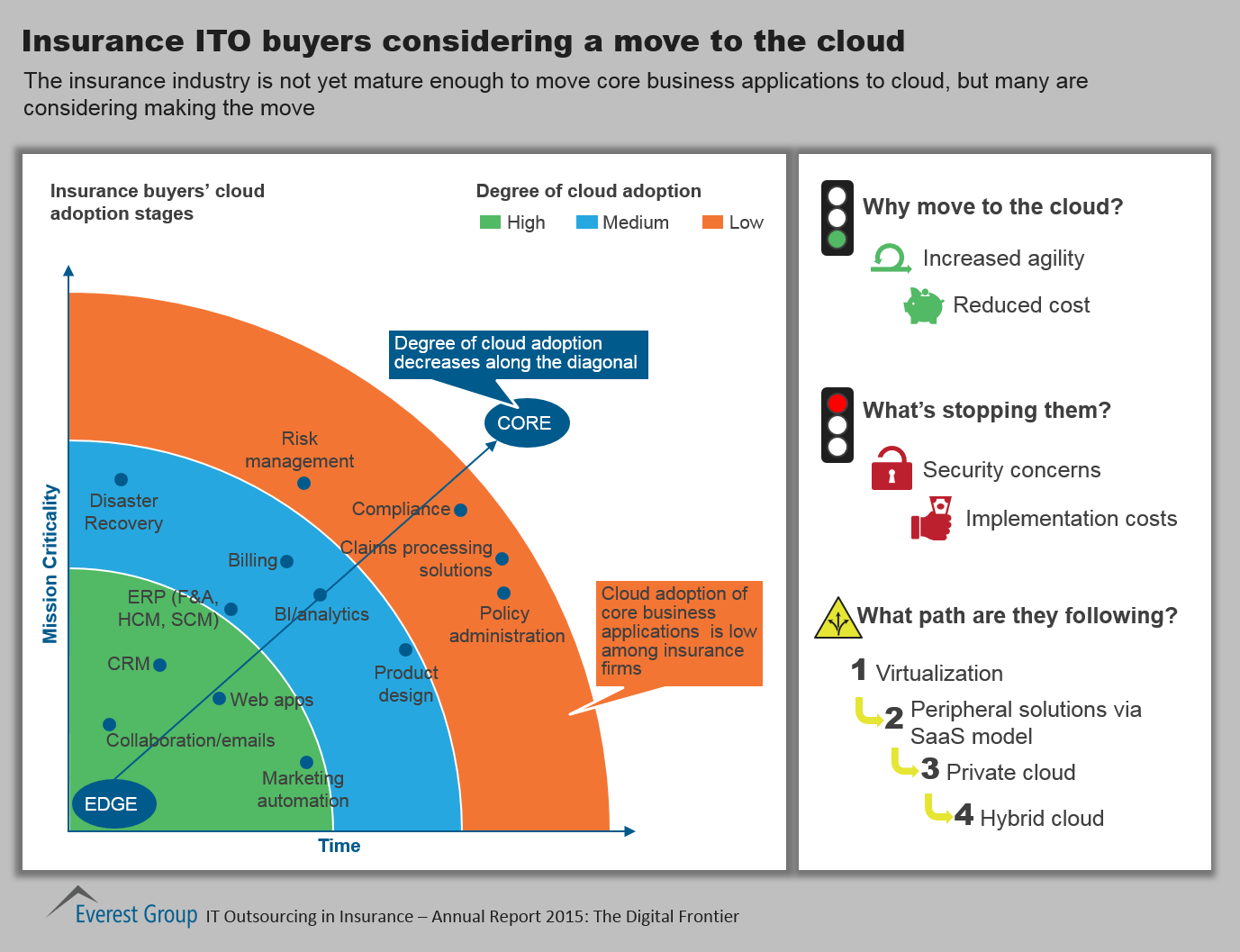 The insurance industry is not yet mature enough to move core business applications to cloud, but many are considering making the move 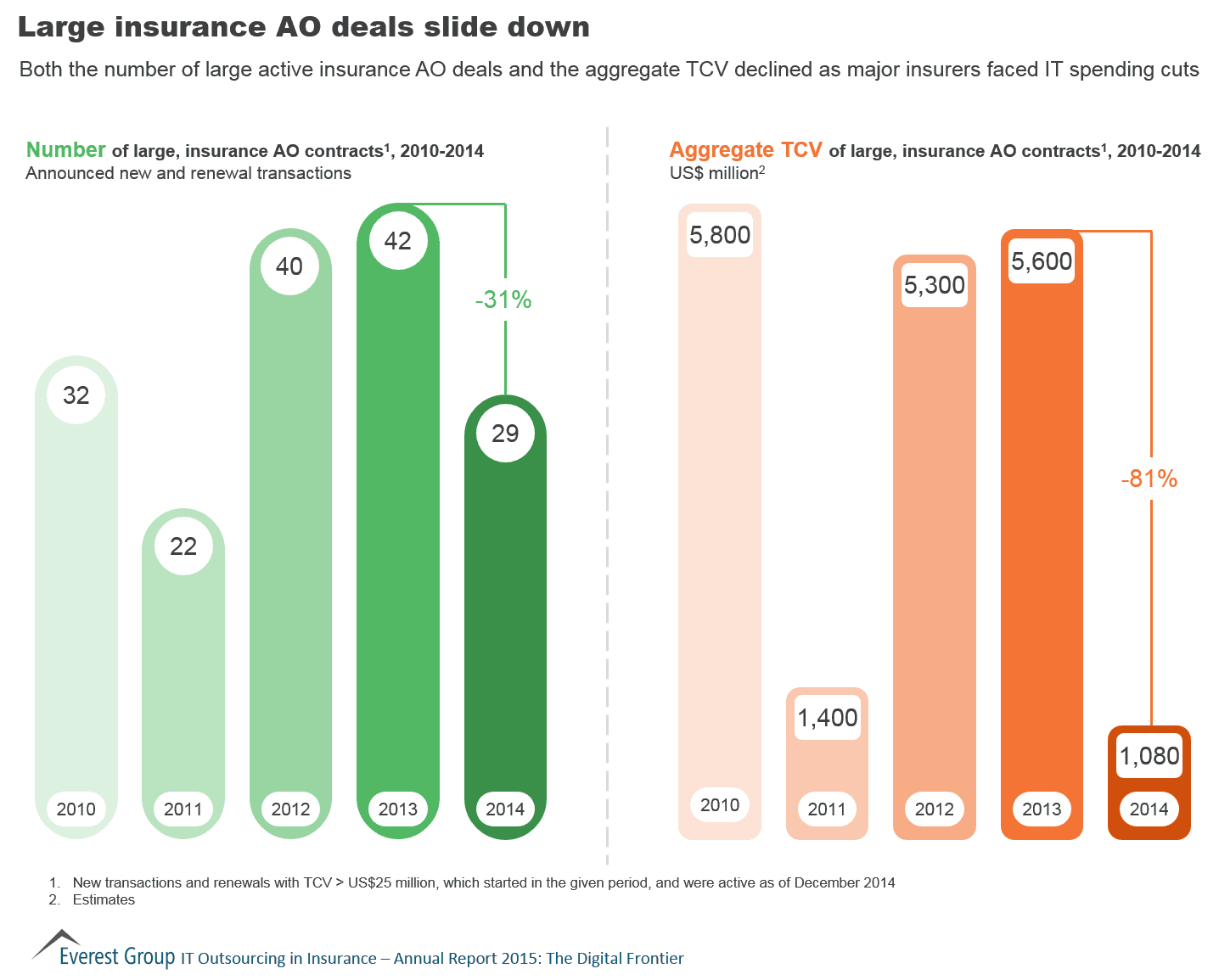 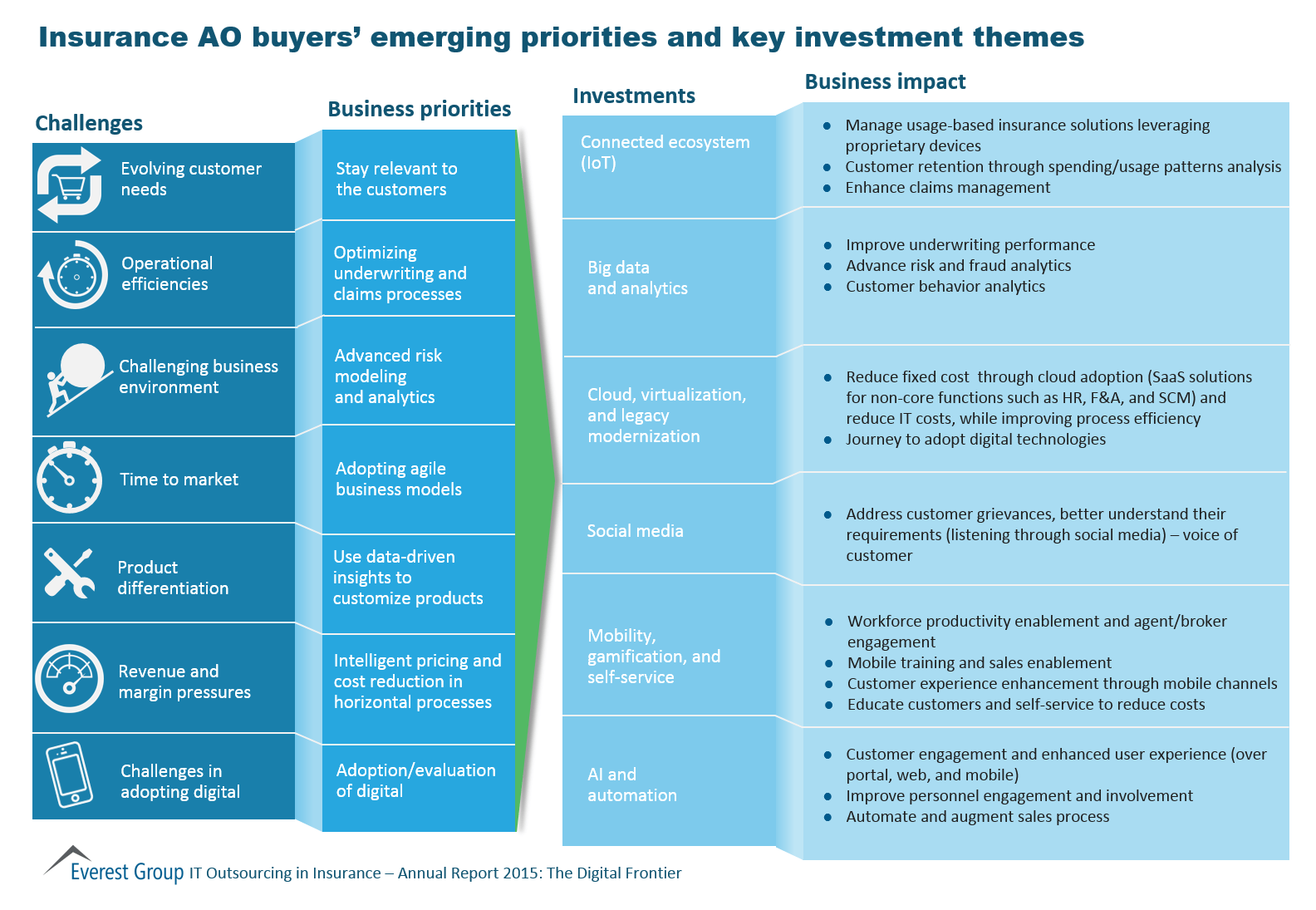 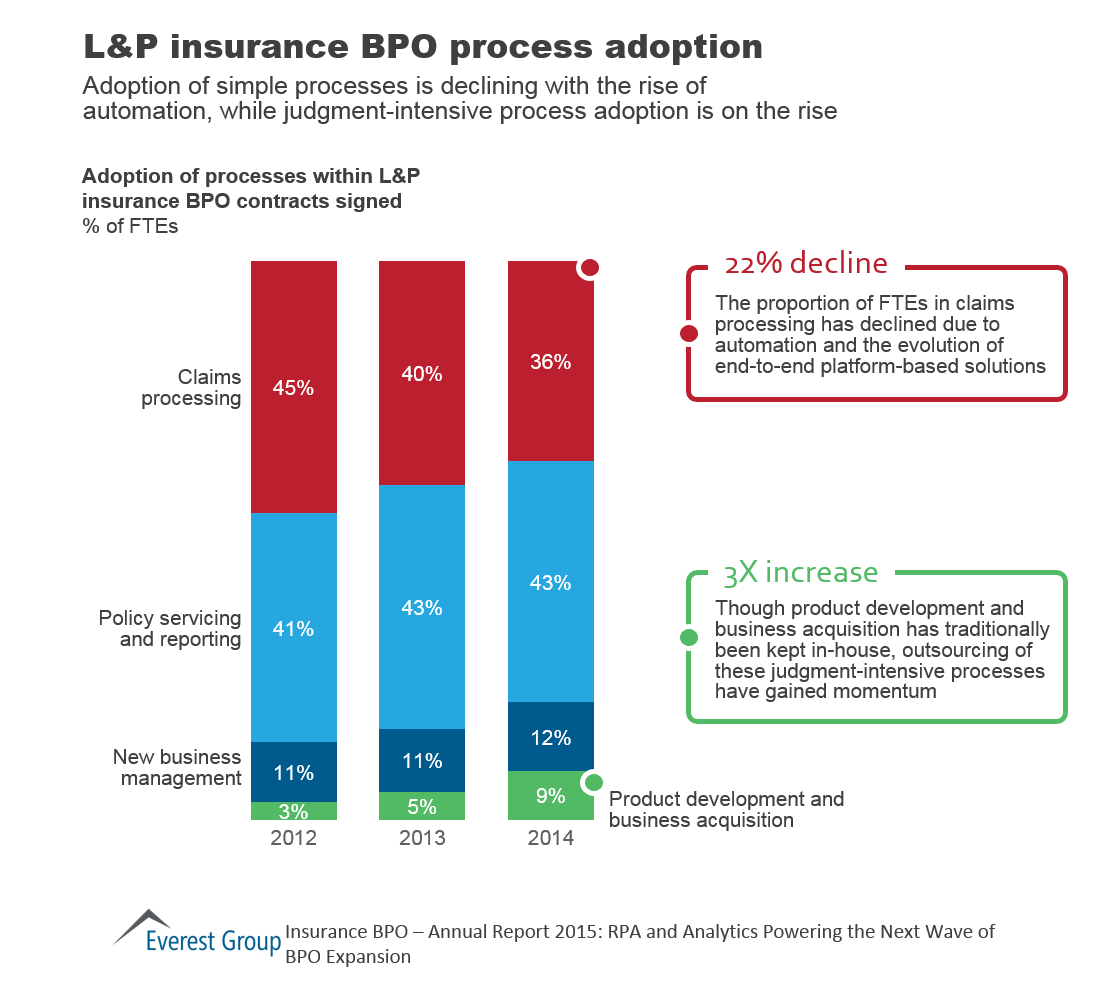 Adoption of simple process is declining with the rise of automation, while judgment-intensive process adoption is on the rise 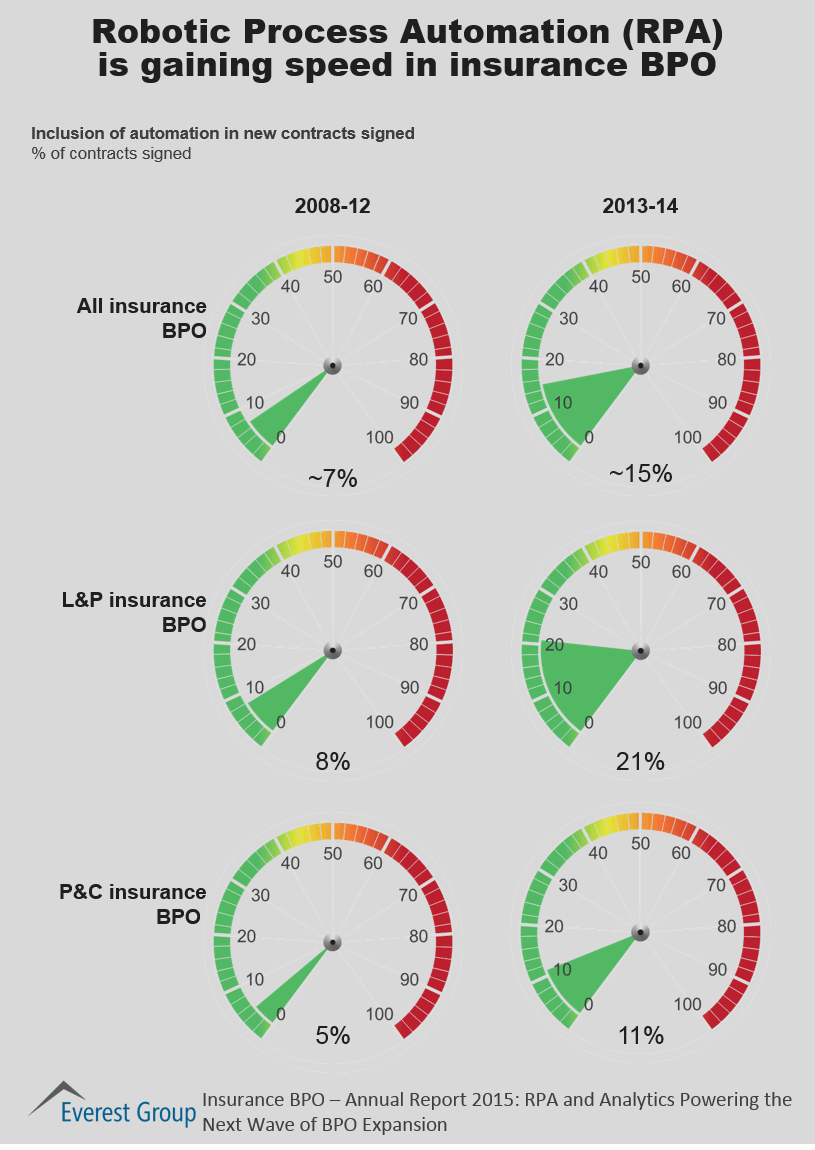 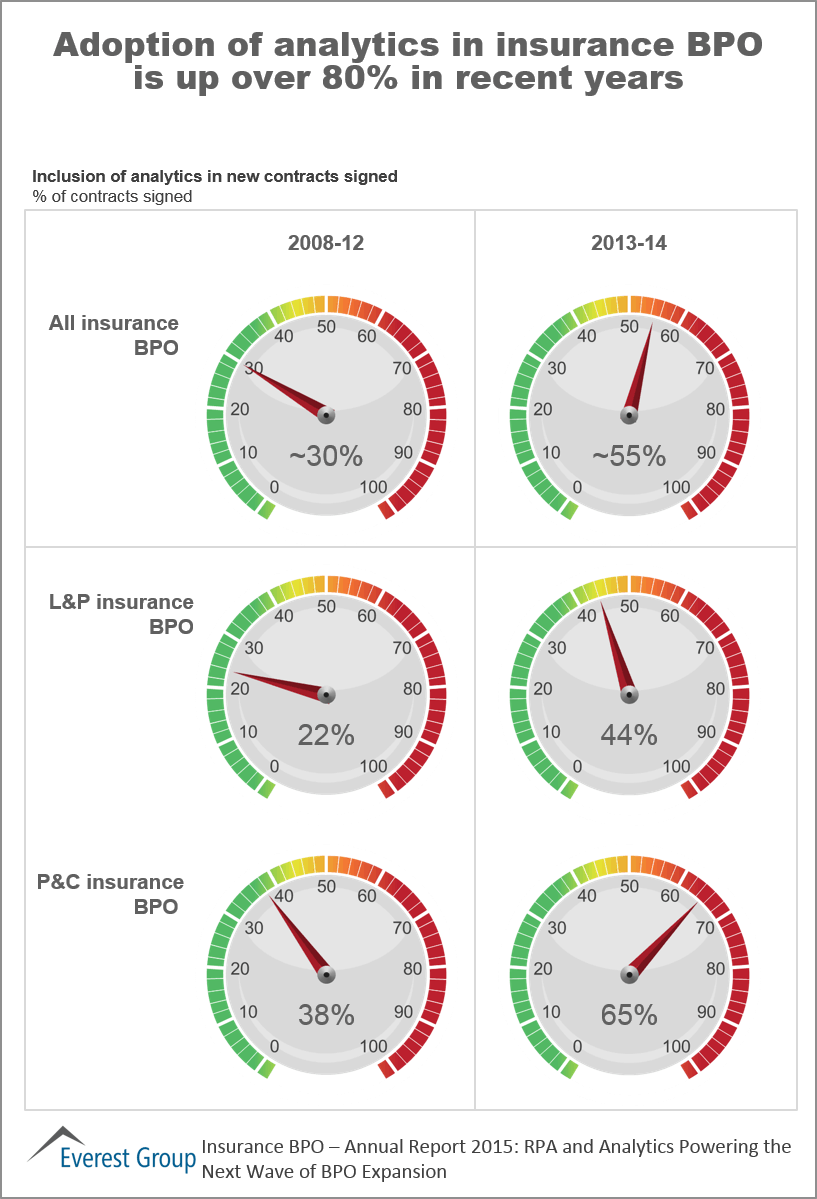 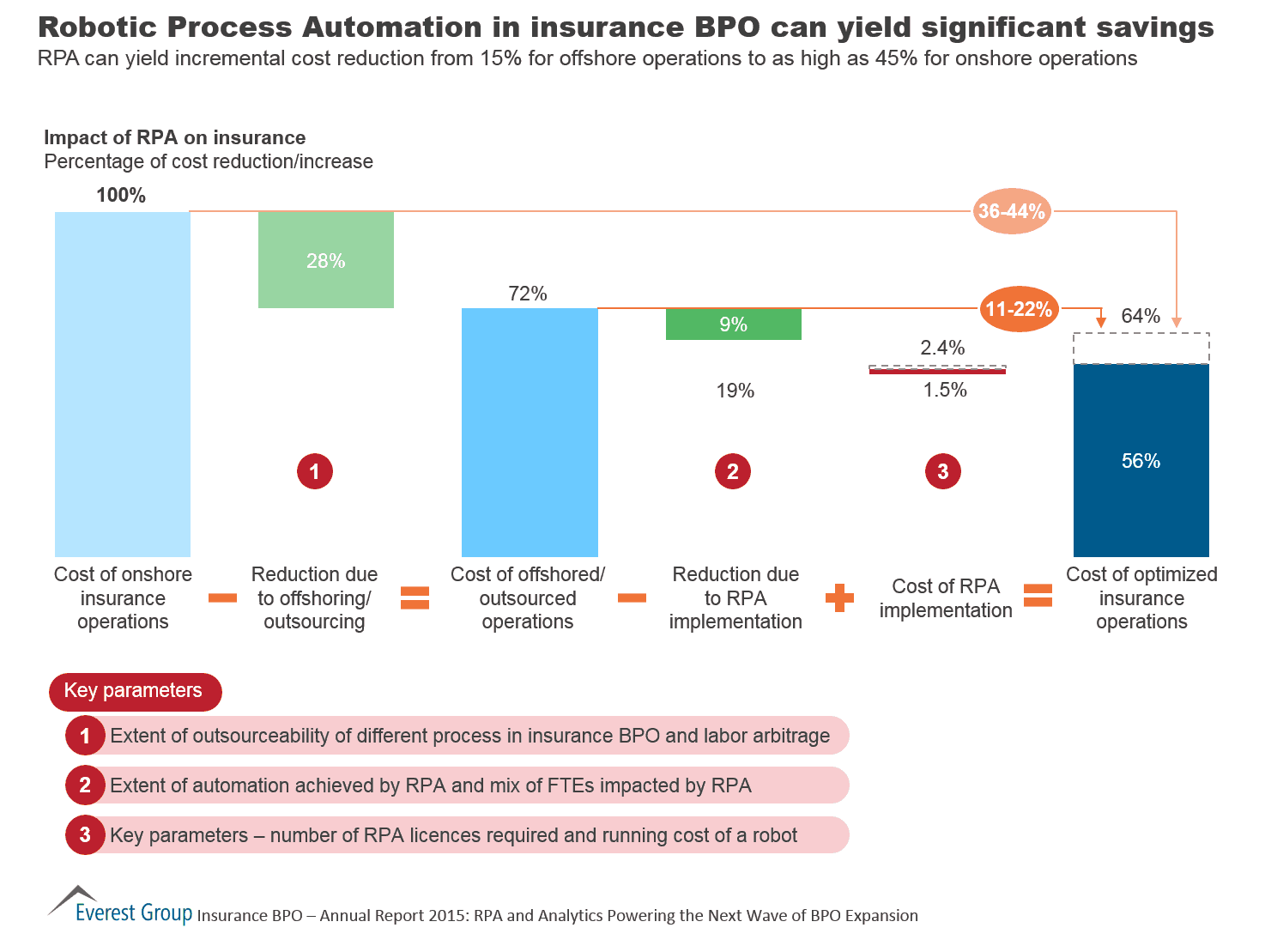 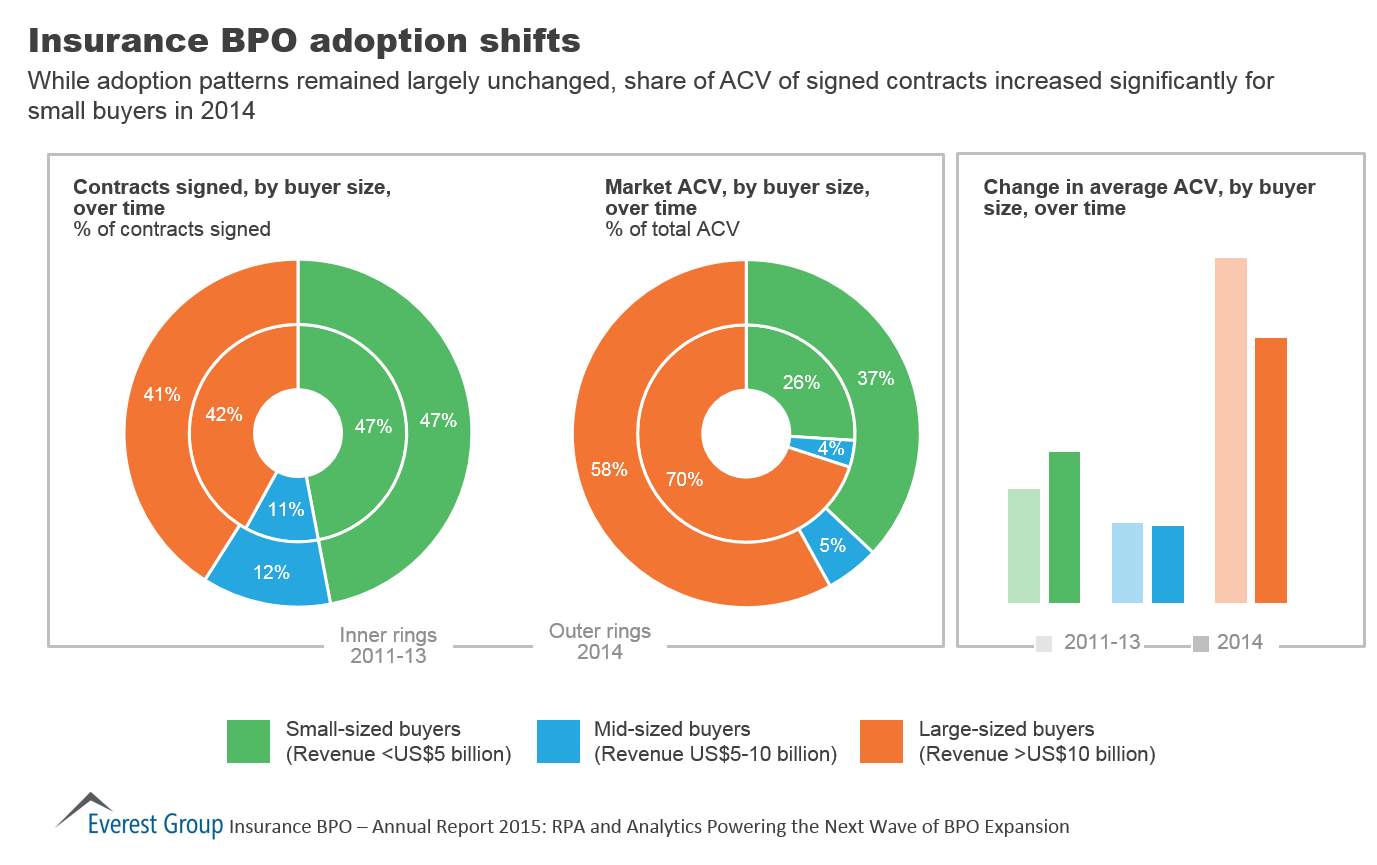 This week we heard that Capita and Xchanging had agreed on the terms of a recommended cash offer of 160 pence per share. The offer values Xchanging at approximately £412m. If it goes ahead, the acquisition would be Capita’s largest ever; it is 260% bigger than its previous largest acquisition, that of avocis for £157m in February 2015.

If this bid goes through, it will impact Capita’s business in the following ways:

Clearly, this acquisition can help accelerate Capita’ growth and capabilities in multiple ways. However, as with any acquisition, successful integration will be key to harness the potential including effectively addressing recent issues.

Capita is not the only service provider to be eying growth in the insurance sector. With this bid, Capita’s acquisitive culture is set to give it an edge over the others.