Open Source “Robin”: A Disruptor in the RPA Industry? | Blog 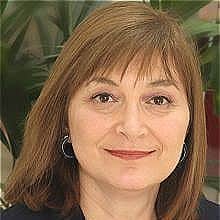 The RPA world just got a bit more exciting with the early release of Robin, a Domain Specific Language (DSL) designed for RPA and offered via an Open Source Software (OSS) route. A brainchild of Marios Stavropoulos, a tech guru and founder and CEO of Softomotive, Robin is set to disrupt the highly platform-specific RPA market. Robin is not the first attempt to democratize RPA, so will it succeed at this feat?

RPA democratization isn’t a new concept. Other OSS frameworks, such as Selenium, have been used for RPA. But they weren’t designed for RPA and are best known for software testing automation. And there are other free options such as WorkFusion’s RPA Express, and Automation Anywhere’s and UiPath’s free community licenses. These have certainly lowered the barrier to RPA adoption but come with limits, for example, the number of bots or servers used.

When demonstrating his software environment, Stavropoulos explains that the principles he has applied to Robin are to make RPA agile, accessible, and free from vendor lock-in. This could be very powerful, for example, an RPA DSL could provide more user functionality. Not having to rip out and replace robots when switching to a different RPA software is tremendously appealing. And, availability of OSS RPA is likely to boost innovation as it will make it a lot easier to develop new light programs that simply collect and process data, such as RPA acting as a central data broker for some functions.

What’s in it for Softomotive?

There are four main reasons for an RPA vendor to invest in an open source offering.

First, Softomotive will become the keeper of the code. And while it will not charge for the software, not even other RPA vendors that start to support it, it will charge for Robin support and maintenance should customers wish to pay for those services.

Second, many other OSS vendors grew on the back of this model and got acquired by bigger companies. For example, JasperSoft, the OSS reporting company was acquired by Tibco for US$185 million in 2014, and Hitachi Data Systems acquired Pentaho for a rumored US$500 million in 2015. I’m not at all hinting here that Softomotive is looking to be acquired, but these are compelling numbers.

Third, if Robin is successfully adopted, the user community will contribute to the development of the environment and modules to a community library. There will also be community-led support and issue resolution, and so on.

Finally, Softomotive will still have its own products and will continue to generate revenue based on the solutions it wraps around Robin.

Of course, while Robin is a great idea, Stavropoulos needs to ensure it is quickly and widely adopted. For it to become the de facto language of RPA, other RPA vendors must support it. And the only way to get them to support it is by forcing their hands with widespread adoption.

There are two ways Stavropoulos can make this happen; via free online delivery and through classroom-based training in key RPA developer hubs such as Bangalore. He is lucky to have a lot of existing users in small- to medium-sized companies. The developers in those companies are likely to try out Robin and give Stavropoulos a flying start.

Getting Robin onto a major OSS framework is also very important.

An RPA DSL on an OSS ticket is an exciting proposition that could significantly disrupt the market. But success depends on adoption and on Stavropoulos playing his cards right. 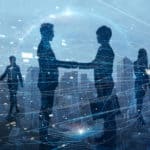 Appian announced its intent to acquire the Spanish vendor Novayre Solutions SL and its Jidoka [...] 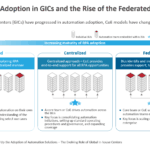 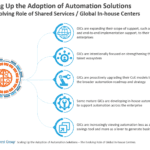 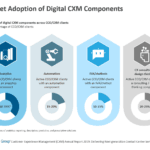