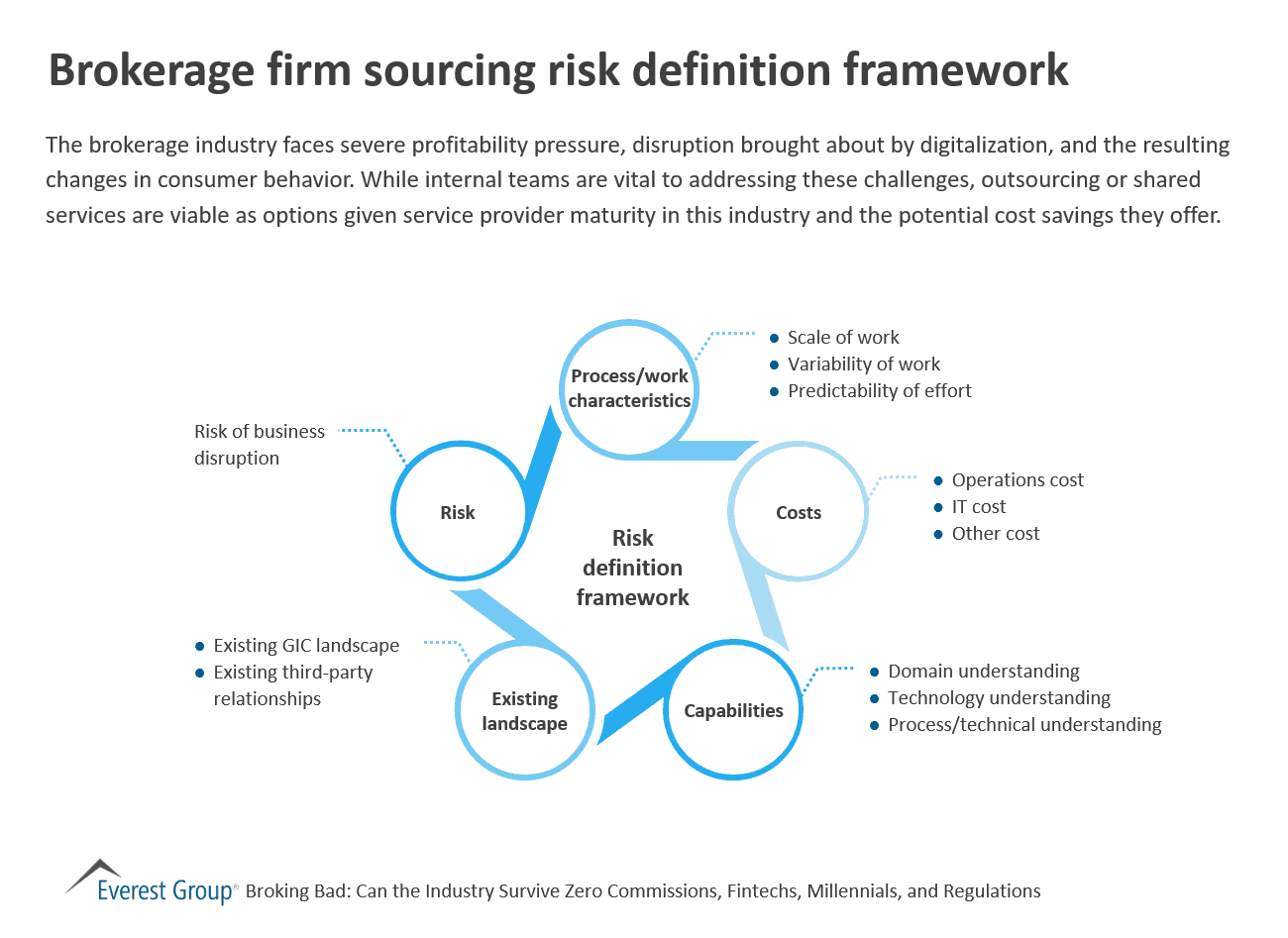 Brokerage firm sourcing risk definition framework: The brokerage industry faces severe profitability pressure, disruption brought about by digitalization, and the resulting changes in consumer behavior. While internal teams are vital to addressing these challenges, outsourcing or shared services are viable as options given service provider maturity in this industry and the potential cost savings they offer. 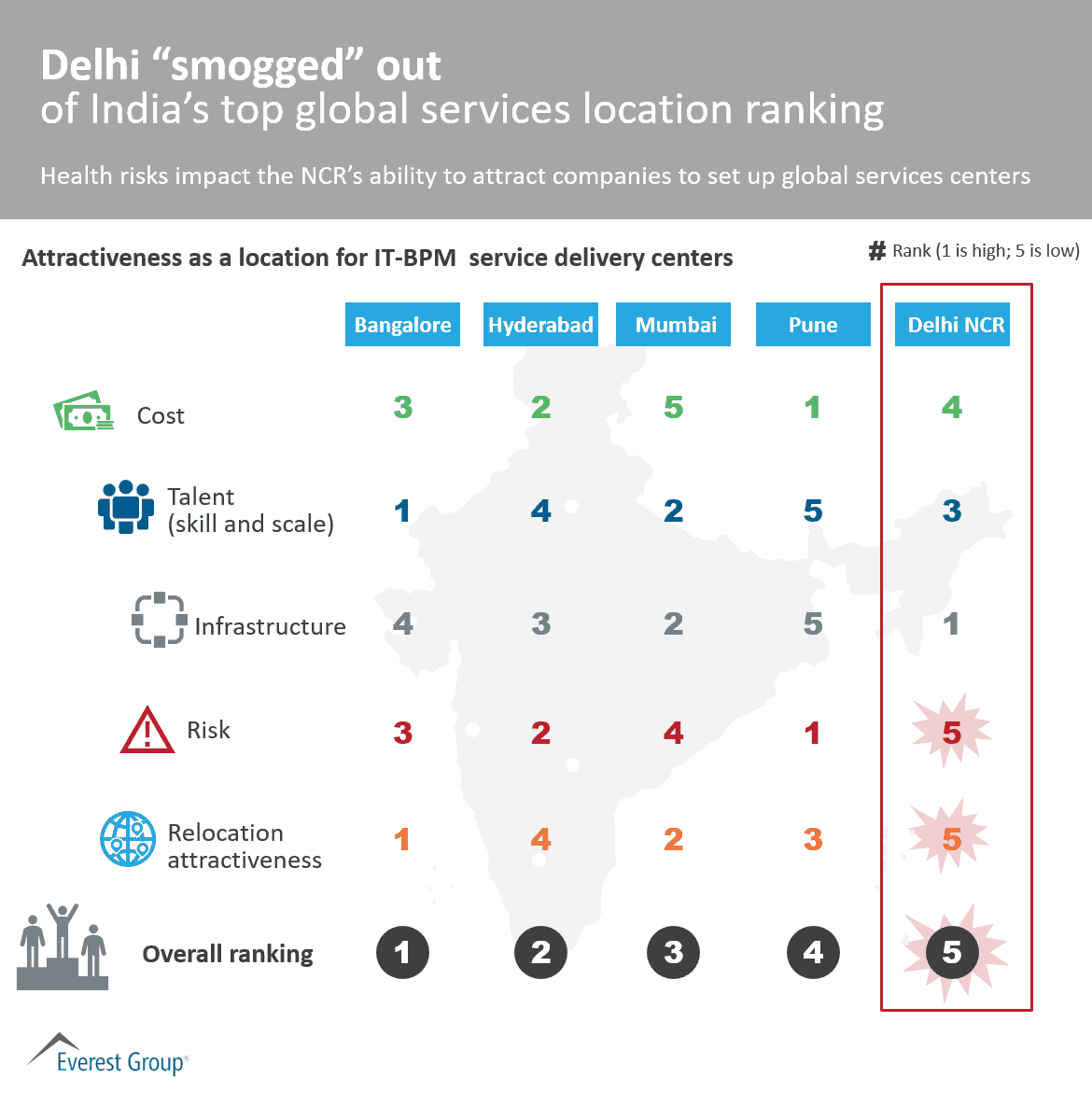 From Shadows to Spotlight: Risk Management in the Banking Industry | Market Insights™ 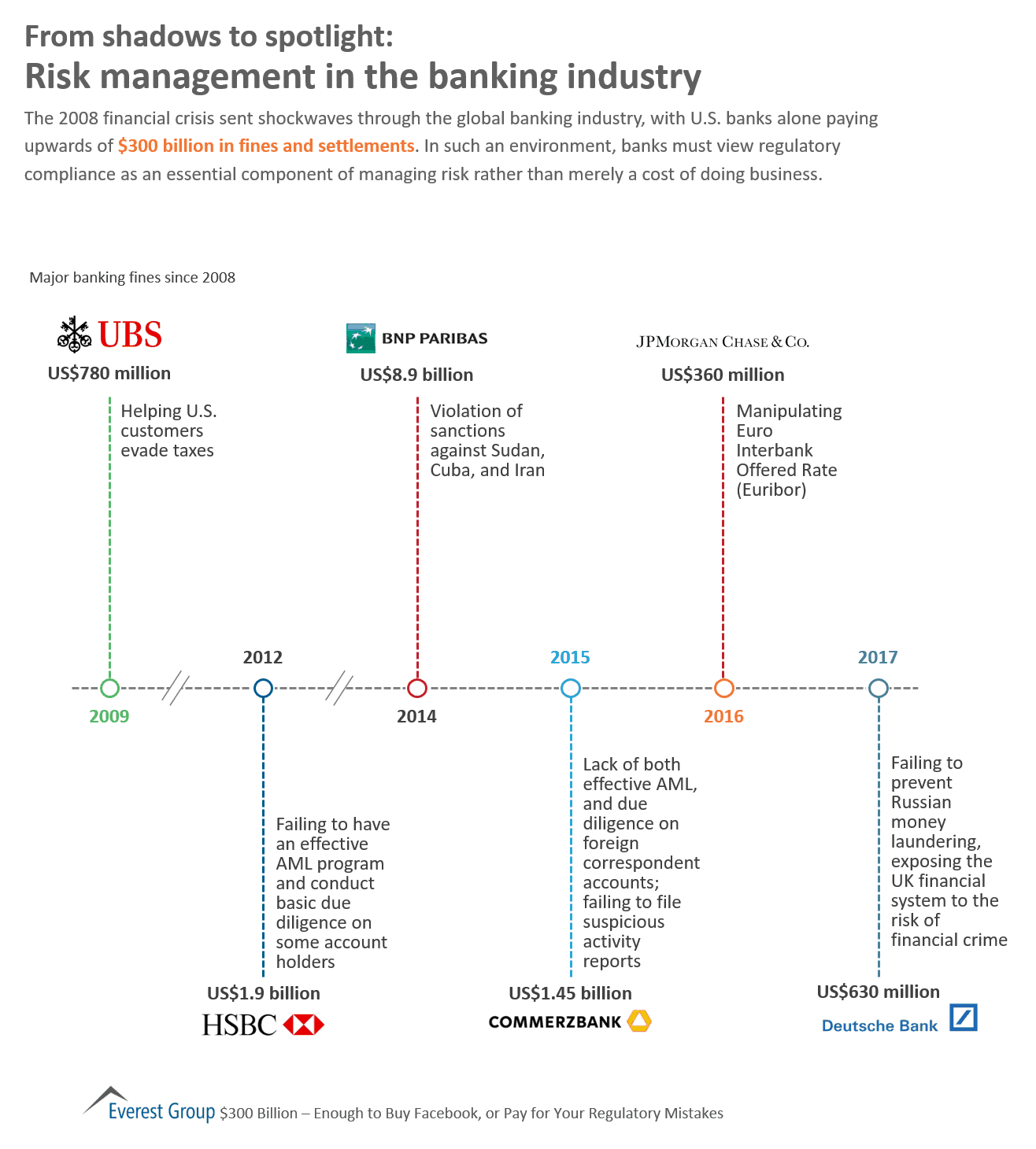 The 2008 financial crisis sent shockwaves through the global banking industry, with U.S. banks alone paying upwards of $300 billion in fines and settlements, and bringing the need for strong risk management practices into sharp focus 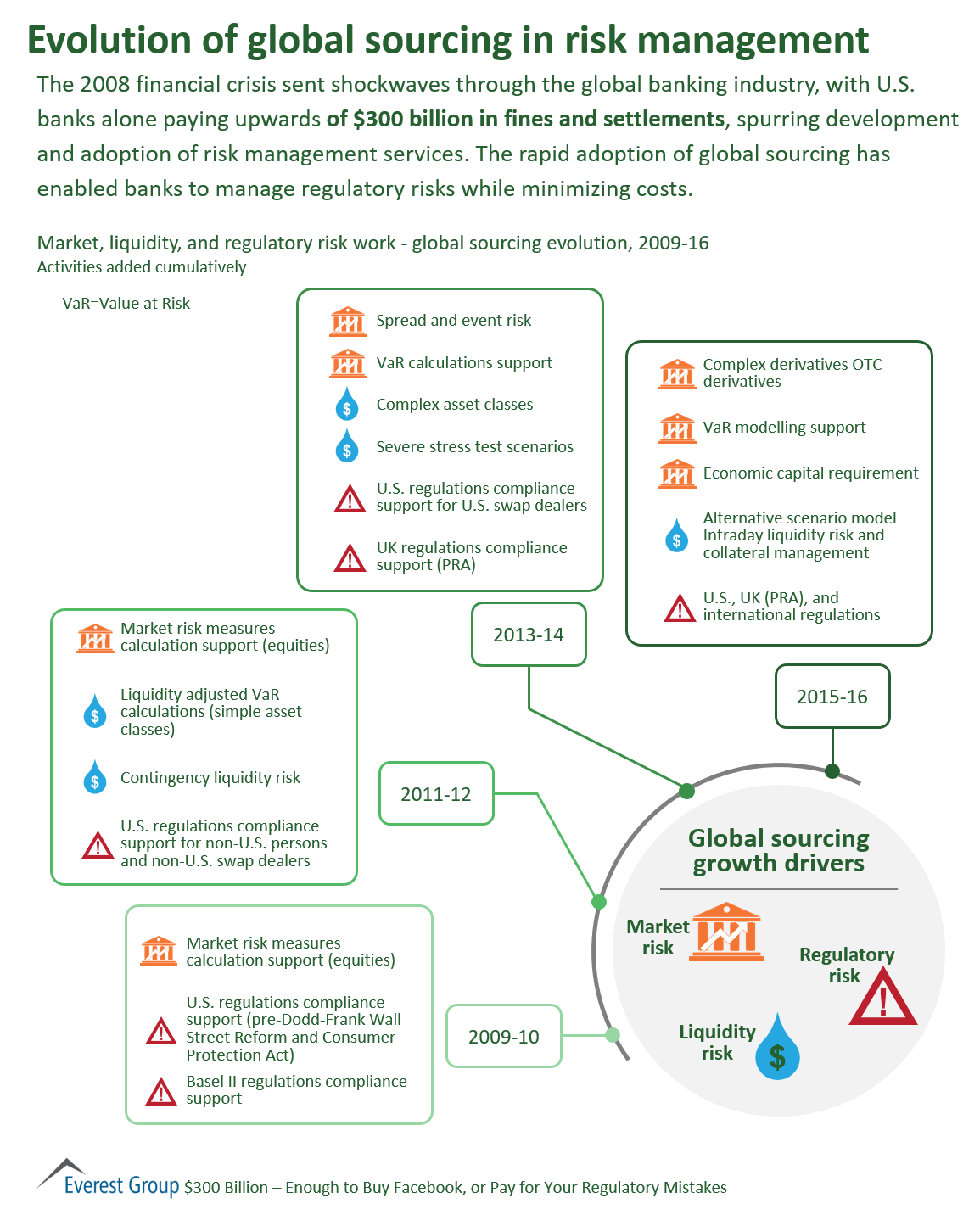 The 2008 financial crisis sent shockwaves through the global banking industry, with U.S. banks alone paying upwards of $300 billion in fines and settlements, spurring development and adoption of risk management services 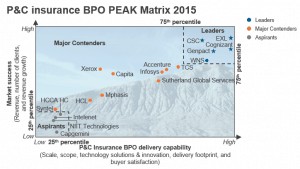 As we at Everest Group study the service industry, we find that a number of service providers have been successful in growing their relationships with some large clients into very substantial annual expenditures often exceeding $100 million a year. These accounts have become the backbone of the leading service providers’ business and have accounted for much of the growth of the leading firms such as Cognizant’s and TCS. As we have studied this phenomenon, we have come to recognize that these mega accounts are important engines of the industry and are vital to the leading firm’s growth and profits. However, the industry is facing increasing headwinds inside many of these big accounts.

These headwinds emanate from different sources. In the financial services market, the headwinds come from regulators. Under Dodd-Frank, regulators are driving a more aggressive regulatory climate. One of the consequences of this is increased scrutiny of the financial services supply chain, specifically around the risks emanating from work done by third-party service providers and, in particular, where there is heavy service provider concentration.

As banks and financial services firms react to these regulatory concerns, they are reexamining the role of third-party providers and paying particularly close attention to the relationships in which they have large concentrations of work with one service provider. As this pressure works through the system, we see these firms starting to take action to lessen this perceived risk by bringing work back in house, acting to stop further growth with existing providers and, in some cases, looking to introduce new competitors to reduce concentration.

The latest example of this financial services regulatory headwind occurred at Virtusa. Its chairman stated that the firm would likely have a deceleration in its Citibank account, which is based on services from Polaris, the recent Virtusa acquisition. We’ve seen similar financial services headwind impacts at Cognizant and TCS.
In the healthcare payer market, we’re are also seeing concentration risk impacts. An example is Cognizant, which built a very substantial position both in the healthcare industry and in key accounts, by rapidly growing organically and by its TriZetto acquisition. The firm is now highly concentrated with very big positions in big healthcare companies.
For competitive reasons rather than regulatory factors, big healthcare companies are starting to introduce new competition; they are reluctant to give more scope to incumbent providers and are eager to take scope away. In addition, a dominant industry position centered around these large accounts also makes Cognizant vulnerable to the healthcare industry consolidation, which has contributed to several large accounts that are being phased out.
In summary, it’s clear that these large accounts have been a key part of the profitability and growth propelling the industry forward. However, providers now face headwinds in many of these key accounts, turning these once-reliable engines from sources of momentum into areas of concern and potential drags on growth and profitability.