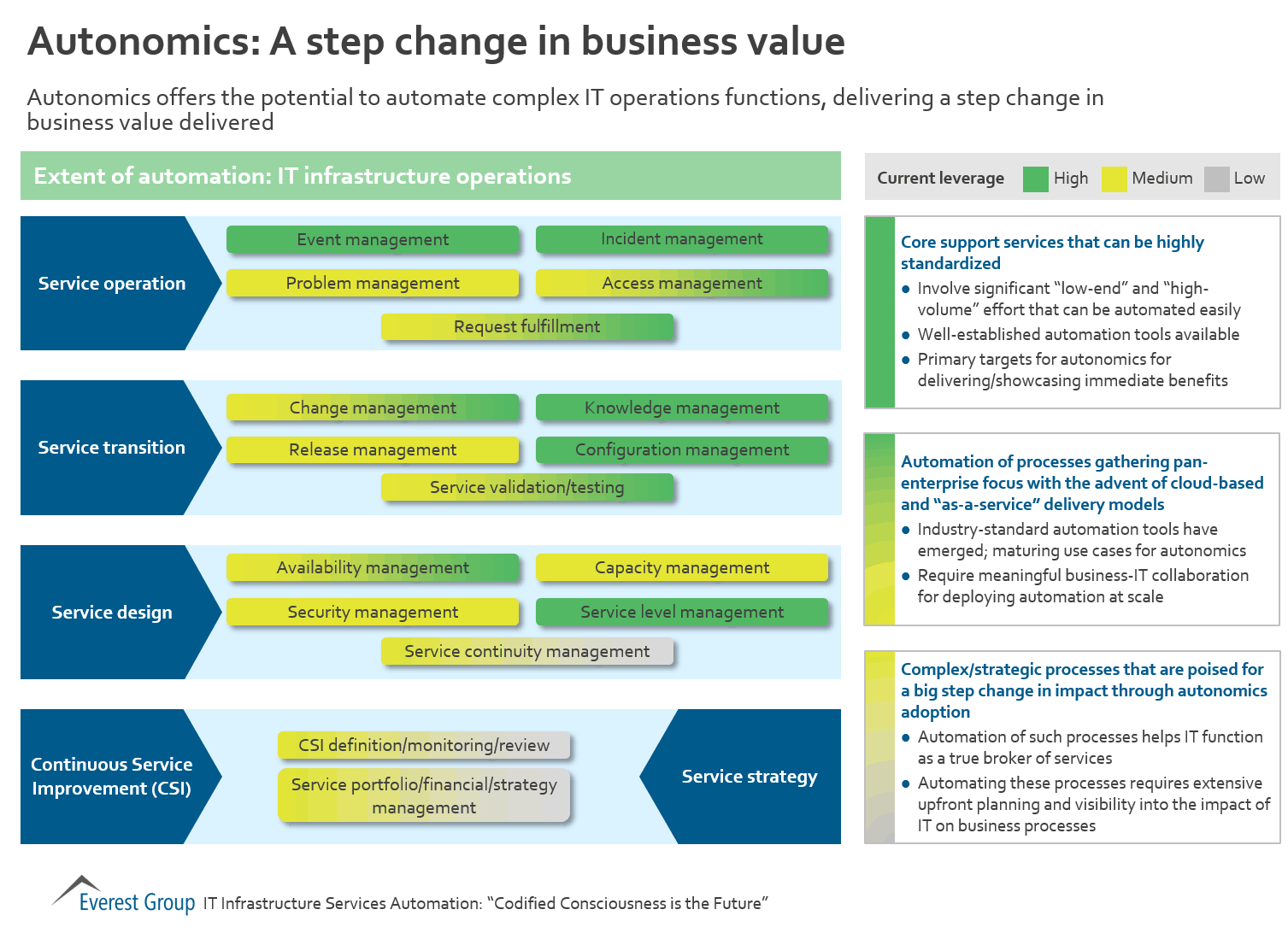 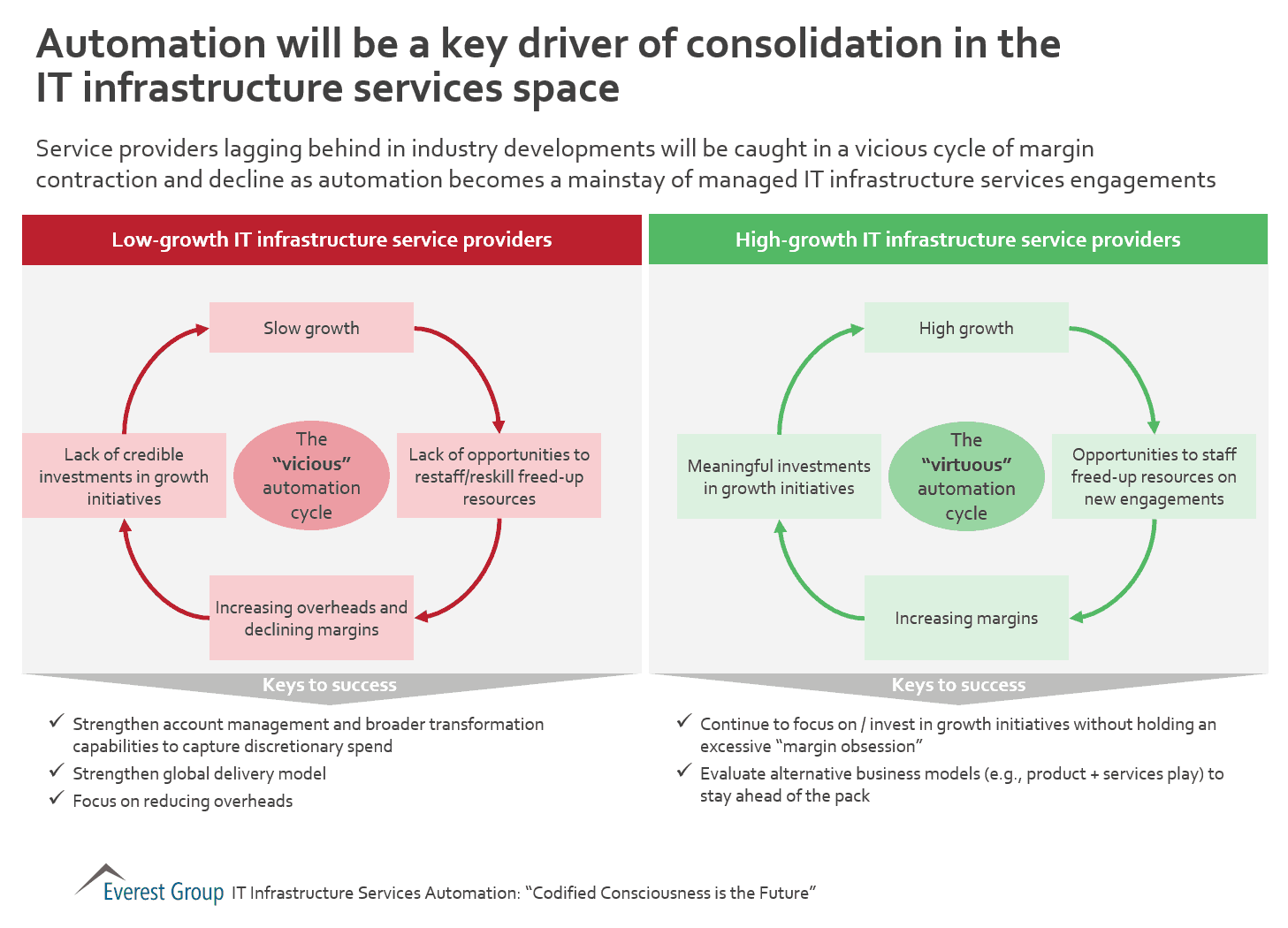 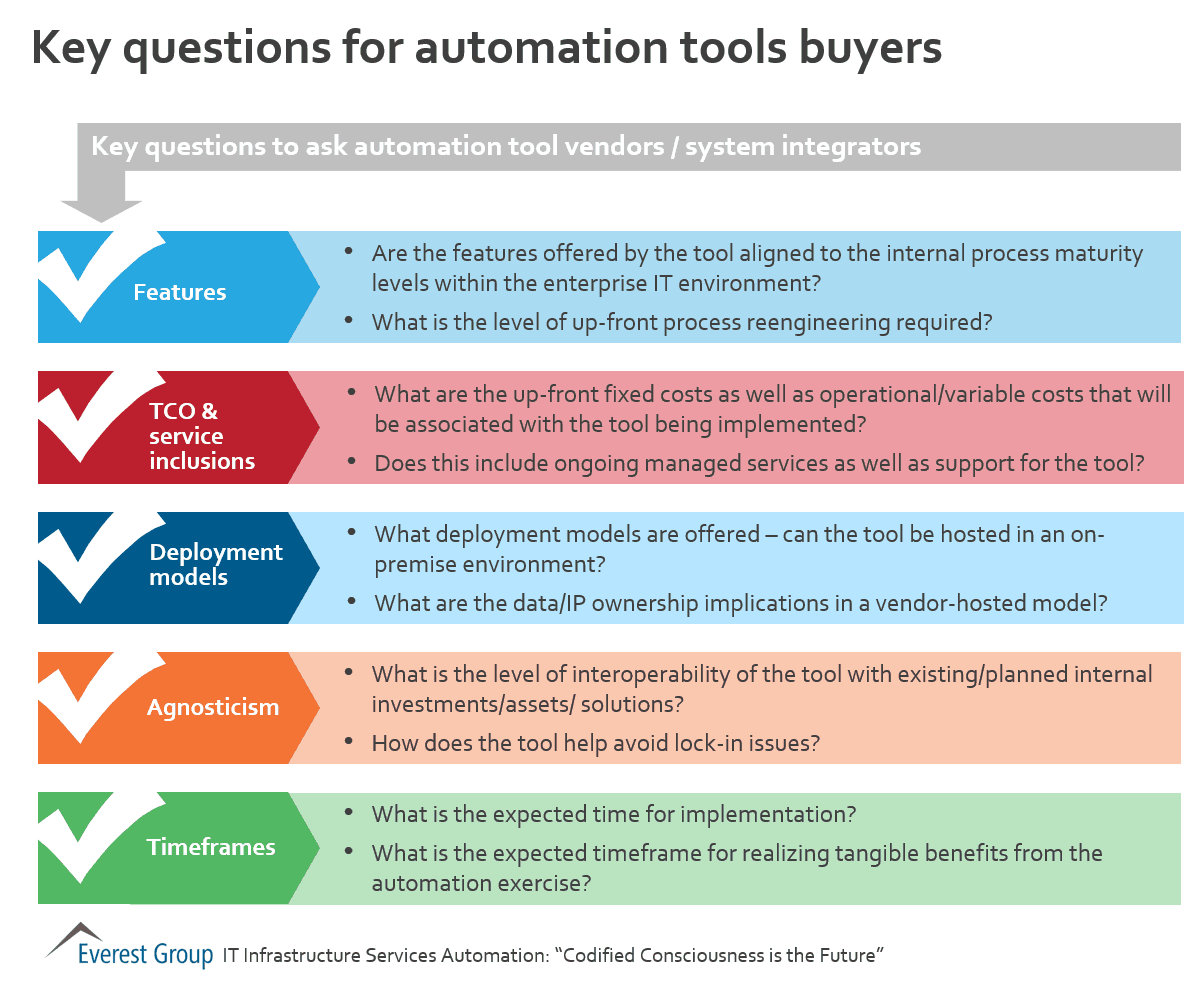 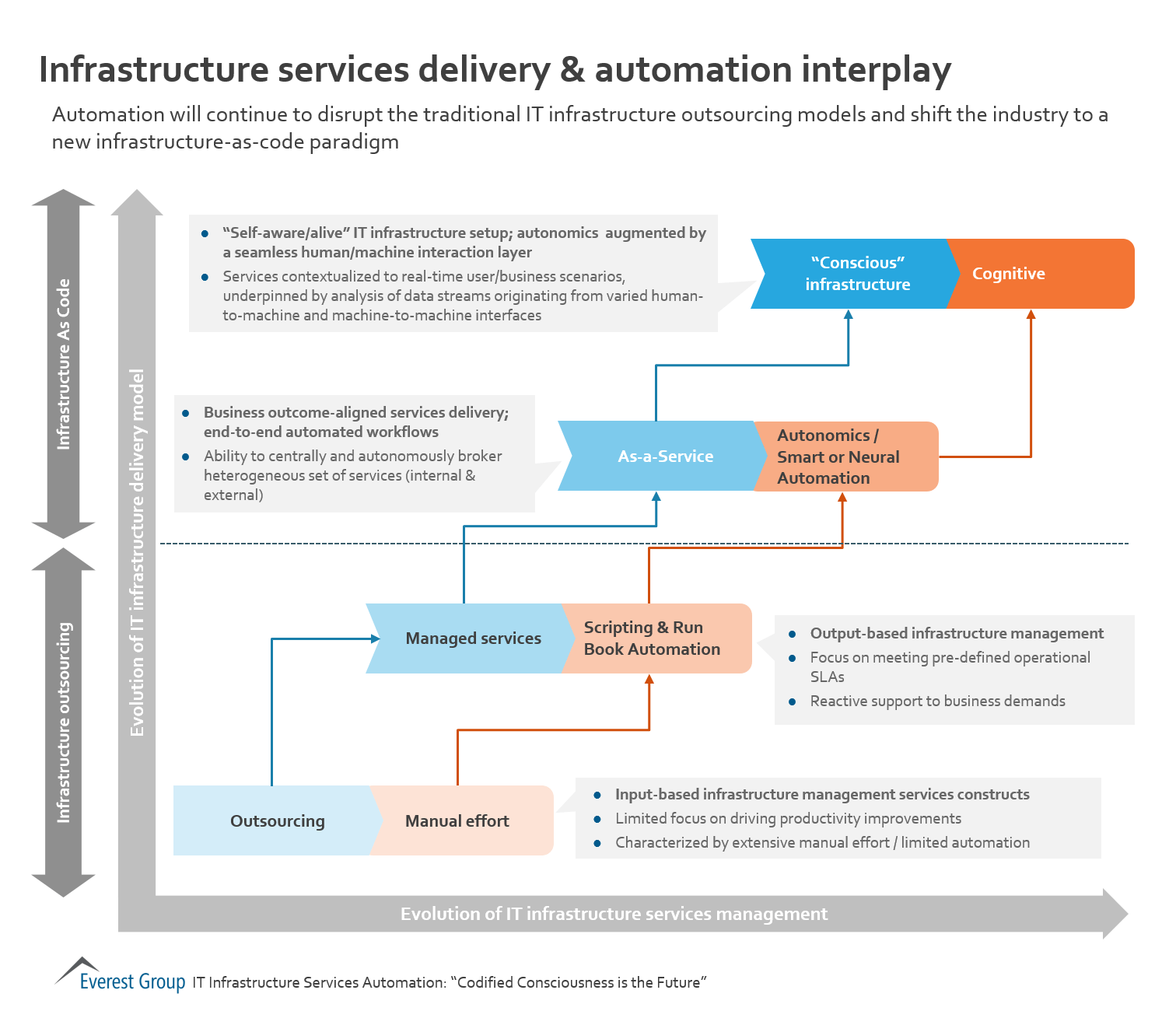 Make the Most of Your Automation Investment | Market Insights™ 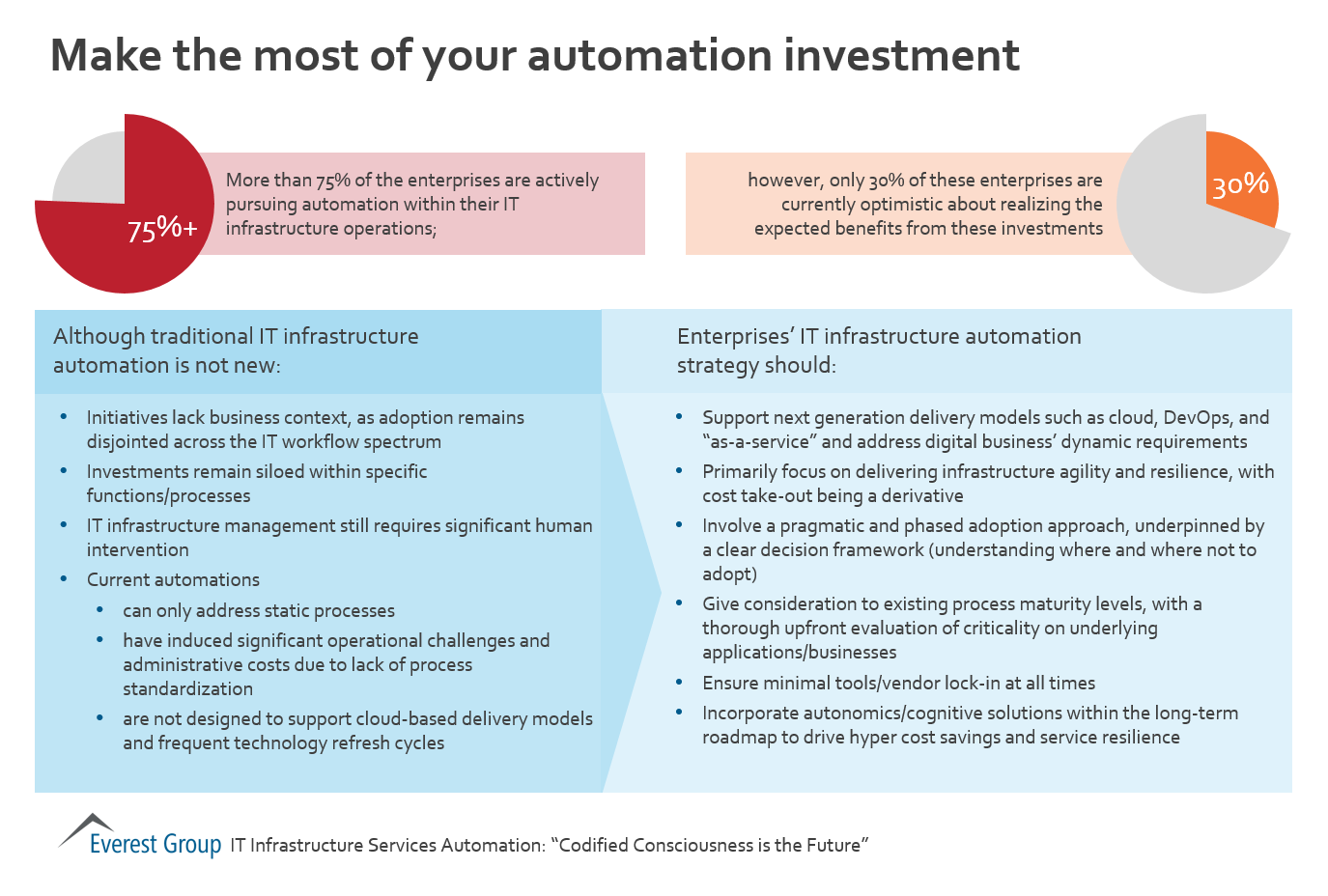 More than 75% of the enterprises are actively pursuing automation within their IT infrastructure operations;however, only 30% of these enterprises are currently optimistic about realizing the expected benefits from these investments 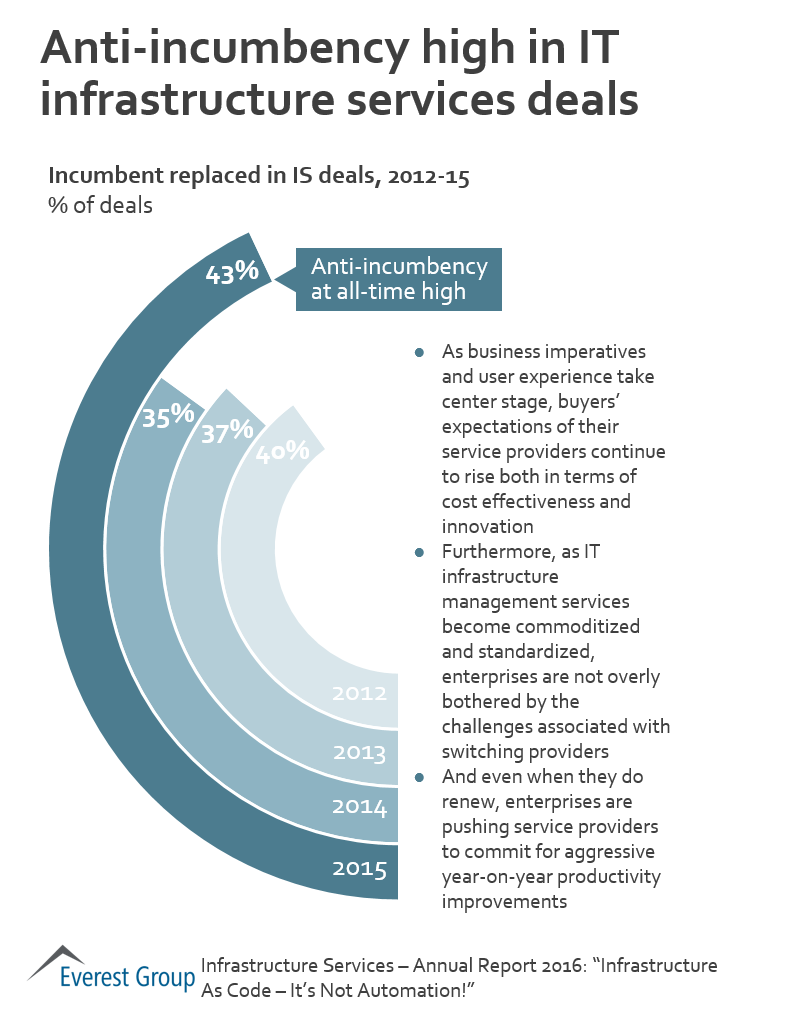 What is infrastructure as code (IAC), and why it is gaining traction 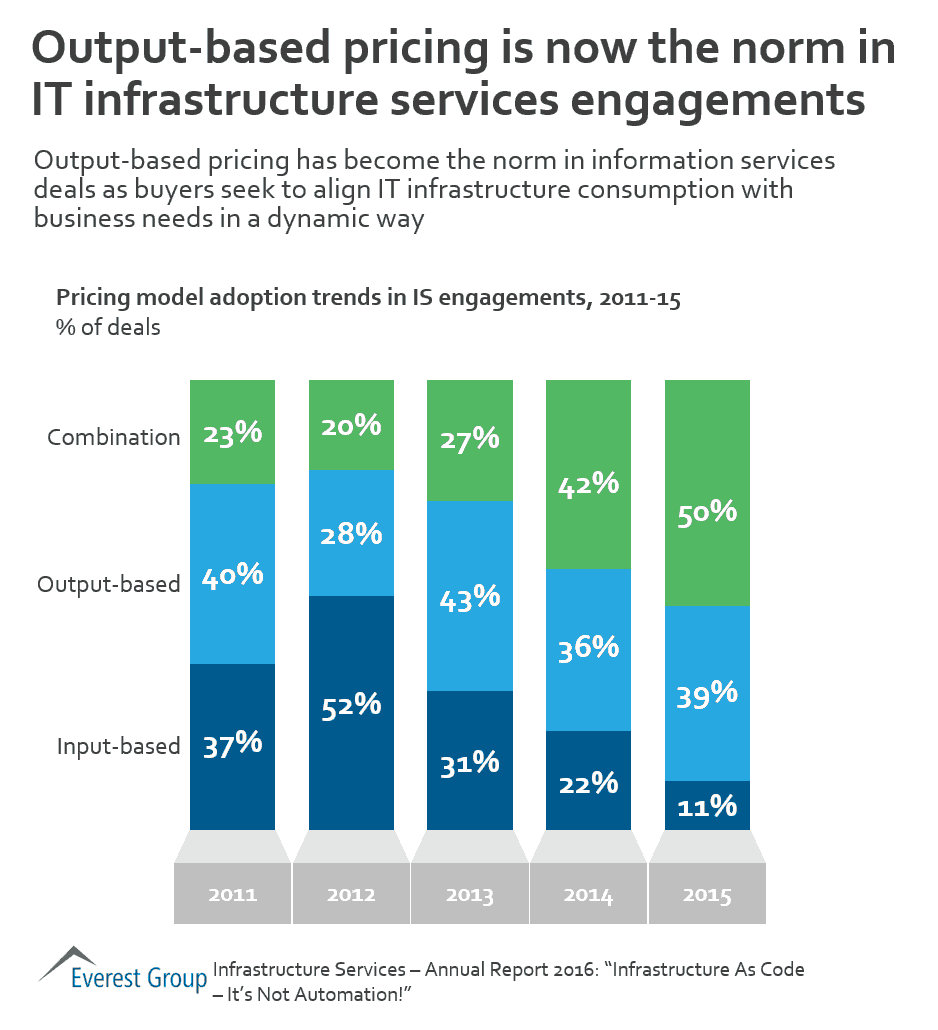 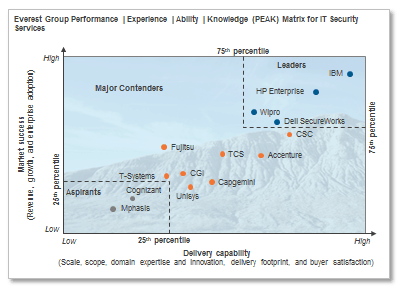 In the new world we’re moving into, where we have a high degree of automation and hyper-scale data centers, cloud, SaaS and re-usage, why do companies even have an IT infrastructure function or department? As companies integrate their software-defined ops function with their software development function, creating DevOps, they no longer need an IT infrastructure department as we know it. Even legacy applications are highly automated and moving into co-located environments. It’s easy to imagine the service providers’ lament: “OMG – no infrastructure departments!”

In Silicon Valley and in any of the born-in-the-cloud environments, there already is no infrastructure layer. We’re definitely seeing an acceleration of cloud adoption in individual companies. And the cloud’s impact is evident in the services industry in terms of the slowdown of the infrastructure services deals, providers’ struggle for share, and explosive growth among the automation and cloud providers.

Implications for enterprises and service providers

In a world where software eats everything, cloud, SaaS and DevOps are accelerating; and the implications are quite profound.

For service providers: There is a huge book of business that is now starting to run off, although the run-off is currently disguised by late outsourcing adopters. How do you replace a book of business running off? Or can you replace it? And if you replace it with hyper-scale cloud and automation tools, doesn’t that suggest that a different provider/vendor mix will likely be the new winners?

The services industry shivers as it contemplates its future.