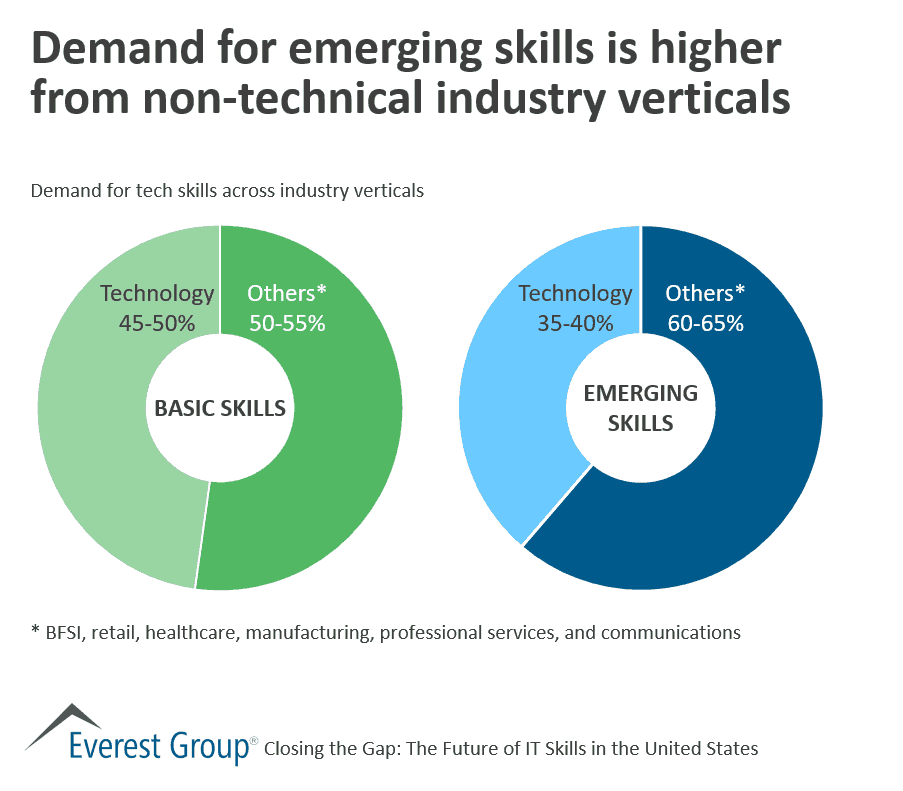 Demand for emerging skills is higher from non-technical industry verticals 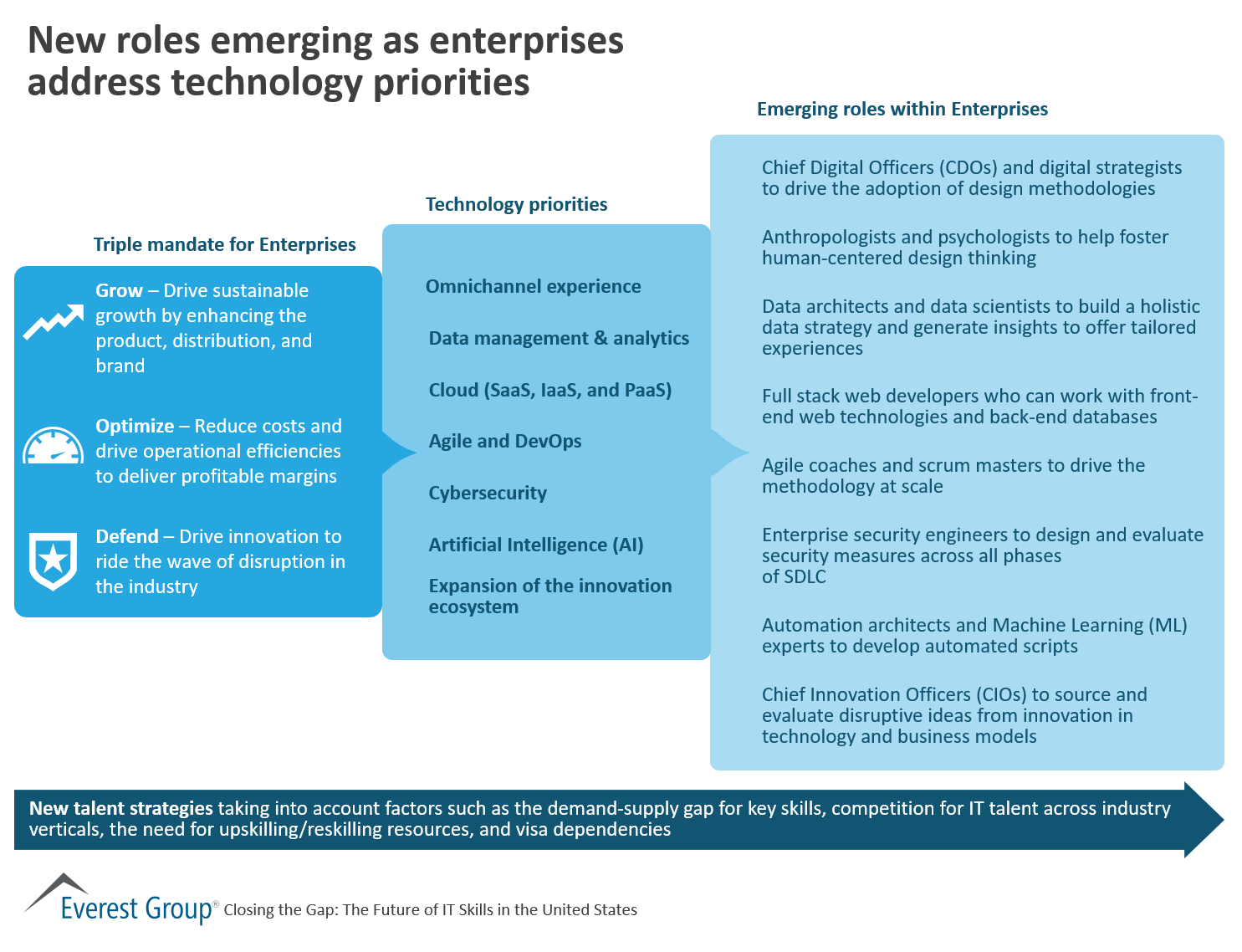 On April 18, President Trump signed an executive order for interdepartmental review of the H1-B visa program, a move largely aimed at curbing the allotment of H1-B visas to entry level IT professionals from other countries. While it took months for him to officially make a move, his protectionism agenda seems to be spreading far and wide, with several countries in the Asia Pacific region embracing similar protectionist stances to address unemployment.

Australia pulled the plug on its most popular temporary work visa, the 457 visa program. This program allowed companies based in Australia to employ foreign workers, for a period of up to four years, wherever they faced a shortage of skilled workers in the domestic market. It was largely used by global IT companies to source workforce from other countries, mainly India. The Australian government has stated that it will replace the 457 visa program with two temporary visas for skilled professionals. Certain IT skills (e.g., web developer) have been already removed from the list of ~200 occupations that qualify for these visa programs.

In a similar event, the Singapore government restricted the number of visas that can be issued to foreign IT professionals. This has impacted both new visa applicants and those seeking a renewal.

And two weeks ago, the New Zealand government announced plans to tighten access to skilled work visas in a “Kiwi-first” approach to immigration.

Policy changes that restrict movement of skilled professionals across borders can cause several operational challenges for the prevailing global delivery models of almost all major service providers. The regional delivery centers of leading global and Indian IT service providers based in these APAC countries are likely to face the biggest challenge, as the restrictions against importing talent will make them reliant on local, expensive talent. This, in turn, might negatively impact their margins.

In the short term, enterprises’ and services providers’ cost of operations might witness a spike due to limited availability of landed resources in the onshore workforce. Typically, the difference in cost between a landed and a local resource in most geographies is 10-15 percent. And, based on recently completed research, we estimate that service providers’ margins from onshore operations could drop by up to 16 percent due to the proposed changes to the H1-B visa program. This will likely require service providers to recalibrate their pricing strategy and/or revisit their onshore-offshore delivery mix.

In the long term, service providers are likely to push towards offshoring as a lever to protect their overall margin. And there might be increased instances of even complex work being delivered from offshore locations to reduce dependence on work-visas for onshore locations, in turn requiring increased training and upskilling of employees in offshore locations.

Do you have or run global services operations in APAC? Have you and your teammates formulated an immigration issue mitigation plan? Our readers would love to know how you’re addressing this challenge!