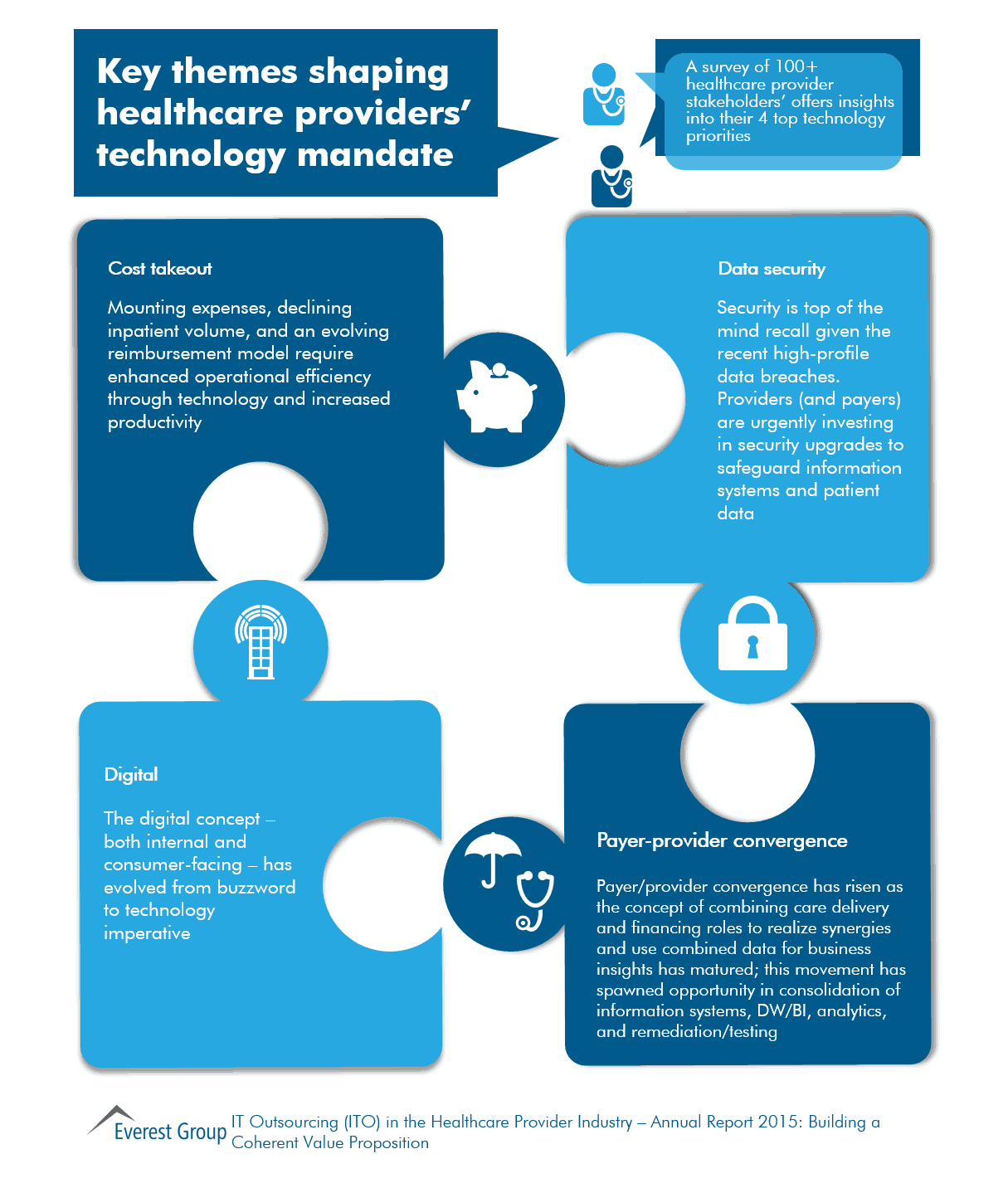 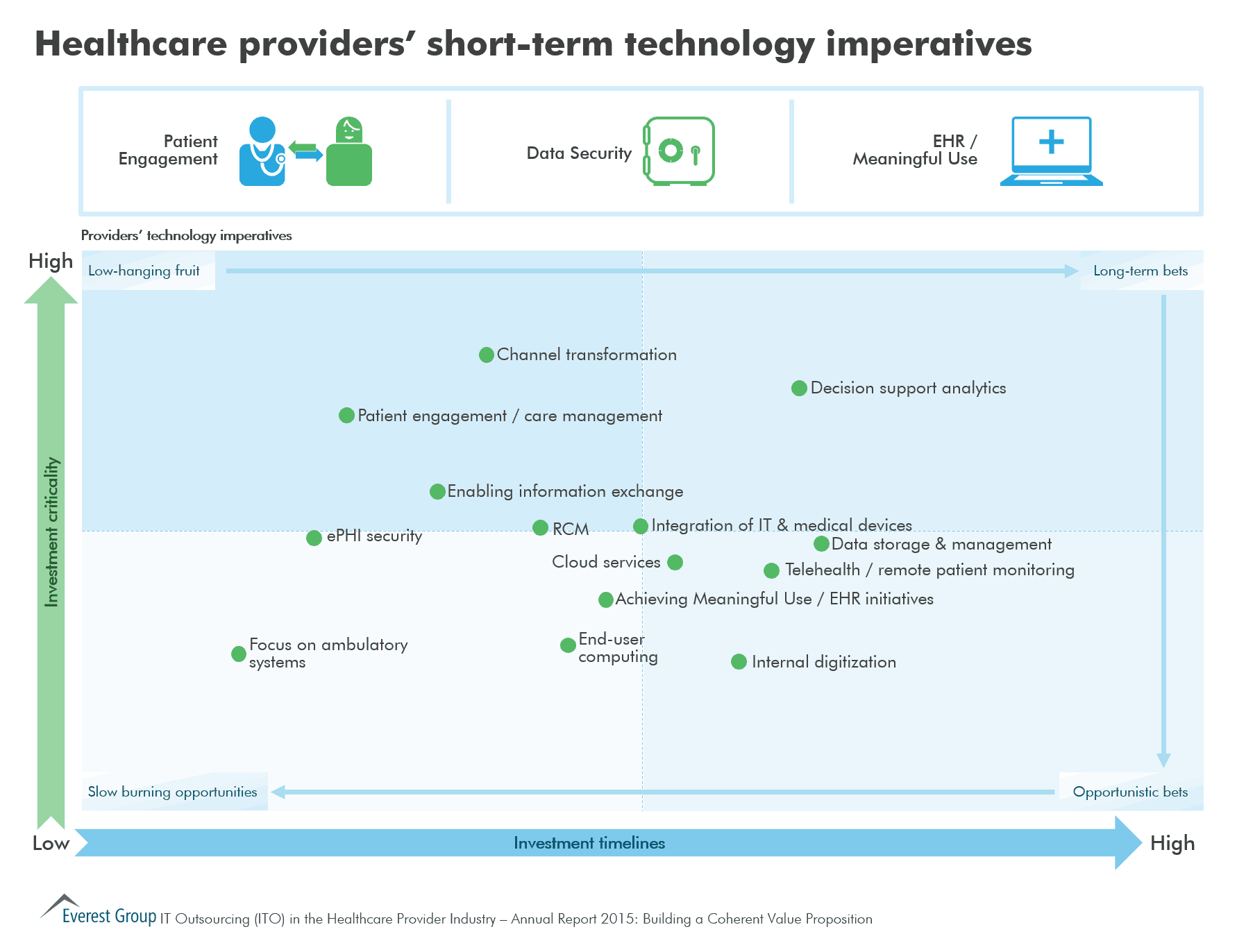 Facing the challenges of tapering margins, regulatory reforms and evolving customer-centricity, the global healthcare industry is turning to technology to trim expenses and enable innovation. Consequently, the healthcare IT outsourcing (ITO) market is expected to double by 2020, growing at an estimated 12 percent compound annual growth rate from US$34.5 billion in 2014 to US$68.3 billion over the next six years.

“In comparing IT activity between healthcare providers, payers and the life sciences subvertical, healthcare providers are expected to witness the highest growth, by percentage, as they make up for their historical lag in adoption and gear up for various mandates,” said Abhishek Singh, practice director at Everest Group. “These mandates include payer-provider convergence, patient-centric care, evolving reimbursement models, and value-chain digitization.”

These and other findings were recently published by Everest Group in IT Outsourcing (ITO) in the Healthcare Payer Industry – Annual Report 2015: Go-to-Market Strategy for Healthcare IT. This research analyzes the current trends and future outlook of large, multi-year ITO relationships in the payer market. It also provides specific insights into enabling a go-to-market strategy for healthcare IT.