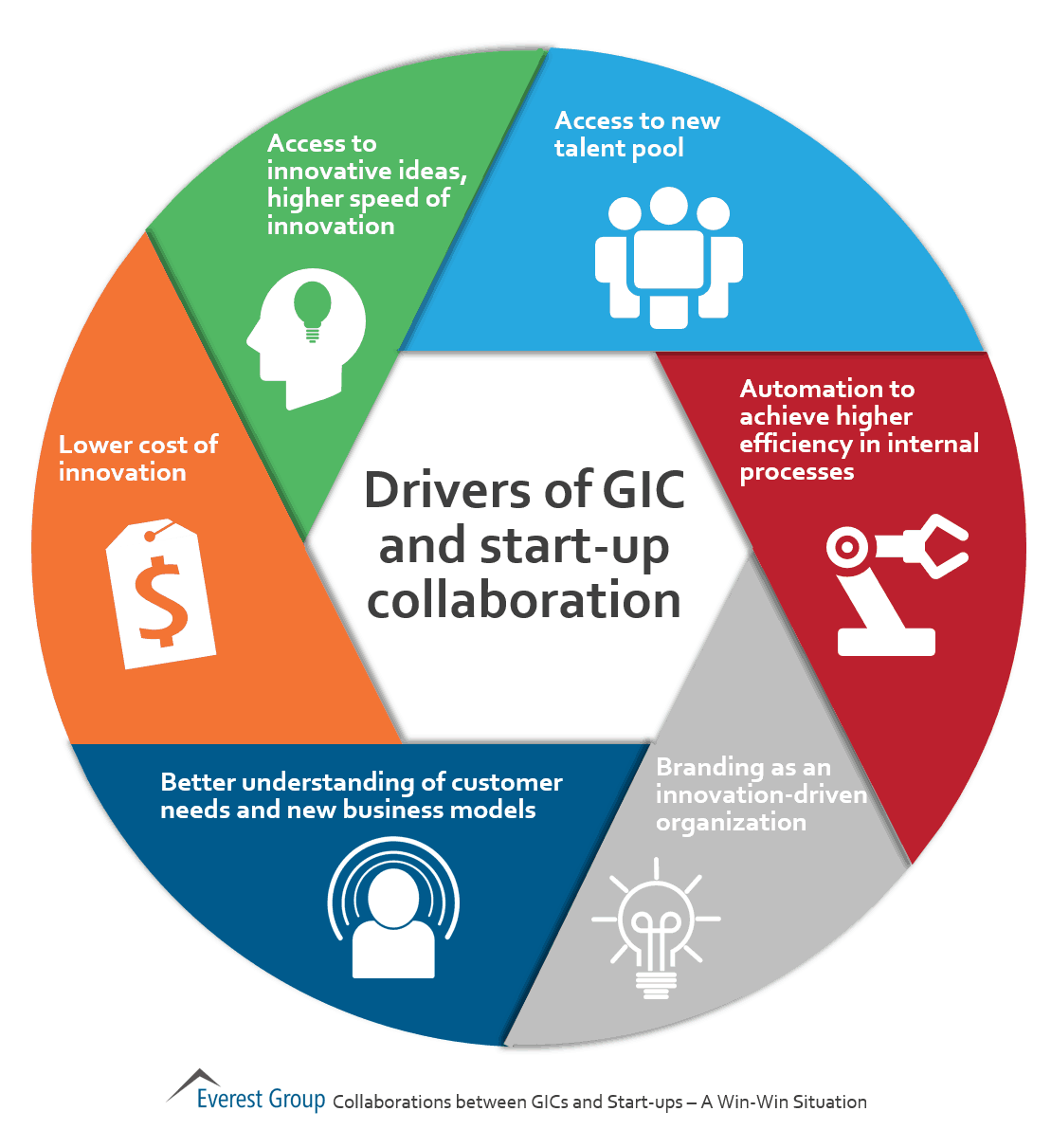 Drivers of GIC and start-up collaboration 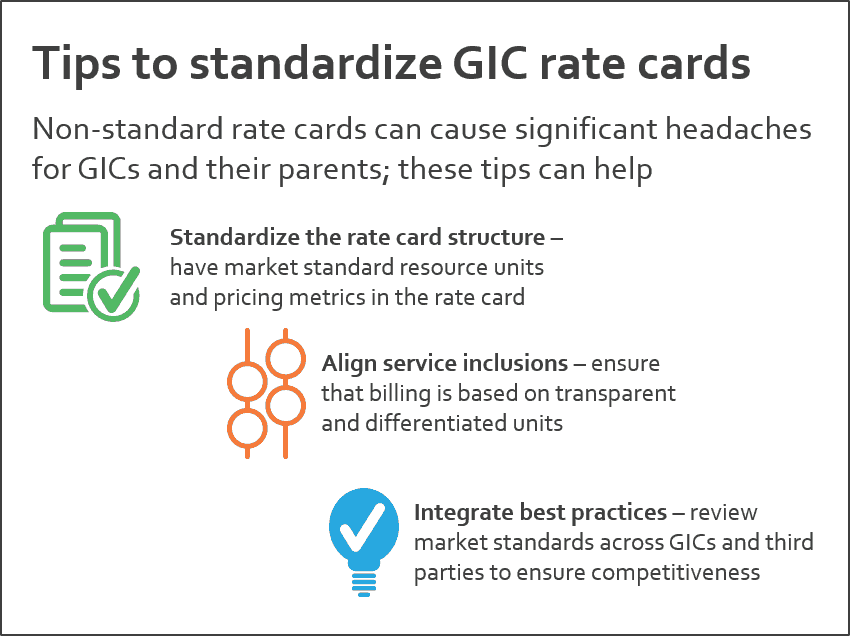 Non-standard rate cards can cause significant headaches for GICs and their parents; these tips can help

Global outsourcing demand exceeded industry expectations in Q1 2016, according to Everest Group, a consulting and research firm focused on strategic IT, business services and sourcing. Most service providers reported sequential growth in revenue, and transaction activity increased significantly, with more new deals reported in Q1 than in any of the previous eight quarters.

Growth in the IT outsourcing market was a key contributor to the outsourcing industry’s strong performance in Q1, with banking, financial services and insurance (BFSI) and manufacturing, distribution and retail (MDR) verticals leading the way. Service delivery automation, an ongoing trend among service providers, is helping replace a substantial amount of human yields, resulting in significant cost savings for enterprises.

Everest Group presented these and other highlights of the global services market in Q1 2016 in a one-hour live webinar on May 12. The webinar, “Key Insight on Digital Service Delivery ‘Talent Hotspots’ PLUS Market Vista™ Q1 2016 Update,” featured Everest Group experts offering insights on the delivery locations that are positioned to become the “talent hotspots” for the delivery of digital services.

“Service delivery automation continues to shape the industry, and we are beginning to see a clear demarcation of leading providers who have witnessed significantly greater impact on the revenue, cost and productivity,” said Salil Dani, vice president at Everest Group. “Best-in-class providers are reporting some remarkable milestones, such as a 24 percent reduction in net headcount addition, cost savings between US$100 to $300 million annually, and up to 50 percent improvement in productivity due to automation.” 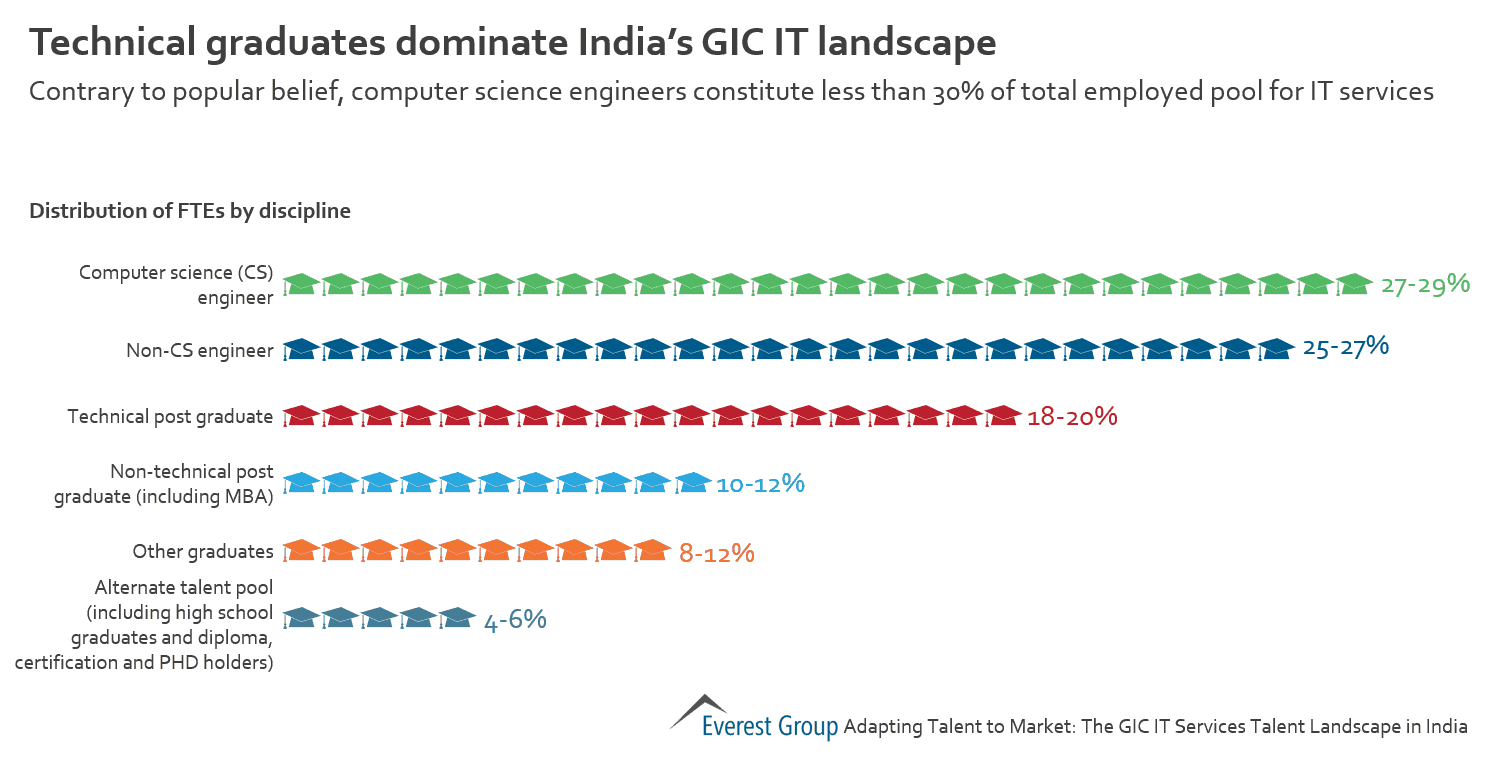 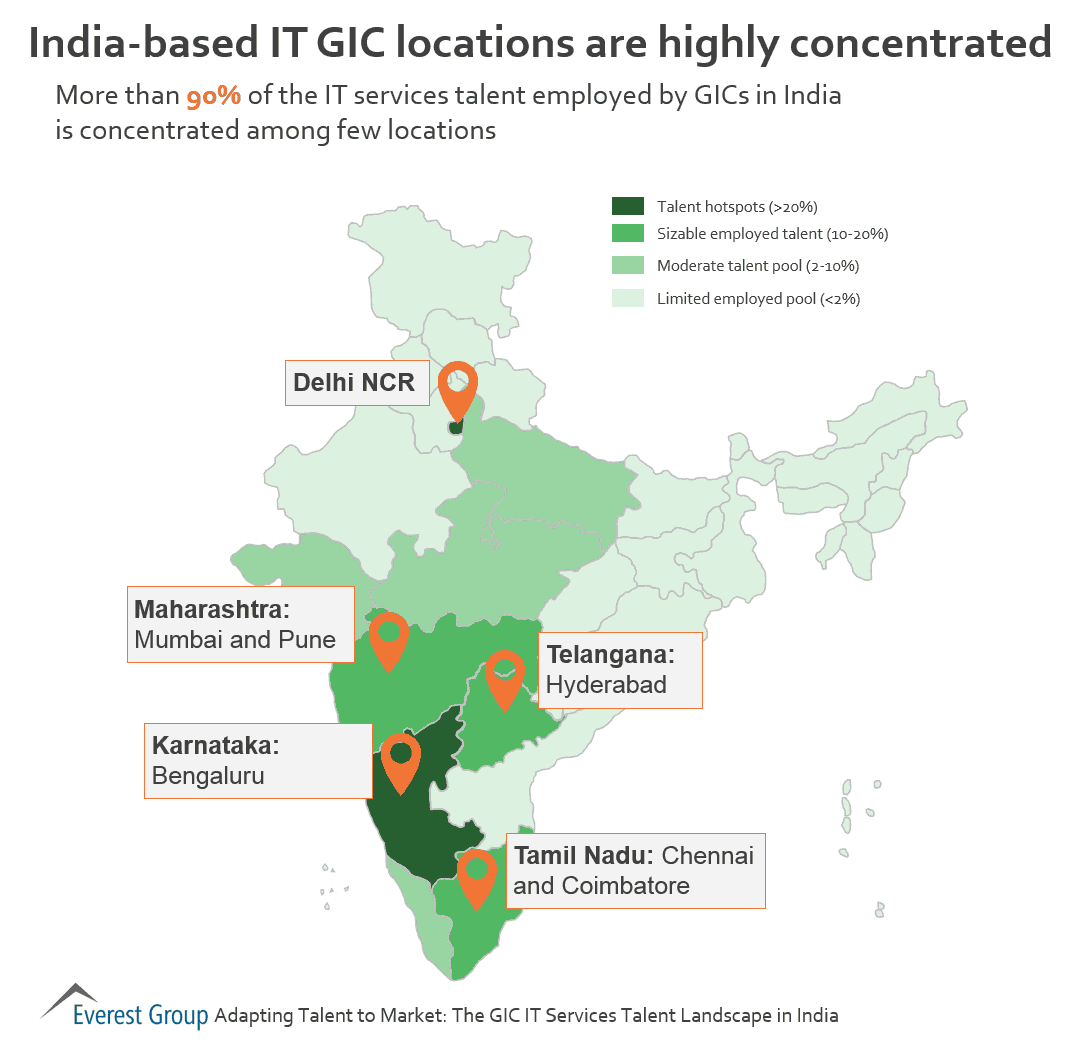 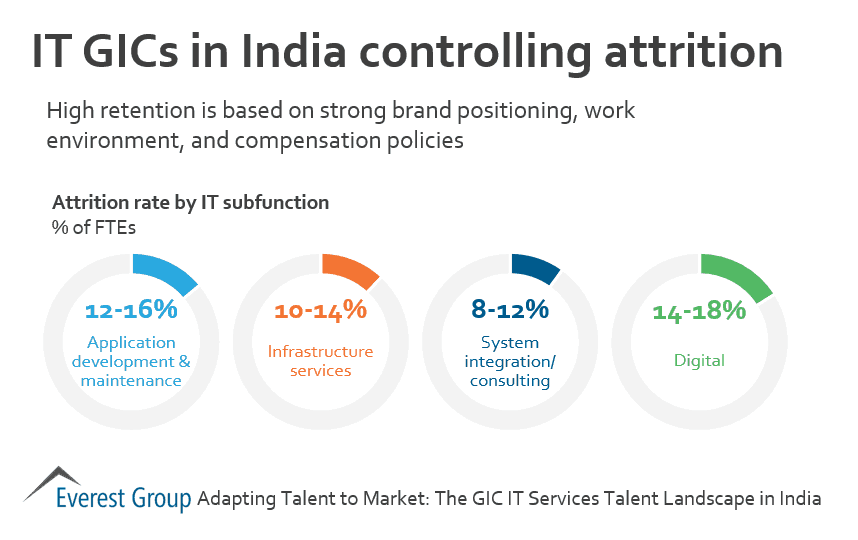 High retention is based on strong brand positioning, work environment, and compensation policies 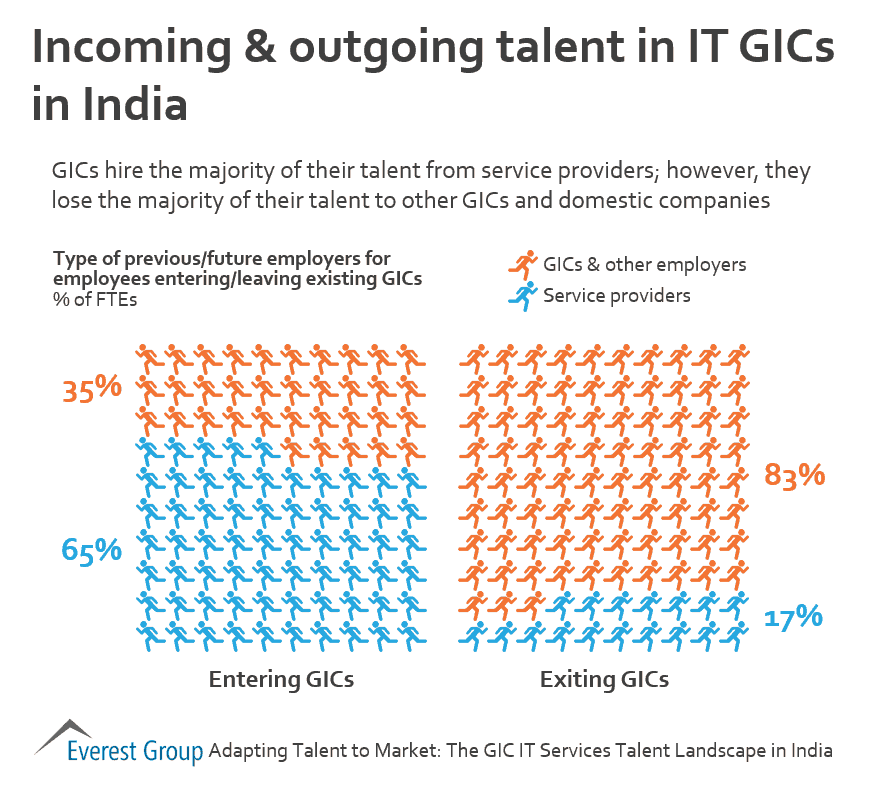 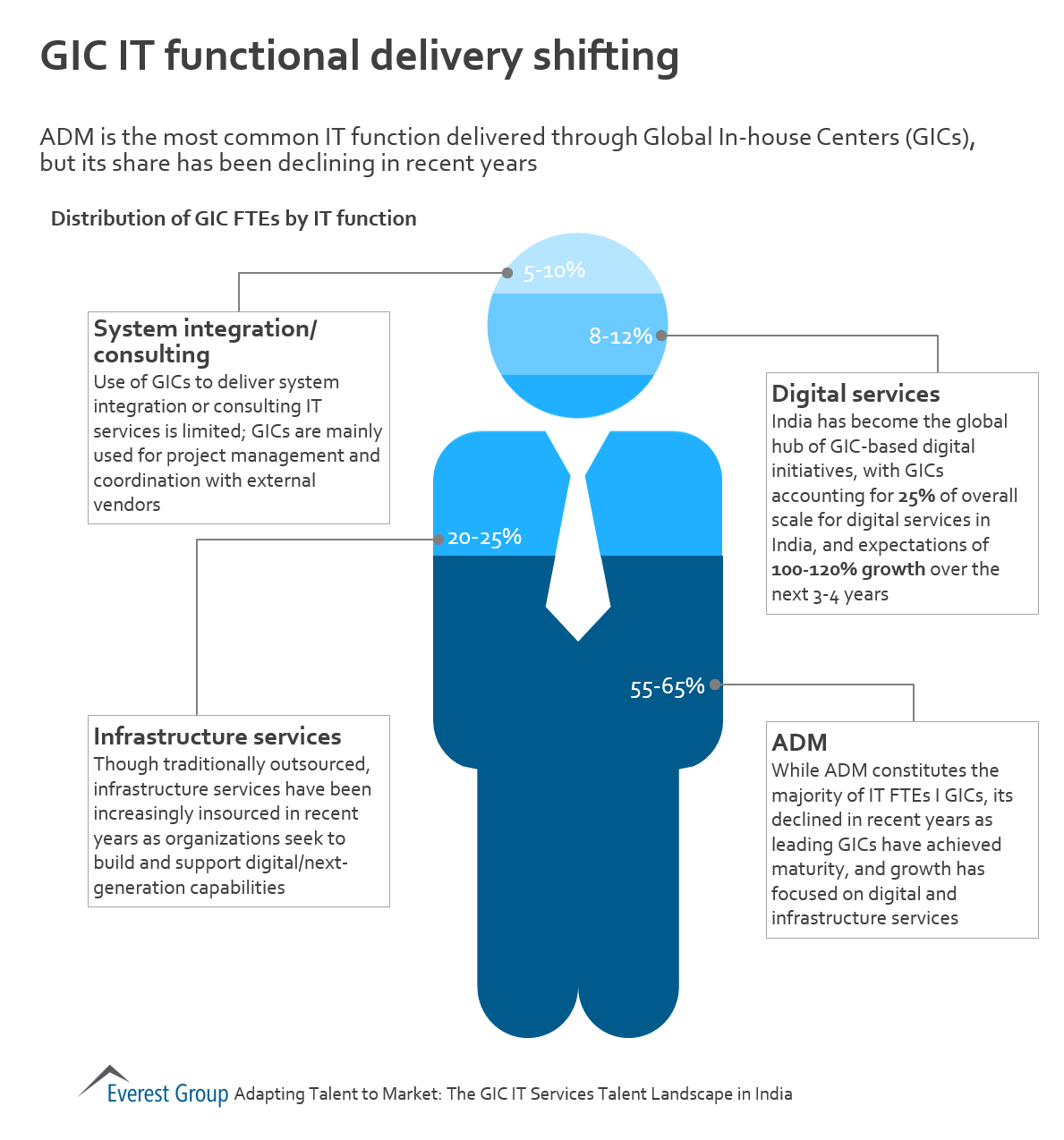 The global sourcing market continued to evolve and grow rapidly in 2015 to cross the US$160 billion mark. While buyers leveraged a variety of sourcing models, the Global In-house Center (GIC), also known as captive center, model continued to be an integral component of this evolution, accounting for 25 percent (US$38-42 billion) of the global offshore services market.

The success of the GIC model in India and the Philippines led buyers to explore its application in other locations. While both these countries continue to lead GIC activity, companies also established GICs in other parts of Asia, Central & Eastern Europe (CEE), Latin America, and Middle East & Africa (MEA). The CEE region, in particular, is becoming a preferred delivery location for GICs as it offers an attractive cost-talent-operating environment proposition.

Besides the geographic diversification, the GIC market also expanded across verticals and functions. The manufacturing, distribution and retail (MDR) vertical continued to dominate, logging maximum growth and the most new setups in comparison to other verticals. Business process services continued to be the predominant function served by GICs; however, IT and R&D/engineering services witnessed traction due to growing importance of digitalization.

“We expect GIC activity to continue on its growth trajectory, because GICs are no longer seen as only a support unit or cost-saving mechanism for their parent entities,” said Sakshi Garg, practice director at Everest Group. “GICs are being considered a strategic unit for driving innovation. To that end, we increasingly see GICs expanding their ecosystem of partners to include start-ups. The retail and technology verticals are leading this trend, leveraging start-ups in areas such as mobility solutions, business intelligence, cyber security, process automation, and customer experience. ”

Other findings in the research: