Labor arbitrage and shared services companies have had a perfect marriage over the last 20 years. Then along came the Digital Revolution with new business models and a new construct for services. One component of the digital model construct is DevOps. It makes a significant impact on business services, but it’s important to understand how it changes the picture for labor arbitrage and shared services.

Shared service companies are structured on a functional basis. One way to think about them is they are a stack of functional expertise. In the case of IT, the stack includes such functions as infrastructure, security, application development and maintenance, and compliance. There is a multiple stack hierarchy, with each functional layer having shared service champions responsible for delivering that function cost-effectively at a high level of quality. Labor arbitrage fits perfectly into this equation in that each functional layer uses people, and the work can often be done more cost-effectively offshore than onshore.

Read more at my CIO blog

Proven actions that enable more effective communication across lines of business, departments and other silo boundaries.

In today’s fast-moving digital world, creating relationships that enable and sustain collaboration to solve problems or create new value is a key to success. And as I’ve blogged before, CIOs need to create relationships between their IT teams and the business stakeholders to achieve more effective communication. Not an easy objective, considering how siloed most organizations are these days. I want to share with you some of the successful strategies deployed at Jacobs Engineering to build such relationships.

I learned of these strategies in one of my conversations with Cora Carmody, who served as CIO of global technology companies including Jacobs Engineering Group and SAIC for the past 19 years. Jacobs Engineering provides technical, professional and construction services to industrial, commercial and government clients. 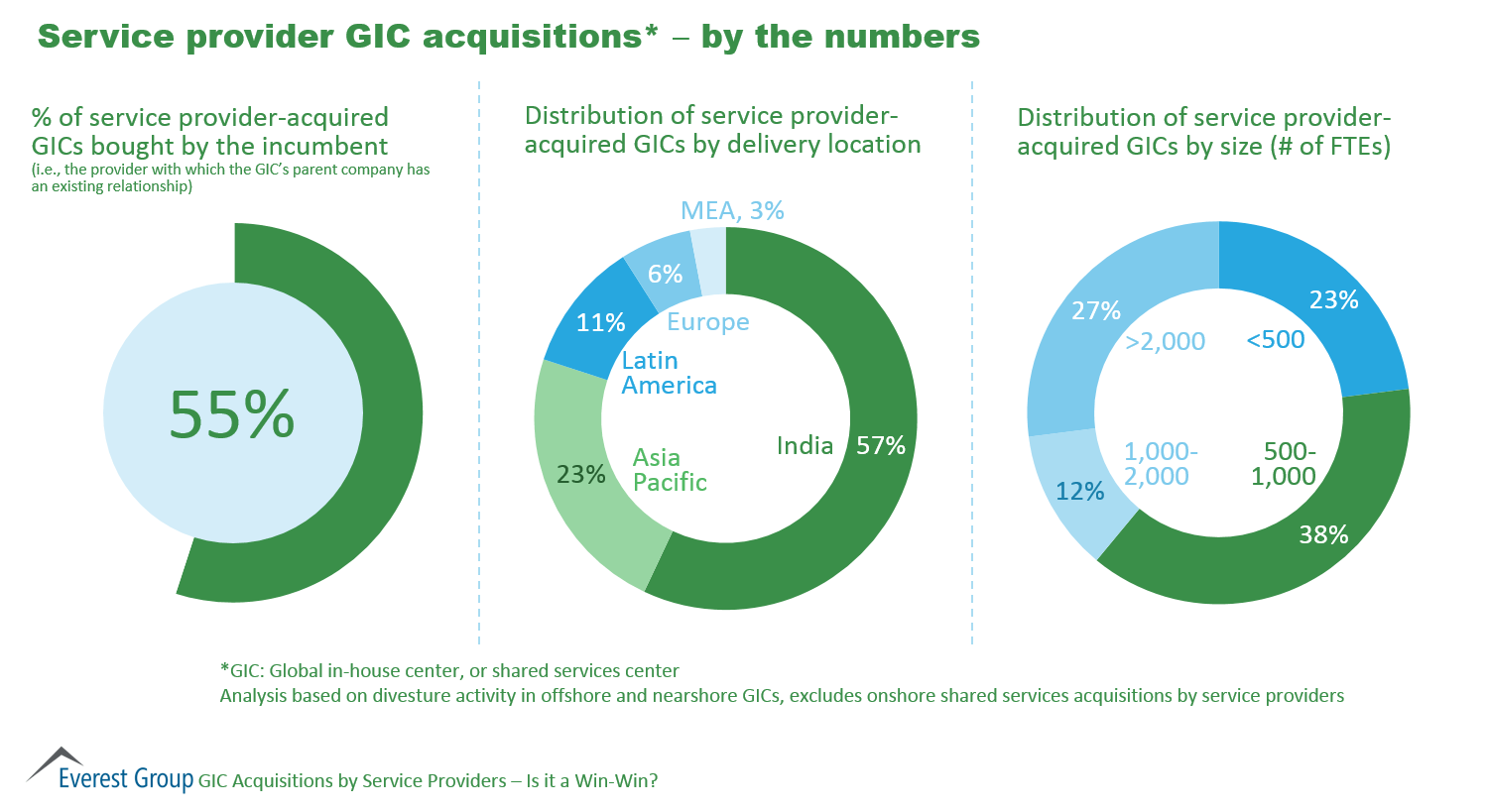 Everest Group had the opportunity to attend IBM’s APAC analyst day in India on 11-12 June 2015. Business and technology leaders from IBM presented their offering portfolio, demos, and real life transformative case studies with active participation from their clients. One thing that stood out was how Big Blue is communicating not only its technology vision, offerings, and organizational commitment toward open technologies, but also its internal transformation to serve clients and reclaim its technology leadership position. It realizes that the “old IBM” ways will no longer work, and it needs to become more nimble and innovative, and play an important part in shaping the technology disruption the digital age has brought onto us.

Earlier this year, IBM aligned its go-to-market strategy around key industry verticals. It also created internal structures to make myriad of its offerings, technology groups, services business, sales and marketing, and its research lab work in sync. It believes this will help create solutions that are required to leverage digital technologies, and thereby not only redefine itself, but also create a new ecosystem of product and service providers around it.

However, since then, IBM became a nuts and bolts company providing middleware, desktops, and back-end efficiency solutions focused on enterprise computing. While it did introduce incremental innovation and acquire many technology companies, it did not play a meaningful role in shaping the industry vision. It continued to invest in its research labs, and its products were always considered leaders in enterprise computing. But it hasn’t been a leader in true enterprise technology transformations such as the rise of ERP, virtualization, SaaS, or IaaS.

This has changed. The analyst meeting demonstrated that digital has become the new pivot around which IBM will take back its earlier pedestal position of being the company that forms, shapes, and guides the technology industry. This story was ably supported by multiple client interactions during the event. Clients say that this is not the IBM they had earlier worked with, or had expected to work with.

IBM’s much publicized partnerships with digital native firms like Facebook and Twitter, and leading user experience and design companies such as Apple, are an important but small part of its digital journey. The bigger part is moving away from its traditional way of working, and realizing that it must play a key role in the digital everywhere environment. Its increased focus and core commitment toward open technologies is highly apparent. And it has always had the technology, scale, and reach to transform businesses. Now, the muscle it’s putting behind Softlayer and BlueMix, its mobility play, and its investments in analytics, the Internet of Things (IoT), and Watson have the potential to transform not only its clients but itself as well.

Is there any challenge?

With its go-to-market alignment with industry verticals, IBM can bring effective solutions to clients looking to transform their businesses. However, disruption in most industries is happening from the outside, (e.g., Uber to the taxi industry, Airbnb to hospitality, Apple Pay to banks, and Google cars to automotive), rather than within. Therefore, a rigid structure around industries may not work well. IBM will need to ensure that its technology, industry verticals, and innovation groups talk to each other, an area where it has historically struggled.

Moreover, monetization of some of these innovations will be a long, drawn out process. IBM has had significant growth challenges, and has shed many of its businesses. For its growth and profitability to return –which should be the big drivers along with reclaiming its innovator status – IBM has to do a lot more. It has historically been viewed as a company that helps clients’ operations run more efficiently; it now needs to carefully position and communicate its willingness and ability to partner in clients’ growth.

Where does IBM go from here?

In addition to the digital technologies IBM possesses, other of its strong strategic initiatives include: internal transformation around reskilling the workforce toward innovation and design thinking; commitment to open technologies; collaborative alignment between its services business and its technology groups; renewed commitment toward client centricity; improved sales effectiveness; and focus on solving core industry problems.

IBM’s changes have been pushed right from the CEO’s office, and IBM executives believe results will be visible in the next 6 to 12 months. IBM needs to play a dual role in which it helps some clients disrupt their industries and business models, and assists others sail through the digital disruption. It again needs to become a technology innovator. While it’s a difficult task, we believe it has the needed technology, vision, and now internal alignment to achieve these objectives.

Everest Group, in collaboration with the Shared Services and Outsourcing Network (SSON) and NASSCOM, recently conducted a survey on hybrid sourcing adoption trends in offshore GICs. Eighty percent of the respondent GICs have adopted hybrid sourcing, leveraging service providers predominantly to manage volume fluctuations, lower costs, and access best practices. As the graphic below shows, most (80%) responded that hybrid sourcing is meeting or exceeding their expectations.

Everest Group has recently released a report on adoption of hybrid sourcing that provides a detailed landscape of current adoption and future trends for this model. For more information, please download a preview of the report, “Adoption of Hybrid Sourcing in GICs – Driving Impact through GIC-Service Provider Collaboration.”

Better Together | Sherpas in Blue Shirts

At Everest Group we’ve noticed a growing trend in our client base. As I’ve blogged before, business stakeholders have become increasingly independent and make independent decisions. Mostly they have adopted point solutions, standing up functionalities and making decisions to use SaaS products and developing their own skunk works, agile teams to develop fast functionality. The implications for the services industry are interesting.

We’re now seeing that, as these point solutions embed themselves, they flourish and become more ubiquitous. They then need to stretch and integrate into legacy systems as well as affect multiple stakeholder groups.

At the same time, we see the CIOs upping their game. They no longer resist these new technologies and are willing to embrace them.

Here’s the growing trend: increasingly organizations make decisions in a collaborative group with business stakeholders and CIO groups working together to initiate, plan and execute these activities.

Using a skiing analogy, as point solutions grow beyond the capability of business stakeholders to appropriately manage, they get in over their skis, which opens the door for partnering with IT. We see IT eager to take advantage of this opening and forging effective partnerships going forward.

This is an encouraging trend, but it presents a more complicated selling picture for service providers. They can be easily confused as to buyers’ decision-making rights, which necessitates reaching out to each stakeholder to make sure they leave no one out. That’s the downside – increased selling costs and complexity.

But there’s also an upside: as these collaborative partnering opportunities grow, we observe they are well worth a provider’s sales effort.

Enterprise Mobile Apps – Are We Done? | Sherpas in Blue Shirts

The state of today’s enterprise mobile apps industry is akin to the dark side of a jungle: a dense forest and tangled vegetation, inhabited by hundreds of largely unfamiliar animals and plants that rely on its delicate ecosystem to survive, perhaps to thrive. This is creating frustration among stakeholders including the CIO, CFO, CMO, and CEO, who believe they might have over-invested in mobility initiatives.

However, this is far from the truth. Mobile apps have a long way to go in enterprise. Yet, to avoid the earlier pitfalls, enterprises and technology providers need to be fully aware of the following dangers in the mobile apps jungle:

So what can enterprises do to quash the mobile apps jungle’s beastly flora and fauna?

If you are undertaking an enterprise mobile application initiative and want to share your experiences and perspectives, please comment below or reach out to me directly at [email protected].

The comic strip to a large extent reflects the current thinking on what “Collaboration” really means. There is a tendency to confuse collaboration with normal, day-to-day liaisoning for the purposes of service delivery. We define collaboration as a “way of working together through the formal/informal means to achieve common goals, often beyond ongoing service delivery mandates.” There is a higher emphasis on achieving goals beyond the “normal call of duty.”

Now that we have defined collaboration, let us look at the various entities in the ecosystem with which Global In-house Centers, or GICs, (formerly called Captives) are collaborating today. The GIC ecosystem comprises of parent stakeholders, vendors to the parent, other GICs within the same organization and GICs outside of the organization. We will focus this blog on demystifying  some common myths regarding collaboration between GICs and these entities.

While GIC-parent collaboration is and will continue to remain top priority for GICs, collaboration with the broader ecosystem is becoming increasingly important. Collaboration with other entities, such as vendors, other GICs (within the company) can also drive meaningful organization-wide impact. Best practices, ideas and knowledge (residing within GICs or other ecosystem entities) can be shared and collectively used to create value for parent. GICs must leverage their vantage positions as extensions of the parent to drive ecosystem-wide collaboration agendas.

Myth #2: Collaboration with other ecosystem entities will lead to loss of competitive advantage

Myth #3: Collaboration can be enabled primarily through formal mandates from the parent and GICs can do little to drive it on their own

While formal mandates can help initiate collaboration, it is just a “starter.” GICs need to adopt a more proactive approach towards collaboration to reap full benefits. Mature GICs are using informal modes of collaboration with great efficacy to meet their organizations objectives. Instead of waiting for the mandate, GICs need to emerge as collaboration “champions.” The collaboration journey of GICs can be classified into three stages:

Download the complimentary report, Driving Impact through Collaboration: Collaboration in the GIC-Parent, GIC-Vendor, and GIC-GIC Ecosystem.