The global Recruitment Process Outsourcing (RPO) market continued to remain one of the fastest growing single-process HRO markets. Buoyed by a resurgence of growth in the North American market, RPO posted a strong growth rate of 17 percent in 2015 over 2014 and touched the US$2.4 billion mark. A majority of the global growth is attributed to new deal activity, which grew at a rate of more than 18 percent year on year.

From a regional perspective, the United States, United Kingdom and Australia are the relatively more mature and bigger RPO markets, and they account for a large chunk of the global deal activity. Nonetheless, many countries in different regions across the world are emerging as strong RPO markets on their own, particularly in Latin America, Continental Europe and Asia Pacific.

“Across the globe, the key challenge in today’s recruitment landscape is the need to find and engage the required talent, especially for high-skilled roles, and buyers are expecting greater proactiveness and innovation from service providers in that regard,” said Arkadev Basak, practice director, Business Process Services, at Everest Group. “Providers are responding to this opportunity by developing niche areas of expertise, adding talent advisory capabilities, and improving their internal efficiencies, by leveraging technology, providing targeted training, and addressing division of labor fundamentals.”

Over 40 percent of RPO deals are bundled with a technology capability. In particular, many service providers are making dedicated investments in developing bundled RPO offerings that include advanced analytic services.

“Service providers are using technology as a productivity lever as well,” adds Ranjan. “For example, we are beginning to see providers adopting Robotic Process Automation to improve efficiency and save on costs, and we expect RPA adoption to rise rapidly in the future.”

These and other research findings are explored in a recently published Everest Group report: Recruitment Process Outsourcing (RPO) Annual Report 2016 – Opportunities Abound in a Buoyant Market.

Other key findings in the report:

The RPO market continues to remain intensely competitive and fragmented. Providers from all backgrounds (including staffing, broader BPO, and pure-play RPO) have tasted success in this fast-growing market 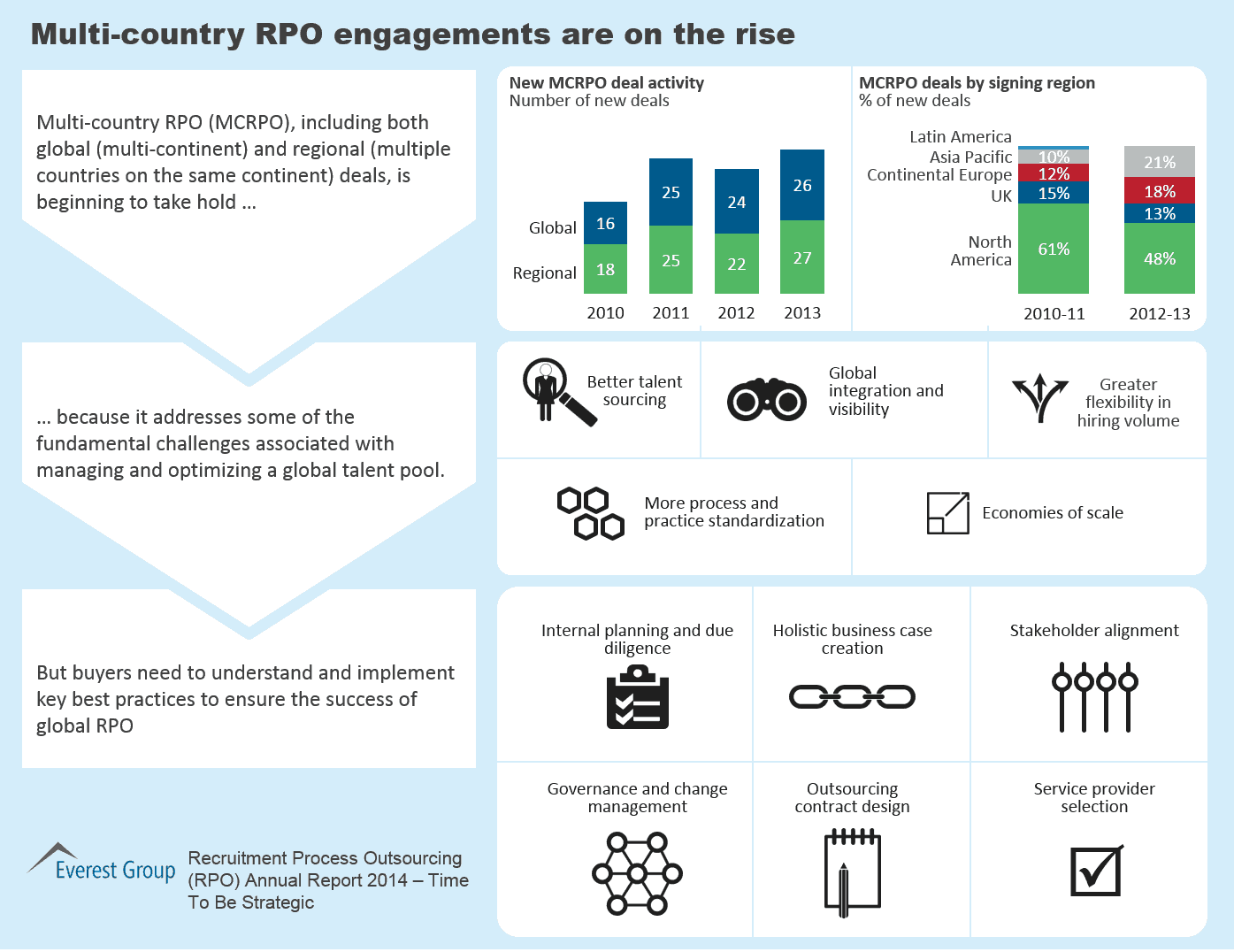 Multi-country RPO (MCRPO), including both global (multi-continent) and regional (multiple countries on the same continent) deals, is beginning to take hold because it addresses some of the fundamental challenges associated with managing and optimizing a global talent pool. But buyers need to understand and implement key best practices to ensure the success of global RPO. 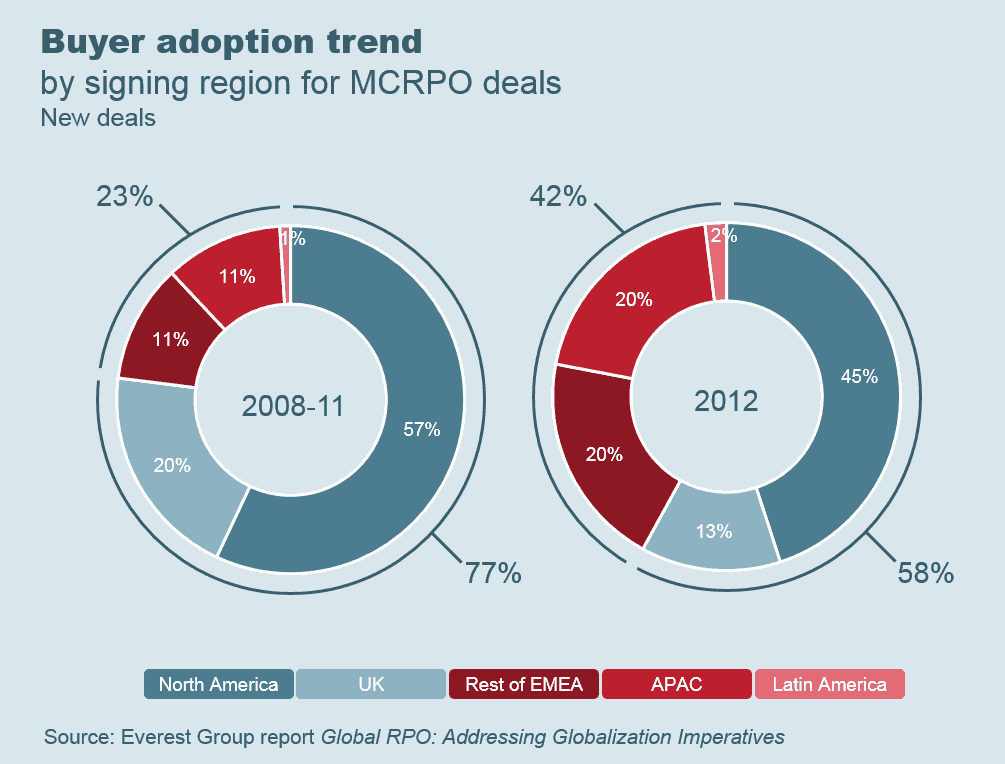 MNCs across geographies have increasingly explored how global RPO can help address some of the fundamental challenges associated with managing and optimizing a global talent pool. The expansion of global MCRPO reflects shifts in the regional make-up of RPO buying activity.