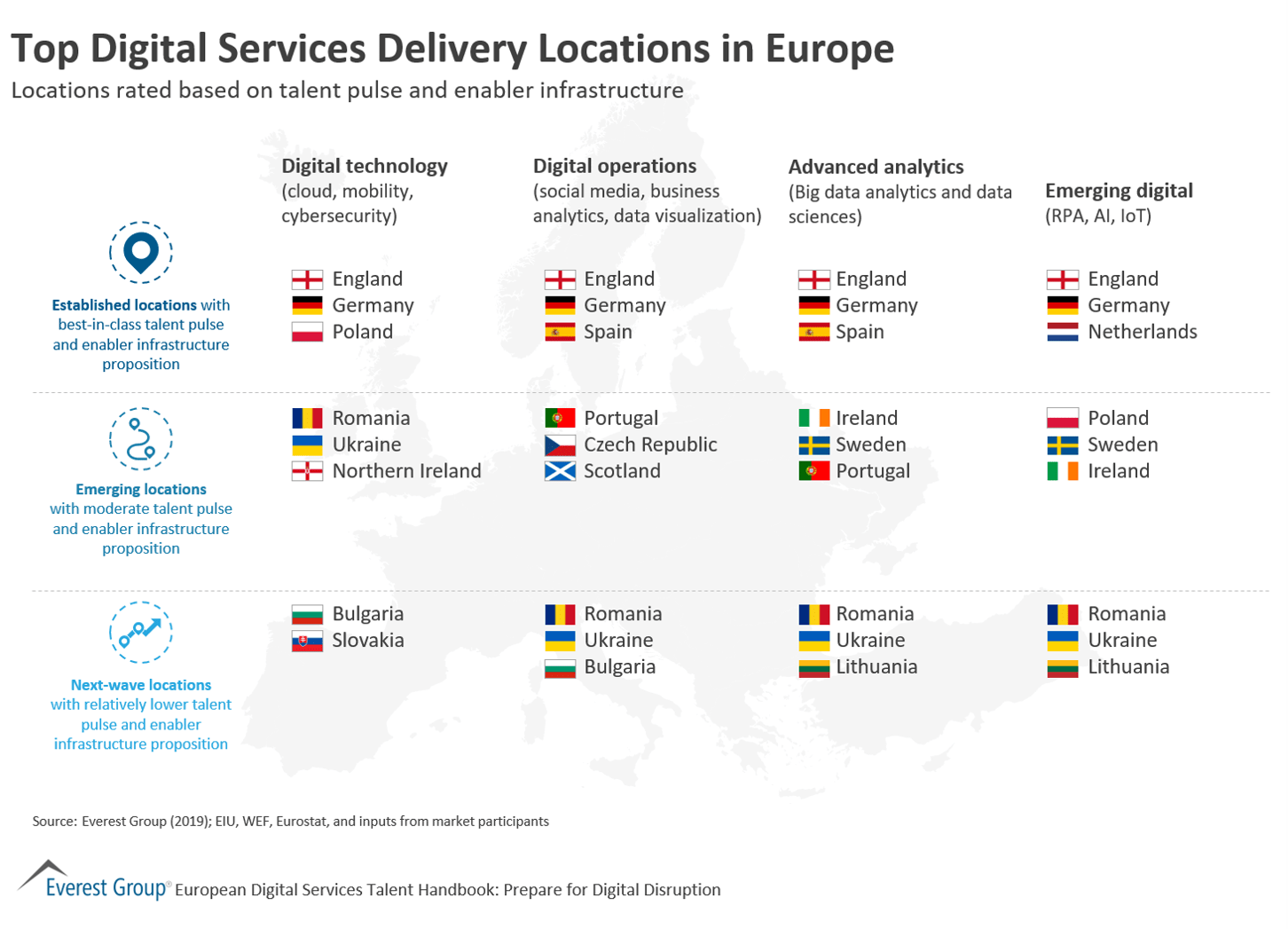 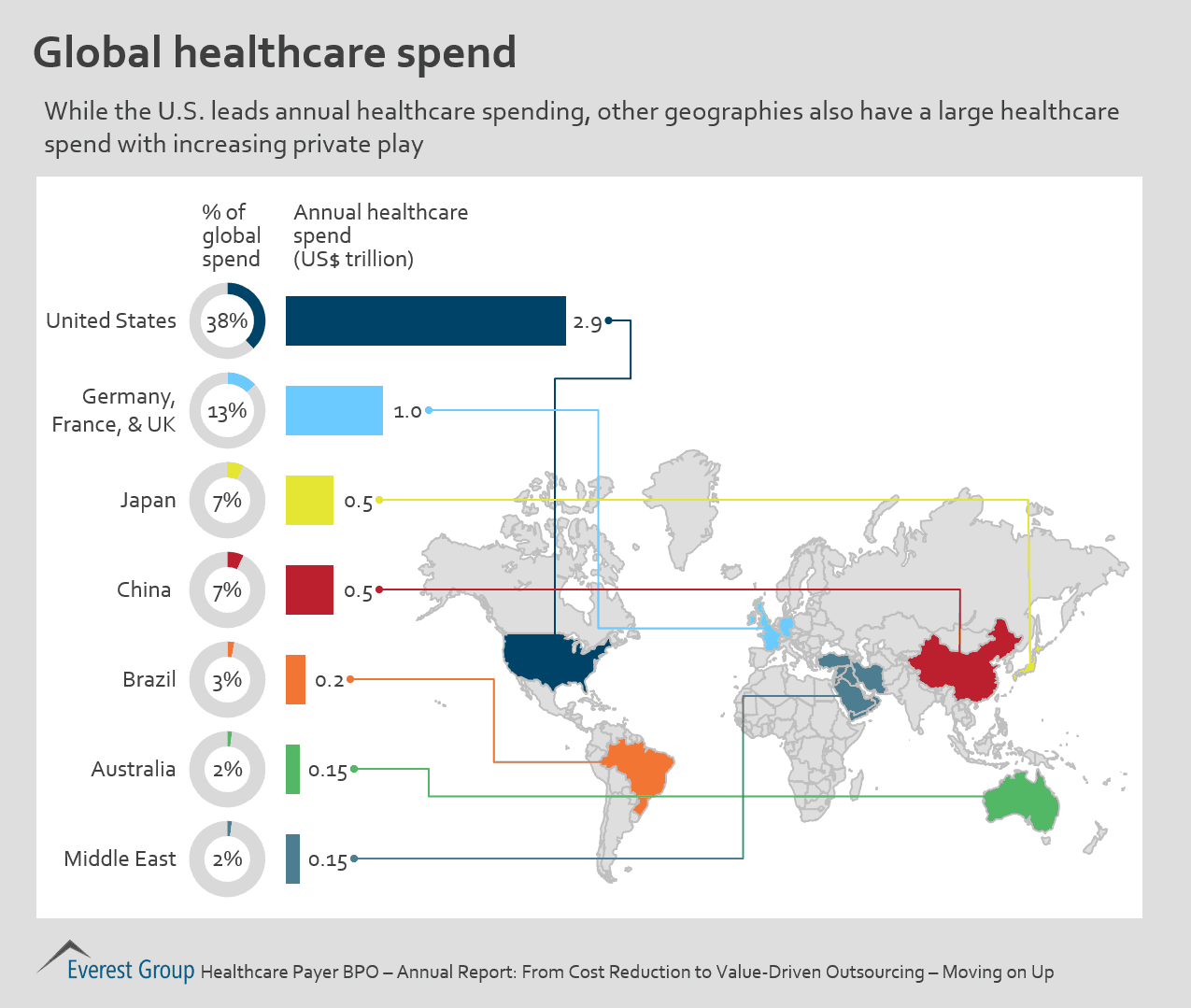 Over the years we have seen Capita successfully expand from one market sector to another in the UK and Ireland. Since 1984 when it only served the UK local government sector, it has expanded into seven major verticals and over 15 segments of those. The latest expansion plans take it beyond the UK and Ireland borders into DACH, with Germany being a primary target market.

Capita’s new geographic growth strategy has seen it make three acquisitions in the DACH region (Germany, Switzerland and Austria) in the past year:

Capita has a formulaic approach to acquisitions with a budget of £200m to £250m per annum. It considers many potential acquisitions each year, selecting a dozen or more that fit its formula to:

In addition, the acquisitions have to make a Return on Capital Employed (ROCE) of 15 percent post tax return after 12-months integration into the group.

Capita recently also acquired 700 skilled, multi-lingual FTEs in Krakow and Lodz, thanks to its acquisition of SouthWestern in Ireland. It can tap into these centres to further boost its presence in DACH for outsourcing services, including insurance, finance and legal administration, and customer management.

The Drivers for DACH expansion

The key drivers for Capita’s German gambit include:

The three acquisitions add scale to Capita’s existing customer management services in the service-line’s key sectors of retail, telecom and utilities. We expect to see some sharing of resources and skills across country units, driven by multi-country client requirements.

The combination of both customer care outsourcing and consulting services represented by these acquisitions also bodes well for CCO clients, who increasingly look to their service partners for guidance in strategic areas, such as the deployment of multi-channel services, enhanced uses of analytics and stronger vertical industry specificity.

Capita’s biggest challenge is integration of these companies along with all the other acquisitions that it has made recently. In recent years Capita has spent:

These have been in a diverse set of companies, ranging from software and data for utilities and transport sectors to residential and commercial mortgage administration. The company is also expanding its services portfolio into new verticals such as agriculture and science services.

Managing this expansive empire while building efficiencies into services and workforce management is not going to be easy.

Yet Capita continues to deliver growth year after year. In previous years, it managed to significantly boost its CCO business with the acquisitions of Ventura and Vertex in the UK. In DACH, it has to deal with challenges of a different culture and languages as well as the usual aspects of integrating businesses, so we will be watching this space with interest.

There is no doubt that Capita is a master at business expansion. Service providers that want to expand into new service lines and geographies would do well to follow Capita’s German gambit.

Germany is relatively early on in its adoption of global services. As is the case in the Nordics, global service providers serving the German market are dealing with some structural inefficiencies in Germany’s labor market. Companies are increasingly using third parties to overcome some of their constraints around labor market rules. And German firms are hungry to apply technology into their businesses.

But the market differs from the Nordics because it’s significantly larger and broader. The German market is not concentrated in a relatively few large companies. It has large and medium-sized companies in a huge market that looks to be systematically utilizing global services to address labor market challenges.

Therefore, we believe that the growth of the German market will be long, projected and unlike the Nordics, which we think will mature quickly and be short lived. 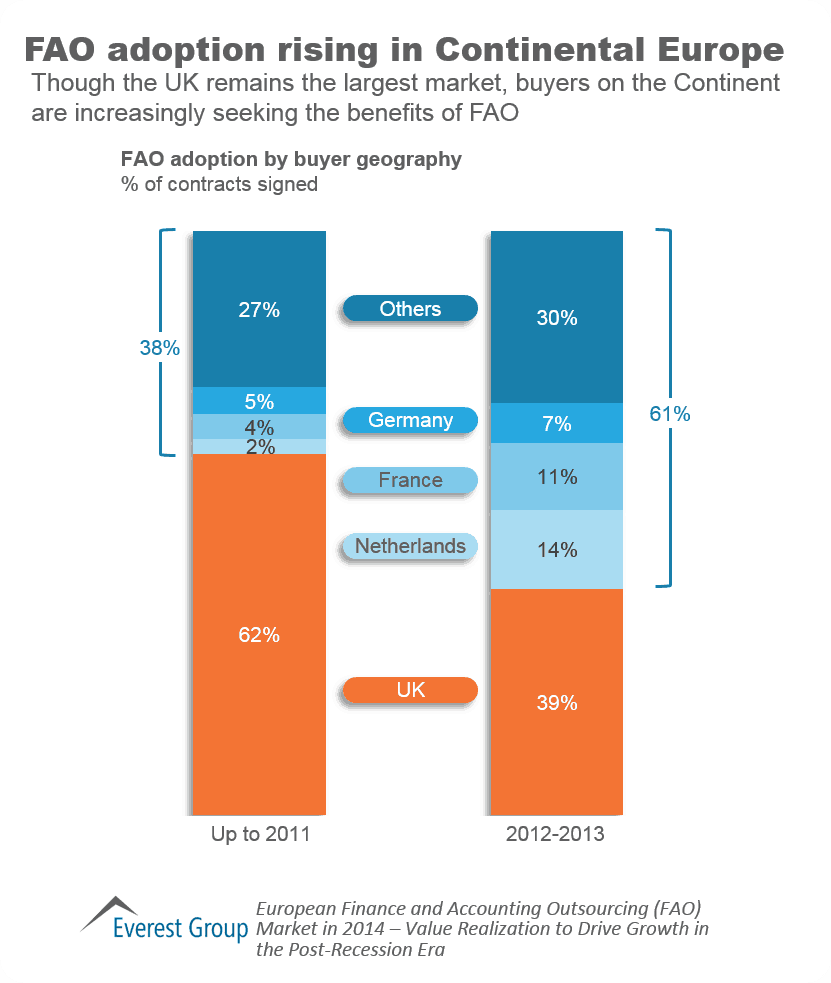 Though the UK remains the largest market, buyers on the Continent are increasingly seeking the benefits of FAO