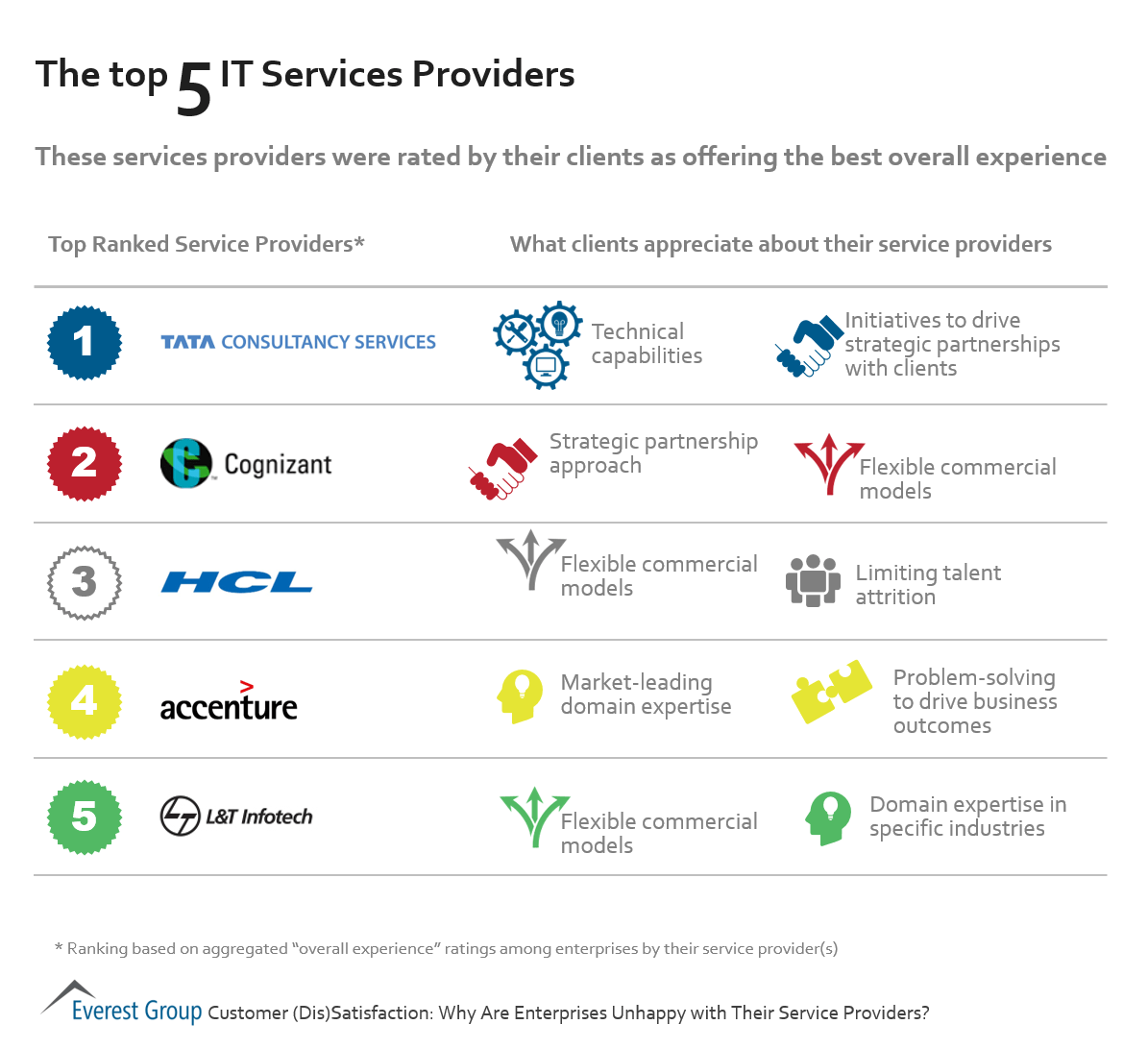 TCS is the largest Indian heritage player in the services industry and is a true market leader. But like the rest of the services industry, TCS faces the maturity of the labor arbitrage market. We see it reflected in TCS’ growth over the last year and in its prospects of growth going forward.

Like its competitors – Accenture and Cognizant – TCS aspires to also become a leader in the new market segments of automation, analytics, cloud and cognitive (AACC) or some type of digital technology and the new business models around AACC. However, the TCS strategy to do this is different from Accenture and Cognizant.

TCS is developing the capabilities and technologies for AACC in house and trying to use its tremendous client base to launch these new capabilities. This strategy stands in contrast to Accenture.

Understanding that its ERP practice was very mature and in decline, Accenture decided to take a leadership role in digital. Historically, Accenture has used a “grow your own capabilities” strategy. But it changed course this time, recognizing digital is a different business model and it was moving so fast that Accenture didn’t have time to build its own capabilities. So Accenture has been on an aggressive digital company acquisition strategy to acquire talent – buying, on average, two digital companies a month for the last two years.

Interestingly, these acquisitions have not contributed meaningful revenue to Accenture, but they have contributed significantly to the Accenture growth. They have done this by allowing Accenture to capture the rare skills in this new market and move to the preeminent leader position in the digital marketplace. The race is still early, but Accenture has opened up a tremendous lead.

Moreover, Cognizant joined Accenture in the acquisitive model, recognizing that building its capacity alone would not assure the market leadership role that it desires.

Here’s the question for TCS: Will it have to change its perspective on acquisitions, adopting the examples of Accenture and Cognizant of acquiring capabilities and talents in the digital arena instead of taking the TCS approach of build-your-own capabilities?

I believe TCS is playing the long game rather than looking at near-term capabilities gains. TCS has everything it needs to adopt the Accenture and Cognizant strategy – everything except the willingness to do so. It has the balance sheet and sophisticated management. But it also is a thoughtful organization with a strong culture focused on people.

As retired CEO Subramaniam Ramadorai wrote in his 2011 book, “The TCS Story … and Beyond,” “This is a people business and we are mindful that integrating acquisitions in this type of business is very difficult and that many large deals in this sector have failed.” He added that TCS supplements organic growth with acquisitions “where they make sense” but doesn’t “strike too many deals.” He summed up the TCS position with the statement that most companies “can grow organically much faster and achieve better returns by reinvesting in organic growth than in acquisitions.”

The company’s view of organic growth turned out to be right in the case of labor arbitrage. But is it different this time? The winning formula in arbitrage was about capacity and de-risking service delivery. In the digital world, where speed is important, the risk is not having the right technology fast enough.

The TCS approach of building from within may take a bit longer to bear significant fruit, but it may also enable smoother, more integrated operations and a healthy culture with solid benefits down the road.

Will the TCS strategy be powerful enough to capture the leadership position down the road? This will be a long race. Often the early leaders in a race are the eventual winners. But TCS could be a late bloomer. Do you think TCS will maintain its course, or will it move to a more aggressive, acquisitive strategy?