Full of Sound and Fury: The Irrelevance of the U.S. Election Offshore Rhetoric | Sherpas in Blue Shirts

In our last Market Vista webinar, we asked the audience to share its perspective on what is likely to happen with offshore demand as the election season in the United States concludes. As shown in the poll results below, few expect much to change after the election season – the votes are tightly clustered around slight change or no change. 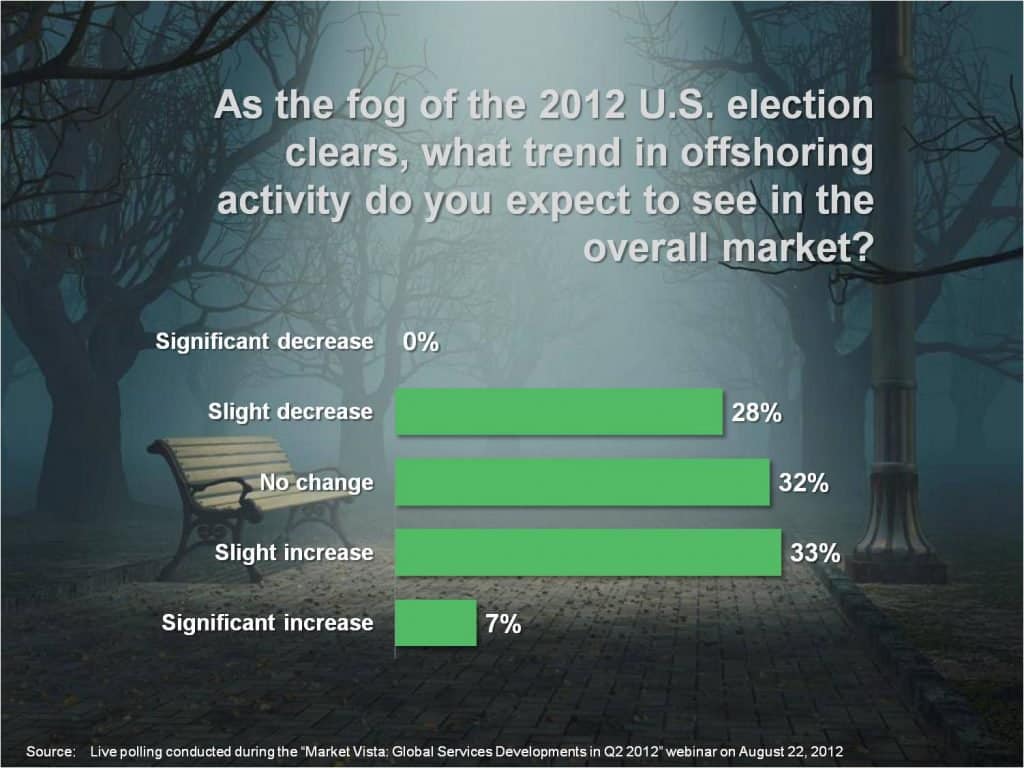 Although the results are consistent with my own personal view, it is certainly in contrast to the number of times I am asked about this topic by the media and other industry observers.

So why is there more noise than substance? Why does the global services market see the political rhetoric as largely irrelevant?

Stepping back, we must bear in mind that politicians are typically speaking to their audience through mass media and messaging accordingly. In other words, what we hear is dumbed down and intended to grab emotions and headlines. However, outside of the noisy rhetoric, top politicians and policy makers do understand the fundamental forces shaping the U.S. and global economies and are unlikely to meaningfully influence the evolution of global services and associated offshoring – regardless of whether Obama or Romney wins the U.S. presidential election.