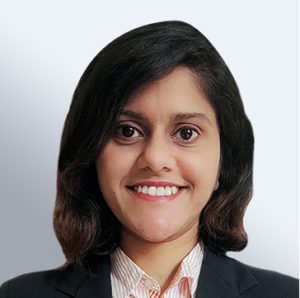 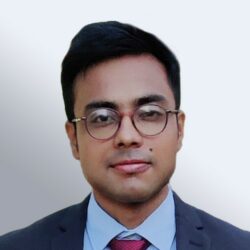 In what can be termed as the biggest deal in the emerging design and prototyping market, Adobe announced on September 15 that it will buy Figma for $20 billion. Adobe, which has a market capitalization of $144.67 billion as of that date, will complete the deal in half cash and half stock. Read on for our analysis of what this means for these players and the segment.

Did we see this coming?

With the adoption of design and prototyping tools in software development picking up immensely post-pandemic, we anticipated mergers and acquisitions in this space. But seeing a design pioneer acquire the game changer in the design space was unexpected.

Adobe was one of the first movers to identify the design space demand and build products such as Photoshop, Illustrator, and XD for designers, helping them gain significant market share. The pandemic changed the needs, demand patterns, and design stakeholders’ ways of work. Adobe could not keep up with this change which led to a slowdown in its growth. Figma – a relatively late entrant in the design space – came in as a game changer and emerged as a major competitor for Adobe.

This acquisition reminds us of Meta’s acquisition of WhatsApp in 2014, which enabled Meta to cement its unshakable dominant presence in the instant messaging space by acquiring its biggest competitor.

Figma’s rise to the top has been nothing short of marvelous. This rocket ship launched in 2012 and had its public release in September 2016. Fast forward six years, Figma will now join forces with another major player in this space – Adobe.

Analyzing the details reveals the following three strengths that led to Figma’s rise:

This acquisition offers several areas for synergy that can propel the combined entity’s growth in the design space.

What’s in this for Adobe

The deal will provide the following benefits for Adobe:

Implications for the design and prototyping market

Competing design tool vendors – This acquisition puts Adobe and Figma at the front of the pack. They can now boast functionalities spanning across the entire value chain along with a significant user base and customer list. What this means for competitors is that they will have to rely on strong differentiation propositions to create a niche for themselves. We anticipate that the competitors will focus on small and medium enterprises to drive differentiation.

Enterprises – In their quest to standardize and scale design processes across all product teams, enterprises tend to opt for tools that offer end-to-end design lifecycle functionality. This acquisition seems to be in the right direction as enterprises will now have a one-stop design solution.

Service providers – This move will unquestionably facilitate creating the largest base of designers operating in the Adobe plus Figma ecosystem. Demand for these skill sets will only go up from here. We anticipate service providers will ramp up their designer arsenal inorganically and step up on their partnership with Adobe plus Figma to offer design services for enterprises.

Things to look out for

While Dylan Field, CEO and co-founder of Figma, has stressed that Adobe is deeply committed to keeping Figma operating autonomously, seeing how the integration shapes up will be interesting. Adobe can take lessons from Microsoft’s acquisition of GitHub which shows that large technology companies can successfully acquire smaller players but still retain the core value proposition.

In line with this, we will also watch for potential changes in the following areas:

As the market evolves, competitors will need to make strong moves to create spaces for themselves. Adobe’s acquisition of Figma may set the stage for additional mergers and acquisitions to pay attention to.

Can Joint Innovation and Public-private Partnerships Prove to be the Noah’s Ark for Africa?

Almost 200 countries came together at the Climate Change Conference (COP 27) [...]

Alert on Engineering and IT Hiring Dilemmas for 2023

The most dangerous words regarding investing are, “This time, it will be [...]

The Role of ESG in IT Services Pricing: Is There a Case for a Green Premium?

Service providers who lead in green engineering and can produce significantly more [...]