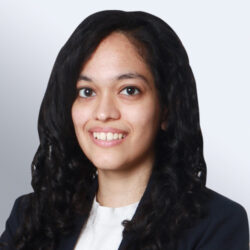 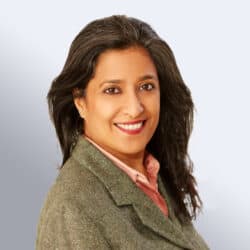 Can Joint Innovation and Public-private Partnerships Prove to be the Noah’s Ark for Africa? | Blog

Almost 200 countries came together at the Climate Change Conference (COP 27) in Egypt last month to take action toward achieving the world’s collective climate goals. Among the event highlights was the establishment of a fund to assist the nations most vulnerable and impacted by the effects of climate change. Read on for key takeaways from COP 27 and implications for the Global South.

The much-anticipated conference, dubbed the Africa COP, marked 30 years since the adoption of the United Nations Framework Convention on Climate Change (UNFCCC). While much has transpired and the planet has come a long way in its fight against climate change since then, some nations have been left behind in achieving their carbon goals and are not experiencing the intended benefits.

Developing nations have long sought financial assistance to rebuild their social and physical infrastructure, but the World Bank and other publicly-funded lending institutions have failed to fulfill these growing needs. To address this issue, the UNFCCC, backed by the United Nations Environment Program and several attendee governments, launched a five-year work program to fund and promote smart technology solutions in developing nations, opening ground for tech providers to display their capabilities in the space.

COP 27 proved to be an instrumental platform for service providers and Big Tech players to engage in sustainability conversations and highlight their contributions towards the planet and its people.

The bridge towards a sustainable future must be pillared by collaboration and joint innovation in technology. Partnerships can be seen as the key to climate adaptation and mitigation. Many of these collaborations focus on marrying Artificial Intelligence (AI) and satellite technology. Some examples include:

As organizations do their part to help the Global South, COP 27 set a milestone by recognizing the disproportionate exposure of the poorer nations in Africa, Asia, and Latin America to climate change consequences. Established after years of appeals by the developing nations to compensate for losses due to climate disasters, the fund is viewed as a major political step to provide the appellants with a sense of justice and rebuild trust among nations.

Let’s take a look at other key implications for the Global South:

This opens several opportunities for service providers and consultants as more enterprises will require their expertise to transition to sustainable models. The increased volumes of ESG data generated will create opportunities for data analytics players, helping to bridge the climate data gap.

Organizations are collaborating and prioritizing community impact in developing nations. Public-private partnerships toward sustainable models will make technology and welfare more accessible in these regions. With changing geo-political scenarios, Africa will prove to be an attractive opportunity for various investors and service providers.

To discuss further, please reach out to Rita Soni and Ambika Kini.

Can Joint Innovation and Public-private Partnerships Prove to be the Noah’s Ark for Africa?

Almost 200 countries came together at the Climate Change Conference (COP 27) [...]

The Role of ESG in IT Services Pricing: Is There a Case for a Green Premium?

Service providers who lead in green engineering and can produce significantly more [...]

Environmental, Social, and Governance (ESG) initiatives and investments are growing in importance [...]