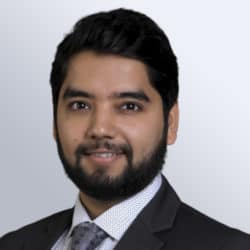 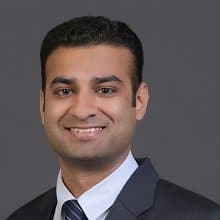 What the acquisition means for HCL

The acquisition impacts HCL in a few important ways:

The recent acquisition by HCL is a strategic move to cement its position in semiconductor chip engineering services by strengthening its existing digital design services and expanding into the analog and mixed-signal space.

Both HCL and Sankalp Semiconductor provide chip engineering services in the pre-silicon and post-silicon segments of the value chain (See Figure 1). But while HCL’s chip engineering expertise lies in digital design, Sankalp has strong capabilities in analog and mixed-signal circuit design as well.

How the acquisition reflects industry trends

HCL’s acquisition of Sankalp is the latest in a series of acquisitions that have taken place in the semiconductor engineering services industry over the past few years. As shown in the graphic below, in 2015, Aricent acquired the Bengaluru-based semiconductor services firm SmartPlay Technologies Pvt Ltd before itself being acquired by Altran in 2017, which was – in turn – acquired by Capgemini in 2019. Cyient Europe Ltd acquired custom analog and mixed-signal circuits design company Ansem N.V, and L&TTS acquired Bengaluru-based Graphene Semiconductor.

All of these acquisitions reflect an important industry trend that has some specific consequences. There is an increasing focus on semiconductor engineering due to the rise of IoT and smart device applications, as well as a growing demand for greater computing power and device miniaturization.

This trend is driving several outcomes. First, it is forcing semiconductor companies to think about how to reduce time-to-market, as well as how to gain access to engineers with the right kinds of expertise. Many are turning to outsourcing to address these challenges. As a result, we expect outsourcing in this sector to grow at a rate of 10% over the next three years.

Second, it is forcing semiconductor engineering service providers to expand their portfolios to successfully address market needs. That challenge, coupled with the generally fragmented nature of the industry, is likely to result in ongoing merger and acquisition activity.

Ultimately, whether they choose to grow organically or inorganically, semiconductor engineering services firms will want to invest in their capabilities so they can grab a higher share of outsourcing from the ~US$ 470 billion semiconductor industry pie.

Salesforce Acquires Slack: Salesforce Stands to Gain Much More Than Slack in the Long Run

There was much excitement on December 1, 2020, when Salesforce announced that [...]