Thus far, the banking industry has expressed optimism regarding the Trump administration’s policy announcements, particularly with respect to potential rollbacks of Dodd-Frank regulations. As evidenced by the positive upswing bank stocks have experienced since the election, the banking industry is thoroughly enjoying the prospects of reduced regulations, expansionary fiscal policy, corporate tax cuts, and increased infrastructure spending.

It is no wonder banks would revel in a swing of the pendulum. Since the 2008 financial crisis, the industry has been plagued by a combination of low interest rates, increased regulation, heightened consumer demands and market disruption by non-traditional entrants. And in the midst of challenging times, the banks have had to invest in preparation for what is expected to be an unprecedented level of disruption over the next decade driven by the technology innovation of FinTechs, the service innovation of Neobanks and the financial supply chain innovation of technologies like Blockchain. Last year, these factors culminated in the largest number of bank mergers since 2009.

This new found euphoria, however, may be short-lived, as some of the potential policies being floated by the Trump administration – particularly as they relate to global service delivery models – have strong downsides that must not be ignored. Top performing banks will be those that prepare plans to minimize the downside in addition to maximizing the upside.

Chief among the potential downside risks is the Trump administration’s strong position on U.S. job protection. The cost challenges of the last decade have necessarily led banks to significant use of offshore labor for back-office business processes, information technology and customer contact centers. As a result, banking is at risk of becoming a target industry for the President’s bully pulpit – whether individually or combined with other industries that are also heavy users of offshore labor.

In addition, the proposed visa reforms and border restrictions will reduce access to skilled technical resources at a cost-effective rate. IT outsourcing is common among banks, and adjustments to the H-1B visa program will impact the service provider’s talent and cost of operations. The banks are also direct users of the H-1B visa to import talent. Combining that with the draw of FinTech and other technology firms fighting for a diminishing supply of resources, talent scarcity will impair the banks competitive position in the ever more technology-driven world of banking innovation.

Other risks aren’t as clear but warrant monitoring, including the potential that trade protectionism could ultimately lead to an overall slowing of the U.S. economy, the ability to freely move corporate resources internationally, as well as any tightening of foreign ownership rules. 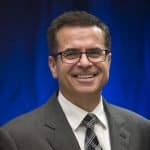