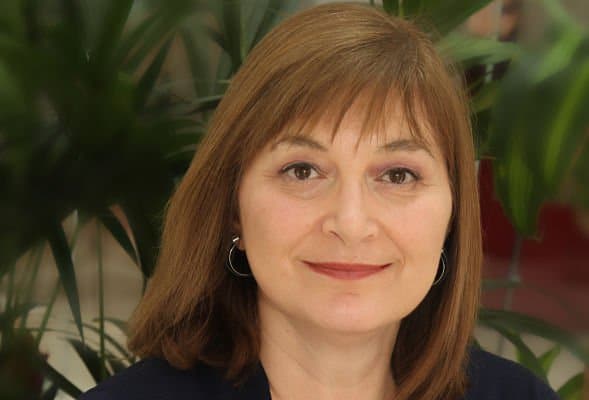 Sarah is chair of BCSWomen, the women’s group of the British Chartered Institute for IT, and founder of AI Accelerator, a programme of free AI events, seminars and webcasts by experts, to inform and educate participants.

Sarah’s accolades include:
• Named one of 50 most influential women in UK IT by Computer Weekly in 2017 and 2016
• Also in 2016, she was named an outsourcing A Lister by the Global Sourcing Association (GSA)
• In 2017 Sarah was named a Digital Leaders’ Champion for the UK South East

As well as contributing to media, Sarah often speaks at leading client and industry events and webinars. She is active in social media as well with frequent blogs and Twitter posts (@SarahBurnett).

“Sarah is a highly respected expert in the business process automation market. Not only has she greatly enhanced our go to market strategy and product development, but we believe that she has made a significant contribution to the Robotic Process Automation industry through her insightful reports.”

“Sarah’s research and advice has helped us with our product development and go-to-market strategies. Her technology assessments and detailed research on enterprise-grade Robotic Process Automation (RPA) has been a major catalyst helping to define and accelerate one of the fastest growing markets in enterprise software today. Her efforts have helped thousands of customers to understand the key features of RPA technology, what to buy and how to take advantage of the software to get significant returns from their investments fast.”

— Co-founder and CEO of a leading platform for enterprise RPA

“Sarah and her team did a great job of helping us formulate our automation strategy. They helped us benchmark our capabilities, identify the business processes that offered the biggest opportunities for automation, and what technologies to use.”

“Everest Group is made up of very talented and highly motivated people. We have a collaborative and data-driven approach to research and problem solving combined with high standards of professionalism and core values.”

Shared services centers have offered organizations a strategic approach to realizing efficiency, while at the same time protecting themselves from e[...]
See Report

Digital transformation has become a necessity for firms to survive in this era of disruptive business models and rapidly-chang[...]
See Report

As global organizations shift from an “arbitrage-first” to a “digital-first” model of service delivery, adoption of digital technolo[...]
See Report

I marvelled at the passion demonstrated by the London Extinction Rebellion activists while I attempted to make my way to the Digital Agenda Power[...]
View Post

In AI We Trust, Thanks to AI Checking Software | Blog

The increasing popularity and uptake of Artificial Intelligence (AI) is giving rise to concerns about its risks, explainability, and fairness in t[...]
View Post

Open Source “Robin”: A Disruptor in the RPA Industry? | Blog

The RPA world just got a bit more exciting with the early release of Robin, a Domain Specific Language (DSL) designed for RPA and offer[...]
View Post