Critical Factors to Consider Before Selecting a Nearshore Location, Part 8: Governmental Agencies and Support | In the News

Posted On January 30, 2018
nearshoreTrinidad and Tobago

With so many destinations now trying to attract nearshore business, it is clear that promotion matters. These days, say the analysts, any country that wants to be a serious player needs to be investing in this side of the game.

Costa Rica has been at the vanguard for the better part of a decade. Its CINDE agency has piggybacked on the positive ecotourism and safety reputation of the country to bring in foreign executives and get them to quickly sign on the dotted line with business-friendly incentives.

Colombia is showing progress in this area as well. Though its mission goes far beyond the services sector, the government changed the name of its promotion agency from ProExport to ProColombia a few years ago, and its efforts have helped to start to change the perception of the country from scary to business friendly.

Salil Dani, a vice president in the global sourcing service line for the Dallas-based consulting and research company Everest Group, notes that companies are hearing this message and appreciate both the pitches that governments make and the initiatives they establish to train workers. “Companies are realizing the potential that nearshore locations offer beyond just traditional functions,” says Dani. “Accordingly, the governments and promotion agencies are taking some steps. A lot still has to be done. But they are taking some steps to make the talent ready for these next-generation skills.”

Talent Tops Lithuania’s Impressive List of Assets | In the News

When UK-based financial markets consultancy Catalyst Development were choosing a location for their first nearshore [...] 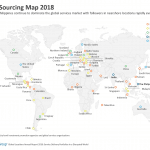 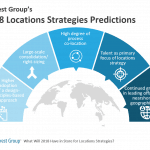 What Will 2018 Have in Store for Locations Strategies? Vist the report page 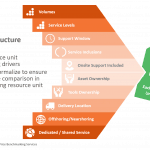 10 resource unit pricing drivers you must normalize to ensure a like-to-like comparison in benchmarking [...]