As enterprises move from an arbitrage-first to a digital-first model to gain business value beyond cost savings, and to lessen the impact of potential immigration-related issues, service delivery from locations that were traditionally considered “onshore” is gaining prominence.

Western Europe* is one region that has gained significant importance as a global/regional delivery geography over the last several years. Indeed, Everest Group’s research on the growth of back- and middle-office services delivery demonstrates a compellingly strong value proposition across all the countries in the region. 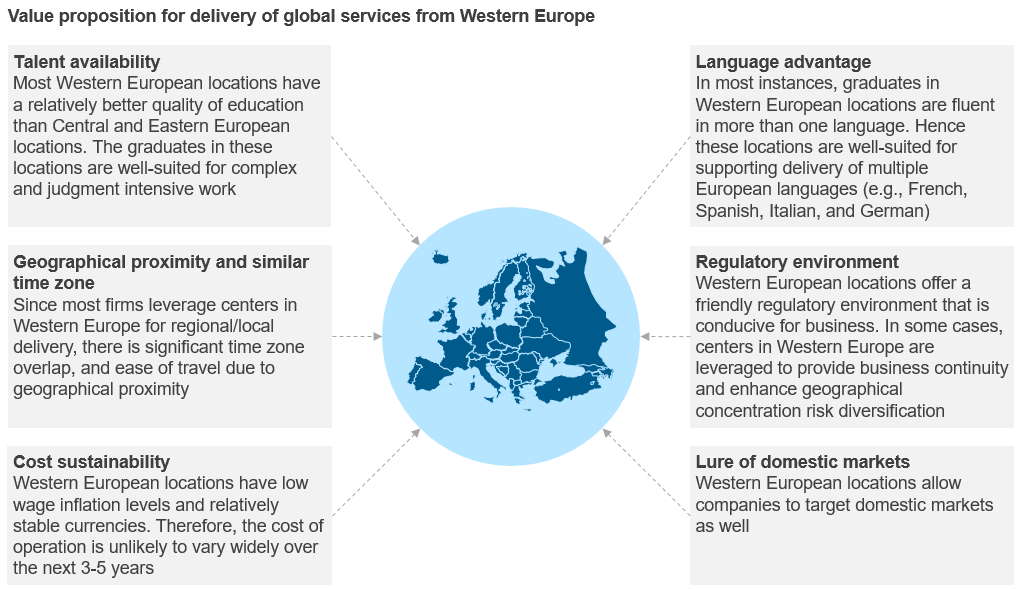 Yet, due to multiple misconceptions about the region, some readers may need to be convinced of its viability as a digital-first delivery location. Thus, here are some fallacy-busting facts from our recently-released report, “Emergence of Western Europe for Centralized Global Service Delivery to Europe”: 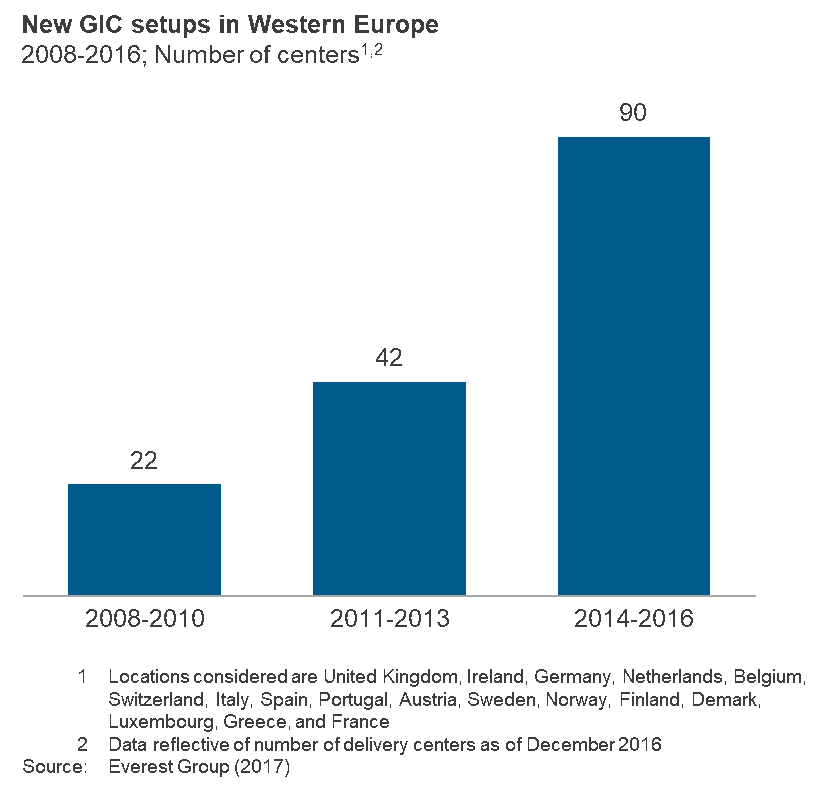 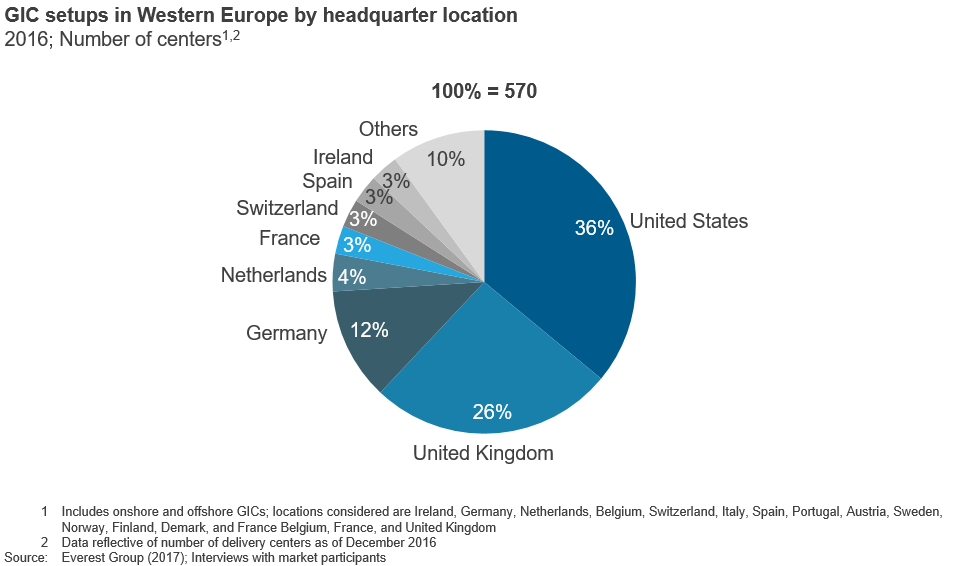 Clearly, there are many reasons why Western European cities are playing a strong role in the delivery portfolio of a growing number of organizations that have highly advanced locations strategies.

Of course, there are multiple factors that could potentially alter the landscape of delivery from Western Europe. Issues global services leaders need to carefully consider include Brexit, adoption of digital technologies (e.g., social, mobile, analytics, and cloud), and likely changes driven by the General Data Protection Regulation (GDPR) and the European Central Bank (ECB.)

For a more detailed analysis of the value proposition of Western European cities, and relative comparisons of leading locations, please see our recent report, “Emergence of Western Europe for Centralized Global Service Delivery to Europe.”

Ongoing Coverage of the Service Delivery Impacts of Coronavirus

Ongoing Coverage of the Service Delivery Impacts of Coronavirus Coronavirus, or 2019-ncOv, [...]

Should Your Global Service Delivery Locations Portfolio Include Western Europe?

As enterprises move from an arbitrage-first to a digital-first model to gain [...]