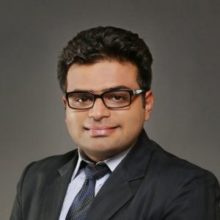 There are numerous reasons the bill will likely not pass. For example, the California state government would need to spend US$400 billion per year (more than twice the current spend) to fund the proposals in the bill, in turn requiring a massive increase in taxes, including a 15 percent payroll tax increase (source: California Senate Appropriations Committee). There’s limited political support for the bill, even among Democrats. There’s also minimal popular support, per a Pew Research Center poll, which concluded that only 30 percent of California residents prefer having the government be the sole payer. Previous similar attempts at a single, state-run payer system have failed due to the expense involved.

On the other hand, there are voices of support for a single payer system, including Bernie Sanders, the longest serving independent in U.S. congressional history, and Mark Bertolini, Aetna’s CEO, who in May 2017 asked the nation to ponder such an arrangement.

If a single payer system were ever implemented, sweeping changes would impact multiple parties.

How would a single payer system look if it were ever implemented?

While there are many ways in which this could play out, a move to a single payer system would in most cases be a bane for the payers.

Thus, healthcare providers would experience positives as well as negatives in a single payer system.

A single payer system would bring many opportunities to outsourcing service providers. For example:

Of course, not all would be rosy. As a single payer system would require service providers to work with the government instead of commercial entities, they would likely face slower processing, a smaller appetite for innovation, and bureaucratic red tape. Additionally, payer consolidation would lead to outsourcing industry consolidation, likely putting some service providers out of business.

We don’t mean to spook outsourcing service providers with our views. Nor are we encouraging them to start investing in expanding their offerings. But we are recommending they keep an eye on the progress of the HCA and other similar acts around the country. Doing so might just save them from the same fate Nokia suffered at the hands of Google and Apple.

The Wide-Ranging Impacts of a Single Payer Healthcare System

The Battle over Healthcare: Round One Ends with a Whimper and Uncertainty

Healthcare reform has become a political slugfest, casting a spell of ambiguity [...]

On April 23, Genpact announced it had signed an agreement to acquire [...]

The debate on whether outsourcing or global in-house centers (GICs) is the [...]