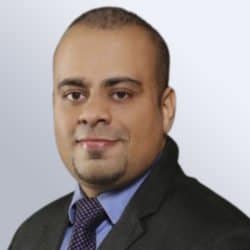 Are Rising Costs the Only Impact Immigration Reform Bills Will Have on the Services Industry? | Sherpas in Blue Shirts

When U.S. congressmen Darrel Issa and Scott Peters at the very beginning of 2017 proposed a bill that would increase H-1B visa holders’ wages to US$100,000, experts in the industry were positive that IT service providers would be able to manage it, as they were already bearing costs between US$75-85K. But less than a month later, U.S. Congressman Zoe Lofgren’s introduction of the “The High-Skilled Integrity and Fairness Act of 2017” – a bill that aims to double the minimum salaries for H-1B visa holders to minimum US$130,000 – eroded 5 percent of the Indian IT service providers’ market.

Although U.S. President Trump’s subsequent congressional speech talked about merit being the criteria for visa allotment – and many businesses rejoiced that he made no mention of minimum wage as the deciding factor – it’s fair to assume that the minimum wage might still end up near US$130,000 in a merit-based lottery system.

But cost is only one of the possible impacts of visa reforms on the parties directly and indirectly involved in the services industry. Let’s take a look.

A landed resource might continue to be indispensable for projects when his or her role is primarily that of liaison with between the client’s business units and the provider’s offshore resources (due to time zone differences and established comfort levels) or if he or she was engaged for unique skills or insights. Landed resources serving as liaisons for business units could more easily be replaced by local resources.

H-1B visa reforms are expected to trigger a refocus on driving efficiencies through automation and digital process transformation. This will accelerate the transformation in service providers’ years’ standing talent acquisition operations and processes. The requirement for different skill sets, coupled with cannibalization of traditional revenue streams, paint a less than rosy picture on falling traditional revenues and increasing costs.

We might also see higher consolidation in the outsourcing industry, especially for mid-sized firms, as service providers may look at economies of scale and inorganic account expansion to counter slowing growth and keep cost of operations in check.

U.S. companies might have to bear the brunt economic impact of the demand-supply mismatch. Enterprises today use H-1B resources for a variety of reasons, some to manage their GIC operations. A raise in the average wage will cause inflationary pressure on IT resource costs, restrict supply of talent, and create increased poaching of resources between companies. In other words, enterprises might be forced to hire landed resources at a cost much higher than the perceived value, or lose out on business efficiency and growth, thus creating a vicious cycle that the current administration hopes to break.

Impact on the education sector

The education sector might be most immediately impacted by any stringent visa reform going through. Enrollment of non-U.S. nationals in Master’s programs could plummet, given the likely challenge in finding jobs after graduation. This situation has already been observed in the U.K., where tight visa guidelines have compelled students to return home once they are done with their education. The rest of Europe, which has relatively less stringent visa requirements, might become a hot destination for the Indian student diaspora as demand for technical expertise increases significantly.

In India, it’s clear industry veterans and current leaders are questioning their own hiring tactics and the sustainability of the low cost model. While some have expressed that retraining their current force is difficult as people in senior and middle management are low quality, others have condemned the IT industry as a whole by accusing them of carteling to keep wages low.
This might not float well with new graduates, who increasingly look for jobs at start-ups entering the disruptive digital space. These new companies are offering higher wages and a culture more suited to millennials than do IT service providers.

While it will be wait and watch until we know what clauses in the proposed bill become law, it’s clear that any combination of the above and other impacts will force providers and enterprises to make some major decisions to remain at the top of their game.

An interesting trend is developing in the services industry, reversing the trend [...]

The news about pending immigration and H-1B visa reform in recent weeks [...]

Recently, an official from the Trump administration accused Indian IT providers of [...]