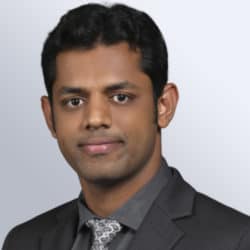 In a recent blog entitled, “Is rising costs the only impact immigration reform bills will have on the services industry?” our colleagues wrote about a variety of potential effects Representative Zoe Lofgren’s (D-CA) “High-Skilled Integrity and Fairness Act of 2017” H1-B visa proposal would have on numerous parties.

Let’s look squarely at the potential impact of these changes on total contract value (TCV). Some of the key IT service providers, especially Cognizant, HCL, Infosys, TCS, and Wipro – all of which rely heavily on “landed” resources to provide IT services in the U.S. – would have some major decisions to make, ranging from tactical, such as recruitment strategy, to business strategy, such as margin cuts.

If passed, the bill would most likely take away the landed resources cost advantage. Having assessed numerous IT ADM contracts in the last 12 months, Everest Group conducted a simulation to represent a typical three-year IT AM deal, using industry standard offshoring, staffing pyramids, and local-to-landed resource ratios. Our simulation showed that the removal of the difference in pricing of local and landed resources alone would result in a 5-6 percent increase in TCV, not taking into account any auxiliary impact on service providers’ cost (recruitment, organizational restructuring, etc.)

Already pressed for margins, IT service providers would try to pass the TCV impact on to their enterprise clients. As it is very unlikely clients would be willing to bear the cost increase, it would remain with the providers. As a margin decline of 500-700 basis points would significantly disrupt any company’s financial standing, the providers would need to deploy countermeasures to mitigate this impact.

To reduce the impact on margins, service providers could use levers such as degree of offshoring and staffing pyramids. Our simulation showed that increasing offshoring by about 2-3 percent resulted in a 50 percent decline in the impact of TCV (essentially lowering the increase from 5-7 percent to 2-3 percent) for a typical three-year ADM deal. While the impact on more complex deals might not be easy to mitigate, our simulation demonstrates there is hope for service providers who play smartly and are proactive in adopting strategies to counter the potential impact of any negative reforms.

Another way service providers can drive down their costs is through automation. For example, key aspects of onshore resources’ work include coordination with offshore resources for alignment of work and managing timelines and quality objectives. If automated, these aspects could significantly nullify the impact of onshore cost increases. And with 300-400 basis points at stake, providers might finally have the motivation to adopt automation at the enterprise level, rather than as a deal- or client-specific objective.

It will be very interesting to see if service providers are able to convince the enterprises to share some of the increased cost burden. What’s your guess?

Sourcing Professionals Have a Tough Job

If you are a sourcing professional, you have our deepest respect, because [...]

CX and the Philippines: An Evolving Value Proposition

For the last several years, the Philippines’ value proposition as the leading [...]

In Digital, What was Context Now Becomes Core

I don’t know about your company’s situation; but having looked at literally [...]

Capital markets BPO (Business Process Outsourcing) is one of the fastest growing [...]