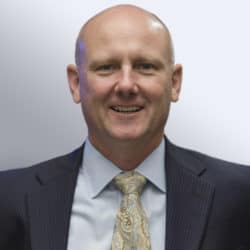 A Pig in a Poke: Trump Administration Policies Could Spell Trouble for Banking Industry | Sherpas in Blue Shirts

Thus far, the banking industry has expressed optimism about the Trump administration’s policy announcements, particularly with respect to potential rollbacks of Dodd-Frank regulations. As evidenced by the positive upswing bank stocks have experienced since the election, the banking industry is thoroughly enjoying the prospects of reduced regulations, expansionary fiscal policy, corporate tax cuts, and increased infrastructure spending.

After suffering a decade of challenges and disappointing performance since the 2008 financial crisis, it is no wonder banks would revel in a swing of the pendulum. This euphoria, however, may be short-lived, because some of the potential policies being floated by the Trump administration – particularly as they relate to global service delivery models – have strong downsides that must not be ignored.

Chief among the downside risks is the Trump administration’s strong position on US job protection. The cost challenges of the last decade have necessarily led banks’ significant use of offshore labor for back-office business processes and customer contact-centers. In many cases, over 50 percent of the FTE involved in business processes and IT for US banks are in offshore locations. This significant workforce is at risk of becoming the next target for President Trump’s bully pulpit.

In addition, the proposed visa reforms and border restrictions will reduce access to skilled technical resources at a cost-effective rate. Or, as Everest Group CEO Peter Bendor-Samuel puts it, visa regulations mean less access to the same cheap labor. Combining that with the draw of Fintech firms fighting for the same talent, talent scarcity will have an overall impact on the ability for banks to compete in the ever more technology-driven arena of banking innovation.

Other risks aren’t as clear but warrant monitoring, including the potential that trade protectionism could ultimately lead to an overall slowing of the US economy, restrictions on the ability to freely move corporate resources internationally, and the tightening of foreign ownership rules.

Everest Group cautions organizations in the US banking industry not to buy a pig in a poke, that is, foolishly revel in the benefits of attractive policies without fully examining the impact of policies that may have damaging repercussions. At the very least, banking institutions should investigate the full scope of the political strategies of the Trump administration, consider the implications, and develop strategies to mitigate the potential downsides of those policies.

We invite you to view a recording of our recent eye-opening webinar hosted by Todd Hintze, Managing Partner, and Mark Lade, Associate Partner on how Trump policies and other growing protectionist policies will impact your operational strategy. You can also read their complimentary viewpoint on the topic titled Navigating the New World (Dis)Order – a must read about this disruptive topic.

BigTechs in BFSI: The Pragmatics of Co-existence for Market Expansion

Google recently announced that it is teaming with eight US banks to [...]

What Analytics Hot Spot Is Right For Your BFSI Business?

Enterprises that operate in the BFSI industry are the biggest consumers of [...]