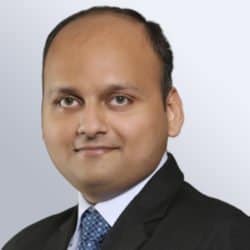 Blockchain in BFSI: Beyond the Hype | Sherpas in Blue Shirts

Disclaimer: the following work of fiction has no relation to anybody living, dead, or yet to be born.

In the year 2248, the crash of the global economy quickly turned into an apocalyptic situation, with a complete breakdown of any form of order, leading to chaos and extinction-level events. At the same time, two brilliant scientists – a computer genius and an astrophysicist fascinated by the laws of space and time – were working on ways to prevent the crash from ever occurring. They were able to isolate the core reason for the crisis as extreme dependence on central clearinghouses and central banks of the world, which had become too powerful and systemic. The two scientists, determined to stop the end of the world, realized that it was possible to transfer data in any point of time as a base to create an intelligent digital personality that was just a combination of a series of billions of 1’s and 0’s. This digital personality was designed to ensure that the world’s central clearinghouses and central banks would not become too big to fail, per several key attributes: proposal of a virtual currency over a distributed ledger system; help building the system; and an auto self-destruct sequence to the digital identity once the currency found supporters globally (this to ensure the identity of the creator of this virtual currency remained mystery.) They sent this intelligent digital personality back in time to 2008 – when the world experienced a major economic crisis – and the rest, as we know, is another timeline that we live in!

Now, away from fiction and into facts about Blockchain – the distributed ledger technology – and the resultant wave of disruption in the financial services domain and beyond.

In 2015, no industry conference or trends forecast in the BFSI sector was complete without the mention of Blockchain technology and its potential benefits of reduced transactions and infrastructure costs, efficiencies, and financial inclusion.

In the last two years, we have witnessed major banks, financial institutions, technology companies, and even governments and international bodies presenting their views on whether they consider this technology revolutionary, and on their investment plans about adopting it.

Several firms have invested in Blockchain technology research to answer the questions on whether it will really transform the BFSI ecosystem and ultimately optimize middle- and back-office functions. And, if so, how they can prepare for that future.

Others are asking a broad range of questions about this distributed ledger technology, including:

• Will it reduce the time and costs of transactions and settlements to a fraction of what the current systems have to offer?
• Will it drive transparency and ease of global compliance?
• Will it break big banks?
• Can smart contracts automate transactions and create trust without central clearing parties?
• Can a combination of different forms of smart contracts, IoT, and Blockchain technology create a self-governing Decentralized Autonomous Organization (DAO) that makes the need for human intervention redundant?

There is no doubt that Blockchain has a lot of potential. But it currently faces a lot of uncertainty and challenges. There are several different versions of the shared ledger technology, and they will evolve as rapidly as the technology itself. The future of these different Blockchains is uncertain, as is the final shape they will take, and whether they will work or not.

Everest Group’s just published report, “Blockchain in BFSI: Beyond the Hype,” removes the hype from all the facts, tells the story of key investments made to date, how Blockchain has evolved and predicts the trends that we will witness in the next 12 to 18 months, and the key implications it will have on enterprises and service providers.

What are your experiences with, or thoughts on, Blockchain?

Big Increase in IT Services Spending in Financial Services