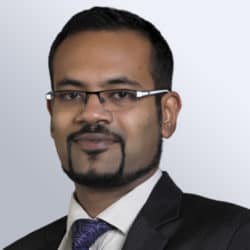 EMC has taken a significant step forward in its hybrid cloud journey with the announcement of its acquisition of Virtustream in an all-cash transaction of US$1.2 billion. Founded in 2009, Virtustream is estimated to have clocked ~US$ 100 million in revenues last year through its cloud hosting services and management software (xStream) offerings – while cloud IaaS accounted for 60% of this revenue, the remaining 40% came from management software licenses.

The U.S.-based company will eventually become the managed cloud services division within the EMC Federation business. The transaction is expected to close by the third quarter of 2015 and be additive to EMC’s revenues starting 2016.

EMC is well known for its deep pockets. With about 70 acquisitions since 2003, the inorganic route is clearly not new to EMC (to put it mildly). The company has not shied away from flexing its muscles from time-to-time to build capabilities for its mainstay storage business and beyond.

The emergence of cloud has had a strong impact on EMC’s core storage business, which has been witnessing a sluggish demand over the past few years (the overall Information Storage division of EMC has witnessed a CAGR of ~3% over 2012-14). While EMC has rejigged its focus to cover new storage products, this “strategic tweak” in itself is not expected to arrest EMC’s plummeting revenue growth. Therefore, EMC has put its bet on the “next big thing” in the IT industry – hybrid cloud.

EMC’s association with VMWare and Pivotal has ensured that EMC is no newbie to the cloud; however, the real sign of intent from EMC came with the launch of its Enterprise Hybrid Cloud Solution last year. The launch also coincided with a triplet of cloud acquisitions – Cloudscaling (an OpenStack IaaS solution developer), Maginatics (a cloud-enabled storage provider), and Spanning (a cloud-based application data security provider).

So what does Virtustream bring to the table?

As EMC looks to make a mark in the enterprise cloud market, the Virtustream acquisition offers multiple benefits to EMC:

The move to acquire Virtustream seems to be a logical one for EMC (although the revenue multiple of ~12X indicates some level of desperation on EMC’s part, given the ongoing stakeholder unrest). Also, given EMC’s traditional modus operandi of allowing its acquired entities to operate autonomously, we do not expect the acquisition to grossly impact Virtustream’s innovation capabilities (barring potential integration and cultural challenges)

Virtustream’s rationale for being acquired?

The development may have come across as a surprise for many market observers, given that the company was grappling with the idea of going public barely six months ago. While Virtustream was going great guns, the brand recognition of a cloud provider typically plays a huge role when it comes to large enterprises looking for sourcing options. Consequently, hitting the “next level” of growth trajectory potentially becomes a significant challenge for players such as Virtustream (especially with a large enterprise focus).

Therefore, it comes as no surprise that Virtustream’s CEO, Rodney Rogers, claims to have considered multiple suitors over a period of time, before choosing EMC (based on terms offered and a chance to become a part of the EMC Federation).

Does this point to more consolidation in the cloud IaaS market?

The EMC-Virtustream deal has been preceded by multiple notable acquisitions in the cloud market over the past few years (Terremark by Verizon, Savvis by CenturyLink, SoftLayer by IBM, Metacloud by Cisco, and GoGrid by Datapipe). As various players in the enterprise cloud market, be it global IT service providers, telecom providers, or public cloud providers look to gain a stronger foothold, it is hard to bet against other similar acquisitions happening in the near future. The question is which company will be the next one to get gobbled up? CloudSigma? DigitalOcean? Joyent? ProfitBricks? Or even Rackspace? That only time will tell.

Why Is Cloud Migration Reversing from Public to on-Premises Private Clouds?

Increasingly this year, we see many companies that aggressively migrated their work [...]