Have you noticed how few service providers have the ability maintain a market leader role when the market changes to favor new technologies, or new service models? It’s very difficult to make this shift, and I’ve seen very few companies achieve the shift – let alone do it three times. Just one. Wow!

If we look back at the service provider landscape in the early 1990s in the classic outsourcing space, the leaders in the service industry were Accenture, CSC, EDS, IBM, and Perot.

Then the growth opportunities shifted to the labor arbitrage model in the late 1990s and early 2000s. Suddenly the group of leaders changed to Accenture, Cognizant, IBM, Infosys, and Wipro.

Now as we move away from those classic leaders and shift to the new models (SaaS, BPaaS, platforms, and consumption-based), there are three leaders: ADP, IBM, and Salesforce. 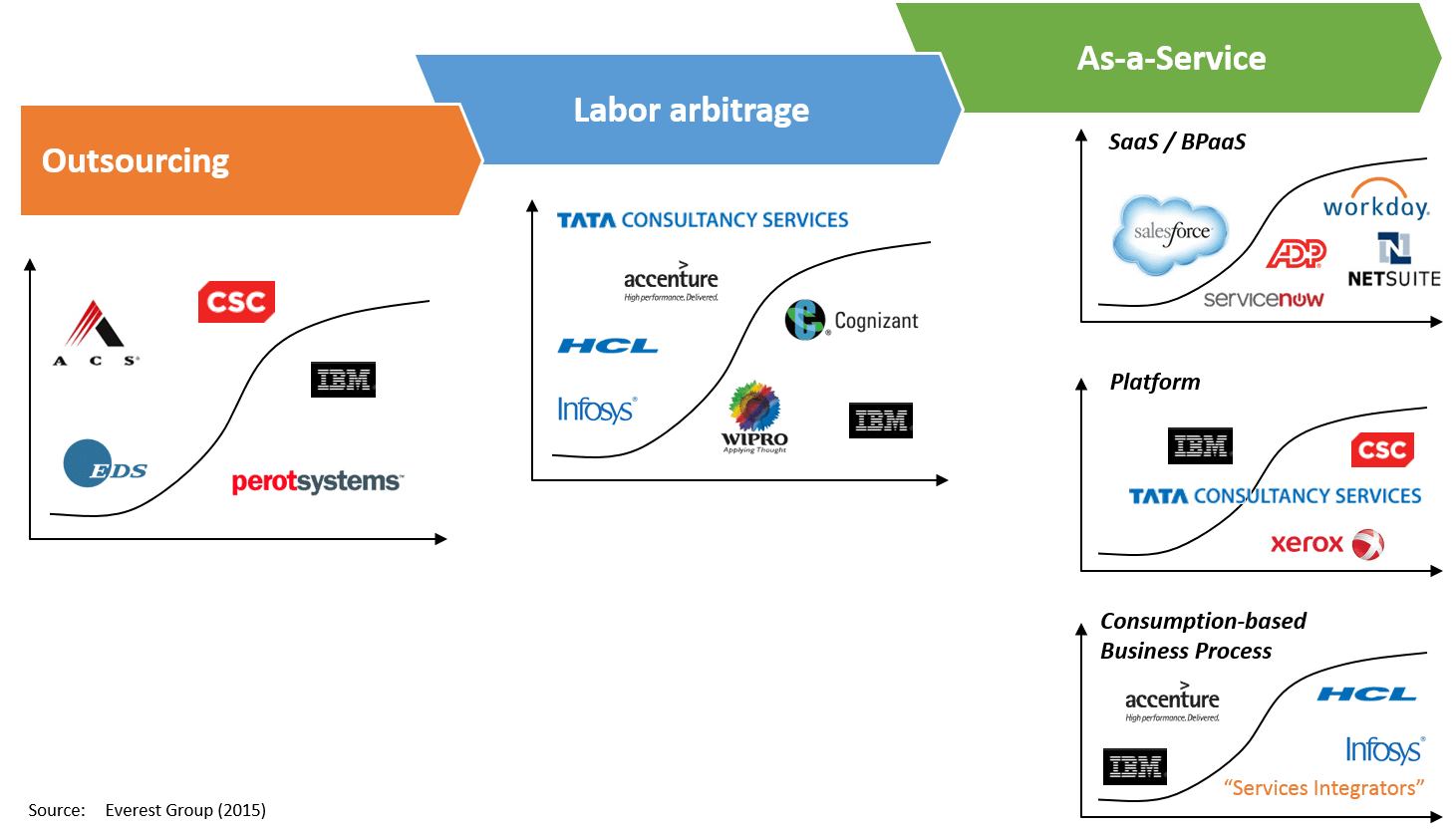 Looking back at the market leaders over the years, some have disappeared, as the figure above illustrates. EDS is now owned by HP, Perot is owned by Dell, and ACS is owned by Xerox. What stands out in the graph is that only one company has been able to consistently shift when the market shifts – IBM.

How have they managed to do this? Here are some lessons we can learn from Big Blue.

These four strategies have enabled IBM to maintain market leadership despite market shifts. They stand out as lessons for other firms seeking to stay relevant and stay in leadership positions in the market.

How a Recession Will Affect Software-defined Operating Platforms

The long arc of digital transformation at this point is about ten [...]

For Growth Objectives, Select A Service Provider Suitable For A Deeper Partnering Relationship

Companies that contract with third-party service providers to build and evolve digital [...]