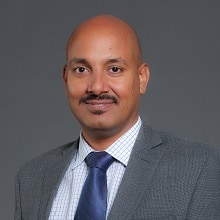 While robotic process automation (RPA) is creating opportunities for the newer breed of service providers, their more established competitors are feeling the pressure of change. RPA would cannibalize the established service providers’ labor arbitrage business which they have invested in for decades. At an initial estimate, we see a phenomenon of 40-40 emerging which means 40% of existing BPS work is likely to get impacted by RPA with a 40% lower cost impact. Free of this legacy, newer service providers can ride the wave of automation to gain market share quickly. Cannibalization is not the only threat to established vendors. The RPA disruption has coincided and in part fuelled the current trend for anti-incumbency. In 2013, for example, Everest Group research shows that over half of Finance and Accounting Outsourcing (FAO) contracts were taken away from the incumbent provider when they came up for renewal. In this market the newer breed of service providers could be seen as agile and unencumbered by legacy investments in labor arbitrage. However, established providers are also upping their game and this means it will likely be a buyers’ market in the mature BPS segments.

The Newer Breed of Service Providers

The newer breed of service providers are those which have either focused strategically on RPA as a growth engine (and have limited legacy non-voice BPS business), or which have been newly established as pure-play RPA-based service providers. Let’s look at the one illustrative provider in each of these two categories respectively – Sutherland Global Services and Genfour.

Sutherland Global Services (SGS), a leading contact center player, is arguably one of the first service providers to strategically focus on RPA as well as actively market it for the non-voice BPS space. It has made automation a key part of its proposition and is leveraging it to differentiate itself from other service providers that either rely heavily on offshore resources or global majors that can implement automation through major transformation and system integration projects. This strategic focus has led it to develop partnerships with RPA technology providers such as Blue Prism. It has also seen the company develop its own RPA software layer which links to and supports third party automation technologies. Another key capability that SGS has developed is a 24×7 control tower, which maintains existing automations to ensure continuous operations.

SGS refers to a recent contract win as a sign that its focus on RPA is paying off. As part of the RPA-led BPO deal with an European travel company, it is taking over two operational centers in Scandinavia and Estonia.  It already has circa 400 people in Sophia delivering transactional and front-office services. The largely U.S. based service provider will leverage the additional delivery centers to grow in Europe. That growth, according to SGS, is going strongly with annual targets reached and exceeded part way through its financial year. Other RPA-led deals are in the pipeline.

We believe, as a relatively newer service provider in the non-voice BPS space, SGS is transitioning to a mostly automation-enabled provider in the back- and middle- office. We estimate that automation currently accounts for 10%-15% of its FAO & middle-office services but is rising fast.

Genfour was founded in 2012 to offer a different way of providing back-office services. Today it offers Robotics as a Service, on a cloud-based infrastructure on-demand. The proposition to lower costs is strong given the benefits of automation combined with a cloud infrastructure. Its challenge is to win over skeptics that do not yet believe that robots can do as good a job as people in delivering business processes.

Genfour also offers consultancy, development and on-going run operations. It has gained six clients since it was established and these include organizations such as NHS Scotland, IFDS, Coral and RAC.

Genfour is building an annuity-based business model where, not only does it generate revenue from the reselling of robotic software but also from managing every robot that it operates on behalf of its clients. It is already achieving a high operating margin for a business process service provider at 22% in H1 2014. This is set to stay at 20% to 21% full year.

Both SGS and Genfour see the use of automation as a good fit to the increasing buy-side appetite for transaction or outcome-based pricing instead of the input/FTE-based model.  Genfour started out with its “as a service” model while SGS is in a transition state. It is offering banded pricing using virtual FTEs and some blended pricing where people and robots are mixed.

There has been a great deal of buzz about RPA in the market recently. This is making established service providers increasingly highlight their own automation capabilities and make new strategic alliances with third party automation software vendors. Examples include EXL, Infosys and Steria which have been largely using their own automation tools. In addition, some such as Steria and Genpact, have also set up partnerships with third party software vendors (e.g. Blue Prism & Automic). These and others will be looking to narrow the gap in mindshare between themselves and the new generation of service providers which have gained market share through strong messaging and strategic use of RPA.

Buyers are increasingly becoming focused on higher-end value proposition. They are willing to switch to a new provider, in case the incumbent is unable to deliver value beyond just labor arbitrage and basic process efficiency. Established service providers that are building on their RPA capabilities will be looking to make up for cannibalization of revenue by opening up new higher value opportunities such as analytics services. RPA can help them reduce internal costs too. Apart from helping the bottom line, given anti-incumbency, this would enable them to more easily absorb the cost involved in clients switching.

Everest Group will be publishing a report on Service Delivery Automation (SDA) shortly. It will be discussing the findings of the report at its half-day Robotic Process Automation event for buy-side clients in Dallas on October 22nd. Review the agenda and request an invitation.

Watch out for forthcoming research reports from Everest Group on anti-incumbency, analytics, and technology / automation in the BPS space for a deeper-dive into these dynamics.

Consider what’s now happening at companies that made investments in automation and [...]