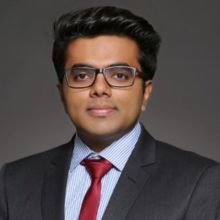 The Rationales Behind the Partnership

The intention of the deal for Apple is to enable its products to become go-to-offers for large enterprises. It also principally underlines the company’s immediate need to expand its presence in the enterprise world, as consumer sales peak and competitive intensity in its core market heightens. Meanwhile, IBM hopes Apple’s mojo can help revitalize its fortunes after nine consecutive quarters of year-on-year revenue decline, as it places its bets on mobility in the workplace. It will also help IBM solve its big data and analytics growth issues (i.e., providing Watson with much needed impetus through enhanced mobile users’ data), forming a pivotal part of a new growth story. (To this point…think back three decades to Apple’s iconic television commercial titled “1984,” when it attacked IBM as an evil Big Brother figure. Talk about a 180-degree turnaround!) iPhones and iPads are already owned by employees in large enterprises but are hard to manage and govern. IBM can leverage its enterprise-wide system management expertise to make a compelling value proposition, complementing its Fiberlink acquisition (a provider of cloud-based enterprise mobile management solutions). Additionally, it will help IBM cement its reputation as a leader in the “mobile first” movement in enterprise solutions.

Microsoft will feel most uneasy about this alliance, as while its products are ubiquitous in corporate PCs, it has been a laggard in serving the mobile workforce. This is a critical whitespace its new chief, Satya Nadella, is determined to fix. Google, Samsung, and the Android bandwagon will also feel threatened, given their recent push in the enterprise market. To allay fears about Android’s security for enterprise use, Samsung has built a system called Knox into its devices. Last month at its developer conference, Google announced that it would embed software elements of Knox in the next version of Android. They will also have to look at alliances with other enterprise-focused vendors to shore up their business case. Also, if IBM becomes the de facto champion for iOS, it will have potential ramifications for other service providers such as Dell, HP, and CompuCom.

Apple has not targeted enterprises with any zeal in the past. Steve Jobs was infamous for his contempt for selling to enterprises, even referring to CIOs as chief information “orifices.” While the Tim Cook era has seen Apple making small but significant progress in courting corporate stakeholders, IBM’s significant experience in the space makes Apple/IBM a very unlikely pairing. Apple and IBM have drastically different people cultures. Any effective partnership will need to account for these differences. They also have very different go-to-market and channel strategies, which will result in friction over the direction the alliance takes. Their sales motions tend to be at odds, with IBM solutioning for a client, while Apple caters to essentially product categories. IBM has defocused severely from the end-user computing space. Does this alliance signal a revival in this regard? The companies’ divergent investment attitudes will make joint investments problematic. To complicate matters further, both have stark but strongly held philosophies about design, customer support, and sales, making collaboration painful.

Partnerships and alliances such as this are notoriously difficult to manage. Both organizations will find it challenging to bring two entirely different culture sets to work cohesively as one. The alliance will need sustained resources, time, and senior leadership investments, along with a steadfast commitment to change management. Given the complicated dynamics sweeping the enterprise market, IBM and Apple have certainly stolen a march over rivals. We will need to keep an eye on the investments both are making into the alliance, the steps they are taking to mitigate the challenges, and the success stories that emerge as a result.

One thing is certain. The enterprise IT market is in for some interesting times. For further insight into the enterprise mobility space, check out our recently published viewpoint.

What Analytics Hot Spot Is Right For Your BFSI Business?

Enterprises that operate in the BFSI industry are the biggest consumers of [...]