While the upsides and downsides of outsourcing and offshoring as sourcing models tend to grab the lion’s share of press coverage, global in-house centers (GIC), formerly called captive centers, have made quieter, yet significant, advances. Indeed, parent companies’ rankings of their GICs’ savings and service level performance were considerably higher in Everest Group’s 2012 GIC Value Diagnostic survey than in its 2007 survey (see Figure 1). 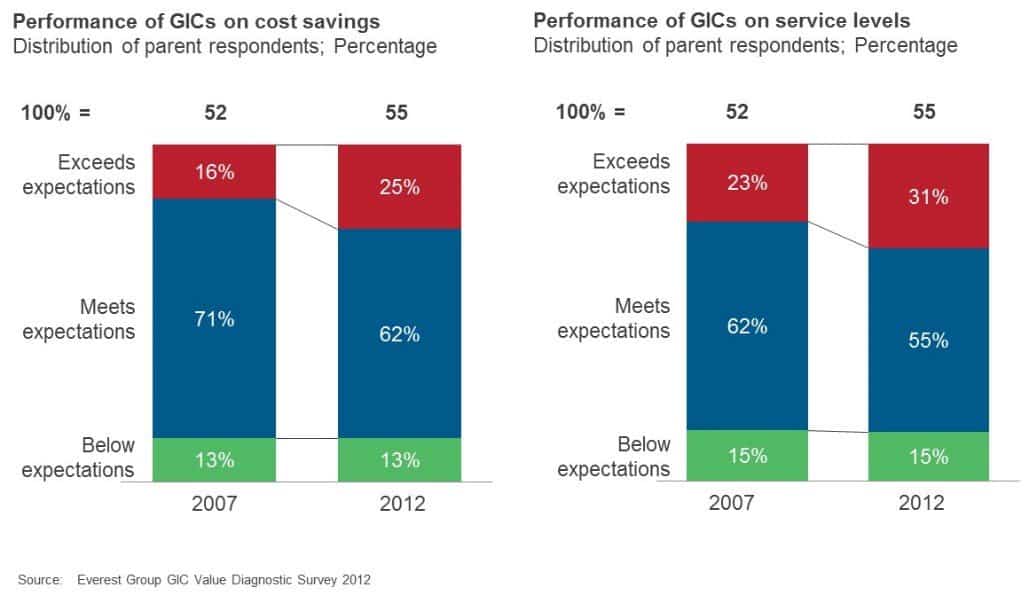 As a result, it comes as no surprise that both GIC and parent company stakeholders reported that the GIC model will affect their use of third party providers going forward (see Figure 2). Most of these stakeholders are mature adopters of the GIC model. 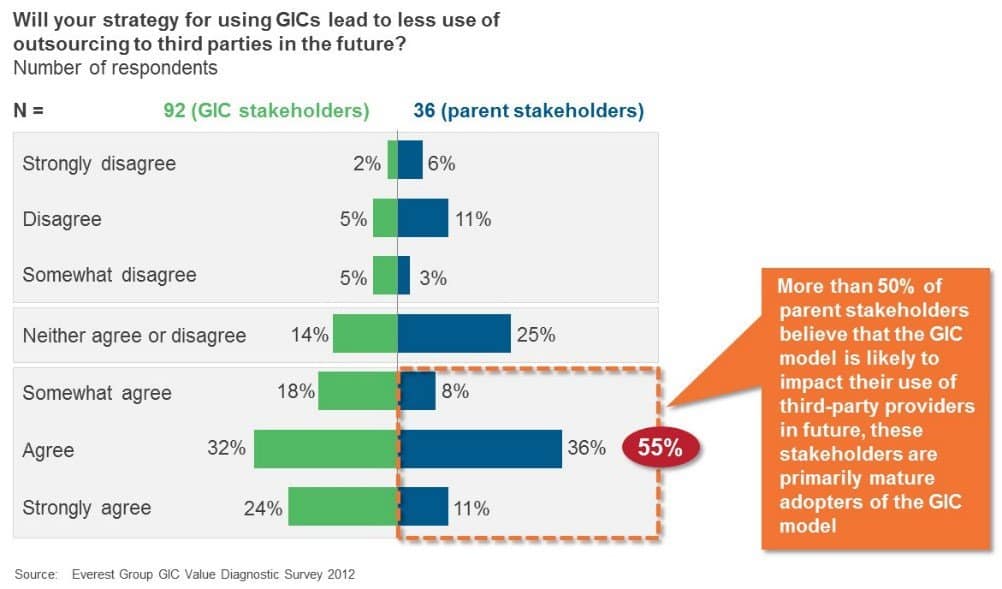 There are numerous reasons GICs are gaining traction and status. First, as they mature, they are better able to serve their enterprises across a variety of dimensions including scale achieved, scope of services managed, complexity of work delivered, and level of ownership demonstrated. GICs have not only grown significantly but have also expanded their portfolio to serve multiple lines of business and business units within their parent organization. They are evolving to become extensions of the enterprise, rather than just being a provider of services to it.

Second, GICs’ ability to offer multiple benefits beyond savings, (e.g., process improvement, process transformation, center of excellence-orientation, etc.), to parent stakeholders adds to the compelling proposition of the model. GICs have built process re-engineering, process excellence and technology capabilities in the context of the enterprise. Further, access to tribal knowledge positions them well to serve the parent organization more effectively.

Third, other factors such as need for increased control, minimization of portfolio concentration with third party service providers, and risk diversification may also lead to sourcing decisions in favor of GICs.

Will the pendulum swing toward GICs? As sourcing model selection is a highly complex decision and there is no one size fits all approach, Everest Group believes both the GIC and the third party models will continue to play their own parts, complementing each other in some shape and fashion.

To get your complimentary copy of summary of 2012 survey findings, please write to [email protected].