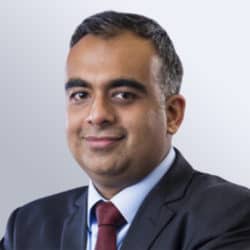 Per our observations of the evolution of the service provider landscape before and after the recession, the single most important factor we have seen for creating differentiation in the IT applications outsourcing (AO) market is significant strengthening of vertical/domain expertise. And recognizing the need for “vertical-specificity” in the AO market, earlier this year we launched an annual research initiative focused on assessing market trends and service provider capabilities for AO in the banking, financial services, and insurance (BFSI) vertical.

One of the first results that emerged from this research initiative was the Everest Group PEAK Matrix for large banking AO contracts. In a research study released earlier this week, we analyzed the landscape of AO service providers specific to the banking sub-vertical. In a world in which everyone and their uncle delivers AO services to financial services clients, this report examines 22 service providers and establishes the Leaders, Major Contenders, and Emerging Players in the banking AO market. 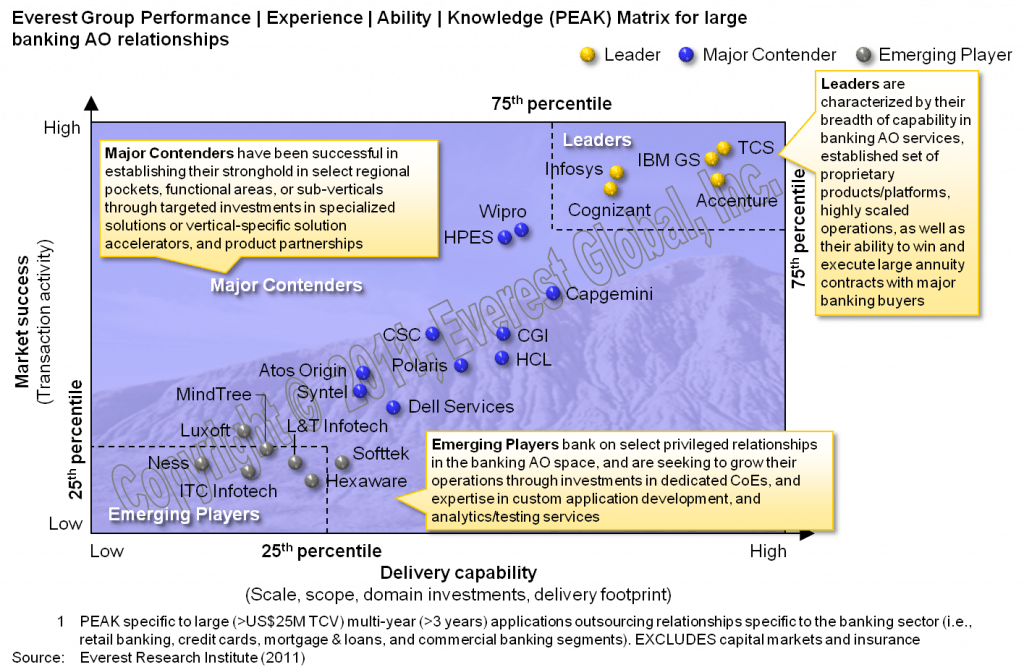 As we congratulate the five Leaders (Accenture, Cognizant, IBM, Infosys, and TCS), and acknowledge the capabilities and achievements of the Major Contenders and Emerging Players, we also want to highlight three inter-related market themes that suggest the PEAK Matrix in 2012 for large banking AO relationships may look significantly different:

The Matthew effect: Buyer-driven portfolio consolidation is giving rise to the Matthew effect which (in sociology) states that, “the rich get richer and the poor get poorer.” In the context of the banking AO landscape, the Matthew effect translates to “the big get bigger.” Banking AO buyers are placing disproportionate emphasis on domain expertise as a key decision-making criteria for selecting their service providers. Scale influences a company’s appetite to invest in developing vertical/micro-vertical-specific domain expertise, which in turn determines market success, which ultimately impacts growth and scale. This vicious circle of scale fueling scale is increasing the polarization in the marketplace, and could further widen the gap between the Leaders and the Major Contenders and Emerging Players.

Accelerating M&A: In response to the Matthew effect, as the Major Contenders and Emerging Players seek to achieve the next level of growth, mergers, acquisitions, and alliances will accelerate. M&A will play a significant role in service providers looking to achieve quantum leaps in capability and performance. The M&A activity is likely to significantly alter the landscape in the coming months to create a new set of Leaders and Major Contenders, In fact, since we finalized the Banking PEAK, Emerging Player  Ness Technologies  has already changed ownership.

Given the above three market forces, how much will the landscape of service providers you bank on (pun intended) change in the months to come? Only time and we can tell. Keep watching this space for more!

Metaverse Trends that Can Redefine the Hybrid Work Model

Companies in every industry are moving down the path of software-defined platform [...]

The Mess of DevOps and SRE: The Rise of Platform Engineering and Product Managers

Platform engineering and product managers appear to offer a solution to some [...]