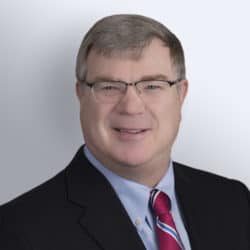 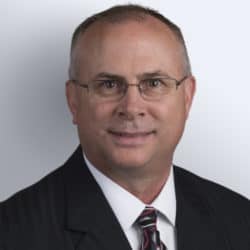 Improv Performances and the Cloud: Metaphorically the Same | Sherpas in Blue Shirts

Remember “Whose Line is it Anyway?” the hilarious U.S. comedy improv television program hosted by Drew Carey, or its sister show in the United Kingdom? Many of its sketches went something like this:

An audience member shouts, “You’re the on-air team for a local television news program!” Using that one directive as the starting point, the first actor decides to be the sportscaster and jumps out of his seat and pretends to reenact the slam-dunk winning shot from the previous night’s basketball game. Picking up a cue from him that they are broadcasting live at 3 a.m., the second actor, who takes on the role of the news anchor, becomes increasingly intoxicated during the program, drinking alcohol from her imaginary coffee cup to continue her bender from the previous night. And the third actor becomes the weatherman, a Broadway singer wannabe who breaks out into a rendition of “The Sun Will Come Out Tomorrow,” while giving the extended forecast. The by-now highly inebriated news anchor tries to throw her coffee cup at him, but instead falls out of her chair, while the sportscaster jumps over the pretend anchor’s desk and catches the “fly ball” coffee cup.

How did they spontaneously come up with that funny stuff to achieve their goal of entertaining their audience? They used an improvisational technique, “Yes, And…,” wherein the starting point is an underlying structure or rule – in this case, the audience member’s proclamation of “on-air team for local television news program” – and from which each highly skilled actor then works together, adding new pieces of information to progress the scene and deliver the always-enjoyable end-result.

What does this have to do with the cloud?

Think about it this way. Improv sketches operate on two basic rules: there’s the underlying framework to which the actors must adhere – per the above example, “on-air local news team” – and the “Yes, And…” principle. The improv actors and the cloud are analogous in that cloud users must accept the offering and its underlying framework as is, then add to it with their own plug-in elements, the “Yes, And…”.  And the television audience is analogous to cloud users. The ways in which different users may use the cloud are limitless – just as the sketch example above could instead have been “passengers stuck on a subway”, “truckers in a late night diner”, you name it – but the underlying framework is always the same. Additionally, both improv and the cloud are essentially fail-safe. In improv, if one actor runs out of steam, another immediately jumps in to move the sketch forward. Similarly, cloud offerings have built-in SLAs and redundancy measures so users never have to worry about things like data back-up or server outages. It’s all seamless and transparent, as the fall-over is architected into the solution. And in the end, the audience members and the cloud users end up with a satisfying experience, and a consistent and predictable outcome which meets their objectives.

We recently spoke with the CIO of a major multinational manufacturing company who was apprehensive about the prospect of cloud adoption in her company. Her chief concern was that her company’s business units and functions would have access to high-quality cloud technologies via channels outside the traditional IT environment, which in turn could lead to lack of quality and resilience, risk and security issues, etc.

But when we started talking about cloud computing using the improv metaphor, she finally had an “ah ha” moment. We helped her understand that the cloud can safely deliver on all the attributes about which she was concerned, albeit without the overt top-down rules traditionally provided by CIO organizations. Instead, the cloud works due to a loosely scripted yet robust underlying set of rules bolstered by each of the participants’ ability to bring their expertise – the “Yes, And…” – to bear on a safe, secure, consistent, repeatable, and beneficial outcome.

What’s your cloud computing “Yes, And…”?

Business Leaders Must Understand How IT Is Fundamentally Changing

IT is fundamentally changing how it operates. The changes are broad and [...]

How The CIO Role Must Change Due To Digital Transformation

Digital transformation is sweeping through businesses, giving rise to new to new [...]

Video: Digital Transformation and The New Breed of CIO

https://youtu.be/NWbEHkGAAps Over the last year, it seemed that CIOs faced an existential [...]

As part of our Pinnacle Model™ methodology and benchmarking, Everest Group recently [...]